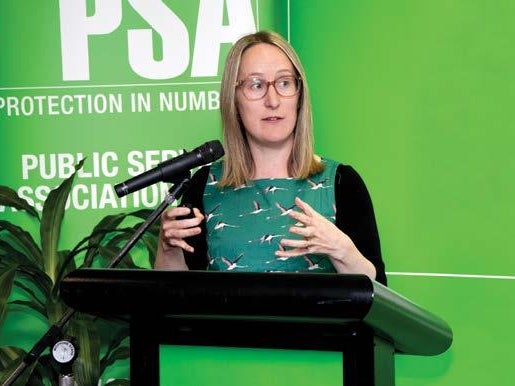 WHY WE ARE CAMPAIGNING FOR AN END TO PRIVATISATION

“We don’t have a privatisation agenda,” and “The best chance for our public sector to grow is under a Liberal government,” were public commitments given by the Liberal leader at a PSA pre-election forum in February 2018.

What we’ve seen since the election, however, is one budget cut and one privatisation after another. This is despite strong public opposition and mountains of evidence showing privatisation just doesn’t work.

A recent survey conducted by SA Unions has shown a clear majority of South Australians are against privatisation. Committing to investing in public services rather than selling them should be obvious for both the government and the opposition.

Any alternative government must take a principled and committed position on privatisation.

For some time now the PSA has been calling for a parliamentary inquiry into the privatisation of public services. Recent events in what is now the Department for Infrastructure and Transport show that it can’t come soon enough. On August 25 it was revealed that Department for Infrastructure and Transport CE Tony Braxton-Smith had hand-picked three former Sydney-based associates for million-dollar contracts because, in his words, “the local talent pool was not up to the task”.

Answering questions from a parliamentary committee, Mr Braxton-Smith claimed he was unaware of the controversy surrounding the resignation of former New Zealand Transport Agency CE Fergus Gammie, to whom Braxton-Smith handed a $1.4 million contract to manage the privatisation of our train network.

The public needs to be aware of the deals being done to enrich wealthy private sector bureaucrats and the shareholders of multinational corporations.

The Advertiser reported that Gammie had resigned from his New Zealand post following a number of scandals, including the recall of around 20,000 vehicles after inspectors were suspended for sub-standard work. In one case, the substandard work caused the death of a 65 year-old man.

Mr Braxton-Smith led the rush to public transport privatisation in NSW and since being employed by the Marshall government, has overseen the slashing of jobs and the privatisation of services here in South Australia – road and signal maintenance, trams, trains and government facilities management have all been gifted to multinationals since his arrival.

The public needs to be aware of the deals being done to enrich wealthy private sector bureaucrats and the shareholders of multinational corporations. A parliamentary inquiry will help to shine a light on these deals but also on the undermining of public sector principles, for example, expensive contracts to former associates by direct appointment.

The PSA is leading the way

PSA members and allies have achieved some significant victories in 2020. We led the public campaign to stop the privatisation of SA Pathology – its world leading performance during COVID-19 no doubt focussing the government’s attention on the importance of maintaining it as a public health service.

With community allies, the PSA campaigned successfully to stop the privatisation of Service SA and the Motor Registry, and we supported the campaign that forced the government to overturn the axing of around 900 public bus stops.

In conjunction with the Rail, Tram and Bus Union (RTBU), the PSA has garnered considerable public opposition to the privatisation of trams and trains, and our campaign against these government decisions continues. Labor has committed to returning trams and trains to public control if their party wins government at the next election. PSA and RTBU members will need to stay active in this area to ensure Labor are held to that commitment.

With Across Government Facilities Management and Road and Signal Maintenance being privatised, the Community Youth Justice Orders program and Infant Therapeutic Reunification Service under threat, and budget cuts threatening jobs and services across the public service, we have our work cut out to protect our public sector from even more harm.

PSA members can stay informed about our campaign activities and stay up to date on the latest developments by reading our regular member briefs, following our Facebook page, and regularly checking the PSA website.

This story is from:
Public Sector Review | October 2020
by Public Service Association of SA