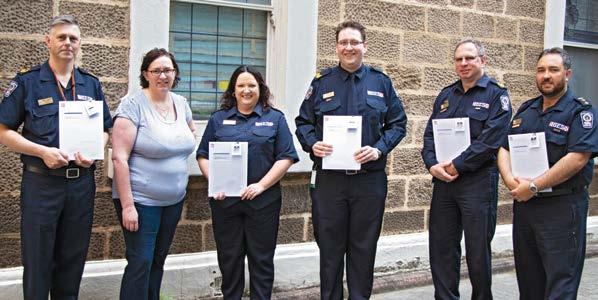 Solidarity at the fire front

For the first time in the PSA’s history our Worksite Representative’s Forum took place in cyberspace.

In August the PSA held its first ever online Worksite Representative’s Forum, and while we would rather not have to beam in WSRs and presenters in the future – there’s a lot to be said for face-to-face learning and interaction – the forum was a great success.

Around 80 WSRs attended the all-day Zoom meeting which is a stellar effort, especially given the Zoom overload we’ve all been experiencing since the onset of the pandemic. The turnout reflects the dedication of those PSA WSRs and the excellent program organised by the PSA training team.

David Peetz is an authority on union membership, education and reform and is much admired in the union movement for his easy-going nature and razor-sharp wit. His presentation, “Reps Matter”, focussed on the importance of WSRs in the workplace and ensuring they are educated and supported by the union. David’s research highlighted that when the activity of WSRs in the union is high, so too is union success. The key take-away: Worksite Representatives must be well-trained to lead the members at their worksites.

PSA Manager Policy and Strategy, Austin White, addressed WSRs on enterprise bargaining (EB) and the PSA’s priorities. Austin told WSRs that the union’s EB approach is based on the democratic, responsible and accountable structures of the PSA; that it is specifically based on unanimous PSA Council resolutions and that the highest priority for PSA members is job security.

Austin reiterated that Appendix 1 (Retraining, Redeployment and Redundancy), negotiated in the previous enterprise agreement, is based on good IR practice, good HR practice, and good vacancy and case management practice.

Worksite Representatives must be well trained to lead members at their worksites.

“The fact that the government says it is too hard to implement Appendix 1 is not a good reason to water it down,” he told WSRs.

“If Appendix 1 stands between a member keeping their job and a member losing their job, then I for one as a union member will not apologise for that, and no one at the PSA will either,” he added, drawing wide applause from WSRs present.

Victoria Fielding lectures at both UniSA and Adelaide University and has been investigating what she calls Public Sector Narratives – research the PSA and other public sector unions have been drawing on as part of our campaign against privatisation. Her conclusions regarding the narrative South Australians use to understand the public sector are derived in part from a poll of 1000 people representing diverse demographic backgrounds in the South Australian community.

The poll shows the general sentiment in the community towards privatisation is negative, that most people believe the public sector belongs to everyone, that the vast majority believe the government should deliver public services and that services are better when run by government.

These findings debunk the narrative we hear from the state government and those looking to profit from public assets. Their pitch, believed in some quarters, is that the private sector is cheaper and more efficient. Victoria concluded that despite a dominant neoliberal framework, the public trusts and respects the public sector, and is broadly opposed to privatisation.

PSA Assistant General Secretary Natasha Brown demonstrated to members how the PSA is progressing its SA Not For Sale campaign, working both on the ground and using mainstream and social media to educate the wider public on the importance of public services and the consequent impact on them when services are privatised. The PSA is continuing to campaign strongly against the Marshall government’s privatisation agenda.

The forum provided a good opportunity for the PSA leadership, staff and WSRs to come together to discuss and further our campaign objectives in a number of strategic areas.

We look forward to the next PSA Worksite Representative’s Forum in 2021 – hopefully in person!

Want to become a Worksite Representative?  Contact your worksite organiser or the PSA Members' Rights Hotline for details.

This story is from:
Public Sector Review | October 2020
by Public Service Association of SA