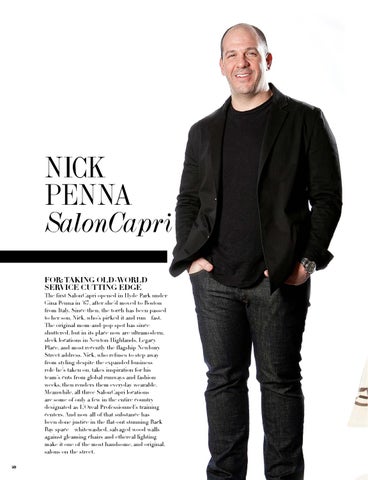 The first SalonCapri opened in Hyde Park under Gina Penna in ’67, after she’d moved to Boston from Italy. Since then, the torch has been passed to her son, Nick, who’s picked it and run—fast. The original mom-and-pop spot has since shuttered, but in its place now are ultramodern, sleek locations in Newton Highlands, Legacy Place, and most recently the flagship Newbury Street address. Nick, who refuses to step away from styling despite the expanded business role he’s taken on, takes inspiration for his team’s cuts from global runways and fashion weeks, then renders them everyday wearable. Meanwhile, all three SalonCapri locations are some of only a few in the entire country designated as L’Oreal Professionnel’s training centers. And now all of that substance has been done justice in the flat-out stunning Back Bay space—whitewashed, salvaged wood walls against gleaming chairs and ethereal lighting make it one of the most handsome, and original, salons on the street. 50 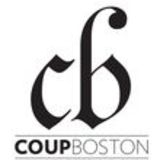