They Came Before Us - ebook 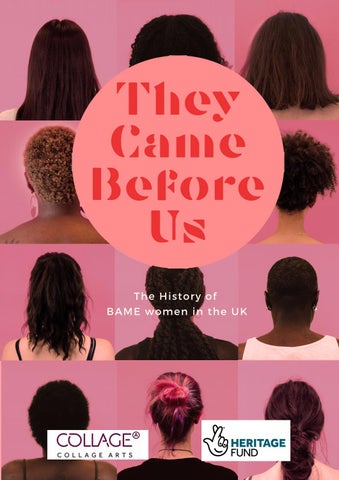 The History of BAME women in the UK

We are often taught about King Henry VIII and his wives in school, but rarely taught about black women within Tudor history. Being a lady-in-waiting meant that she was the main person that advised and attended to the Queen, the role itself was very high profile which meant Catalina was seen as a noblewoman within society. The photography in the exhibition explores the intimate relationship Catalina may have had with Queen Catherine of Aragon

Women of this world This is about women, and our own language. Our organicity and instincts, the spontaneous melody of our presence. About sisterhood and womanhood. About femininity, and about our delicate and powerful bodies, individually, together. It is about our most intimate secrets, about our cycles and the undeniable and immediate connection to mother nature, to earth, fire, moon, life. It is about our blood and our suffering, our fights and our achievements. This is about our sensuality, and us as a complex universe of meaning. It’s about our passion and intensity as driving forces along history. This is about our similarities more than our differences. It’s about how we perceive and capture the world with just one look. This is about Catalina and Catherine&#39;s special bond, all that we don&#39;t know, all that nobody ever knew, their secrets, their interior life and deepest thoughts. Them, together, individually, seeking for meanings, looking for more. Just like us. Women of this world.

Zaha Hadid Who ? Award winning iraqi born architect Her story Zaha Hadid was the first and only woman to be awarded the Royal Gold Metal from the Royal Institute of British Architects. She won the most prestigous UK architectural award (Stirling Prize) She was also the first woman to receive the Pritzker Architecture prize. ZahaÂ Hadid&#39;s work was popular and powerful, the shapes and colours of her designs really made her stand out in what was and still is a very male dominated industry. Zaha&#39;s work was said to have liberated architectural geometry, she was quoted to be &quot;Queen of the Curve&quot;. The Zaha Hadid section of the exhibition includes four audio pieces and one video written and made in response to her work. The viewer is encouraged to relax on the bed, put on the headphones and listen to some of the Zaha inspired spoken word.

Click link to. Queen Philippa of Hainault&#39; video produced by the Film team.

Lilian Bader Who ? One of the first Black women to join the Royal Air Force during World War II Her story Lilian Bader was orphaned at 9 years old and was raised in a convent. She was fired from a canteen job because of her race, She was one of the first women to train as an aircraft instrument repairer for the Royal Air Force. She became the Leading Aircraftwoman in the Royal Air Force. Lilian Bader&#39;s life story represents perseverance and achievements amidst adversity. Becoming a leading technician in the RAF as a black woman is something that is still not highlighted today. With such a powerful story missed out from such a popular era, our exhibition reimagines what it would have been like for Lilian Bader to be included in mainstream. The Lilian Bader section of the exhibition invites us to look at some of the takeaways from a reimagined Lilian Bader exhibition. This section also invites us to check out the magazines made in response to her life and grab a postcard.

Click link to Video produced by the Visual Arts team

“THE INTERNET TAUGHT ME MORE ABOUT BAME HISTORY THAN I LEARNT IN SCHOOL, LEARNING ABOUT WOMEN I CAN RELATE TO AND THAT ALSO LOOK LIKE ME MAKES ME FEEL RELEVANT” - SARAH BULLER

&quot; I loved the interactivity of the exhibition it allowed me to be immersed into another world and learn about new perspectives. &quot; &quot; Super refreshing- a beautifully executed look into women who belong to the BAME society. &quot; &quot; Aesthetically pleasing, great message to uphold &amp; spread. We are beautiful. &quot; &quot; Instantly eye-catching from the outside, love the modern delivery of historical stories. Eye opening, interesting. Leaving the exhibition with lots to think about - Fab!! &quot; &quot; So touched &amp; inspired &amp; emotional. I think this work is so important and I commend you for doing it. Thank you! These stories need to be heard. Loved every bit of it.

Stills from a video exploring a fictional, re-imagined life of a BAME woman in her bedroom.

They Came Before Us - ebook

E book for the Collage Arts Heritage Lottery project, They Came Before Us - Importance of Women of Colour in UK's history. www.theycamebeforeus.com www.collage-arts.org 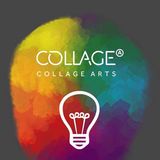