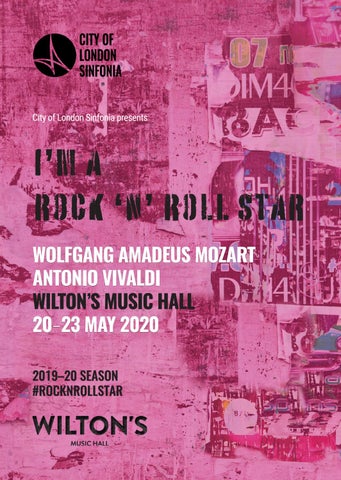 Mozart and Vivaldi were the original rock ‘n’ roll stars. Both took cities famed for parties by storm, were virtuoso performers as well as composers, and led lives that were as chaotic and incident filled as any rock ’n’ roll colossus from the 60s, 70s or 80s. In May 2020, City of London Sinfonia (CLS) presents the music of these incredible composers in the exhilarating and intimate atmosphere that they would have known in their own day – more akin to a smallscale gig than the concert hall – at Wilton’s Music Hall. Pianist Robert Levin and Norwegian violinist Terje Tønnesen each recapture the party spirit and decadence of the composers’ cities – Mozart’s enlightenment Vienna and Vivaldi’s baroque Venice.

Wednesday 20–Thursday 21 May, 7.30pm Mozart was the bad boy of late-18th-century Vienna. He was famed for gigs where he would turn up with armfuls of new piano concertos, and then promptly improvise many of the solos to the amazement of his musicians and audiences – the Jimi Hendrix or Kurt Cobain of his day. Legend has it that Mozart would ask his audience for ideas and popular tunes of the day and would then improvise solos based on these on the spot. In our first programme at Wilton’s, Robert Levin performs two concertos, improvising the cadenzas as Mozart would have done in his day. He also improvises a fantasia in the style of Mozart, using ideas and tunes suggested by the audience. Programme includes: MOZART MOZART

Vivaldi was at the centre of musical life in baroque Venice. The flame-haired ‘Red Priest’ was an impresario, a constant schemer, always ready for the next (well paid) gig and a famed composer violin virtuoso. In programme no.2 at Wilton’s, Terje Tønnesen brings an irreverent approach to Vivaldi’s music that the composer would have recognised – thrilling performances, with his own unique take on Vivaldi’s most famous work, The Four Seasons, with City of London Sinfonia. Combined with music by other violin virtuosos from history, this is a gig that recaptures the party spirit and decadence of Vivaldi’s Venice. Programme includes: SHOSTAKOVICH Chamber Symphony, Op.110a XENAKIS / BIBER Entrata (improv. mix) BIBER Battalia à 10 VIVALDI The Four Seasons City of London Sinfonia Terje Tønnesen Violin/Director

Saturday 23 May, 2.30pm | Relaxed Concert City of London Sinfonia performs Vivaldi’s most famous work, The Four Seasons, in a relaxed, afternoon performance. This is an adapted version of the evening programme, featuring introductions from the Orchestra’s musicians. Relaxed concerts have a more informal atmosphere and aim to create a relaxed environment for everyone, from young children to older adults. Houselights will be up and people are free to move in and out of the auditorium. Programme includes: VIVALDI

*Available at the CLS Box Office only; limited availability 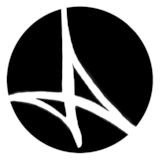 Mozart and Vivaldi were the original rock ‘n’ roll stars. Both took cities famed for parties by storm, were virtuoso performers as well as c...

Mozart and Vivaldi were the original rock ‘n’ roll stars. Both took cities famed for parties by storm, were virtuoso performers as well as c...