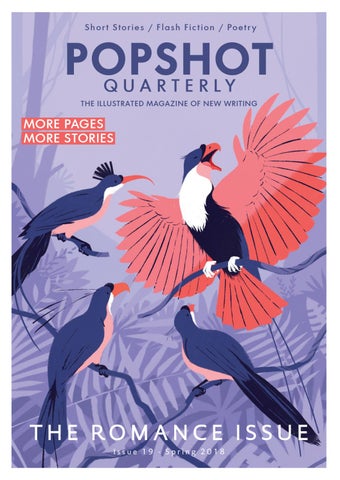 15 A RECEIPT FOR OUR ROMANCE

34 A LIGHT Poem by p.Lane Illustration by Bren Luke

Stretching its long legs and shaking the sleep from its eyes, our home decided to move. This, of course, surprised us. You jumped out of bed and ran to hold shut the rattling cupboards. I went around collecting the paintings from the walls and stacked in safe layers the history of our bad taste. As the landscape changed, we watched the prairie give way to skyline to skyline to skyline as our home sprinted from one city to another. Trinkets from a dozen travels vanished. Shelves toppled over. Books-I-promised-toread flew out of windows and doors. We lost the cat somewhere in Pennsylvania. Things come and go, and we cannot save everything â&amp;#x20AC;&amp;#x201C; though you still sometimes talk about that missing sweater. For years our home kept its pace, and we spent many nights wondering what it was searching for. We never found an answer, but eventually, our home slowed from its youthful sprint to a walk. What we learned from watching the lives of others is that some homes run until they are tired, others until they break. I wish we had that coffee table, and I still feel bad about the cat, but I think we have done well. We are no longer where we started, but we are still here, and how good it has been hanging on for dear life with you.

Jeremy Russell flipped the memory stick between his thumb and forefinger. For several hours it had sat untouched on his desk, filling up the place with whispering danger. He’d decided over dinner to plug it in that evening, or destroy it for good. The letter arrived not long after the funeral, when Jeremy learned for the first time that his wife had signed up to a company specialising in what it called the ‘digital legacy’, a service which promised to ensure your story lived on when you could not. That she’d kept it secret was not surprising, neither was how she found the money to pay the fee, which he’d since learned was extortionate. Until her death, he’d been totally ignorant of their finances; she had handled everything, and he provided a signature here and there. But why she would want this, the woman who over thirty years of marriage had not kept so much as a diary, who never held with nonsense even for a second, he just could not fathom. Jeremy worried that the whole thing was a test. To begin with, he ignored the letter, stuffing it into a shoe box overflowing with bank statements and electricity bills. In recent months, his study had become a convenient place to lose things he didn’t want to deal with. It was a room set aside entirely for his things, his hobbies, his clutter as she called it. Her rooms, the rest of the house, were stylish, minimalist; not bare but clean. Everything still smelled new. Jeremy preferred the smell of old books, yellowing newspapers scattered across his desk and escaping from drawers, spine-cracked biographies piled on bending shelves, a wooden chest, which he’d laboured over for the past five weekends, sitting half-finished in the corner. The room was getting steadily harder to move around in, but a little mess was inevitable with the time he spent keeping the rest of the house exactly as his wife left it. After some weeks, a representative from the digital legacy company called him at home. Jeremy was invited to a warehouse with cathedral ceilings and rows of impossibly small telephones and laptop computers which looked to him like shiny insects. Except for a few young, mournful types who walked the aisles in respectful silence, the place 45 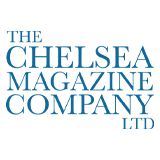