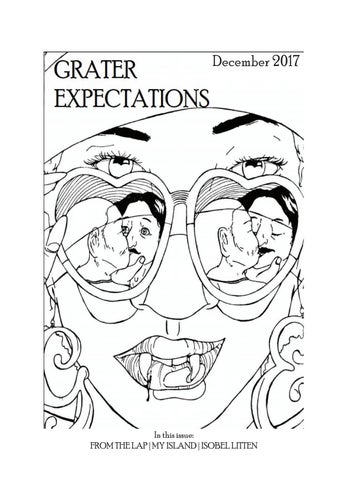 In this issue: FROM THE LAP | MY ISLAND | ISOBEL LITTEN

FROM THE LAP Here we are, right here, right now, reading this overlong and frustrating sentence like your soul depends on it. That’s determination. In this issue, we have Roxy re-considering the contraceptive pill, an interview with guest artist Isobel Litten as well as various attempts to kick misery in the dick through ‘comedy’. Ms. Anthropy, Editrix.

The Alien Advocate Ever considered a machine’s sexuality? Are we not more than simple entities that hunt oestrogen ? Ever wanted to visit the rat-shrine on a moonless night? Dive into the surreal, sci-fi brilliance that are the games of Porpentine, lovingly crafted interactive novels that tackle issues of sex and gender in our Anthropocene and all utterly free.

MY ISLAND – Roxane Metzger ‘A PILL RATHER HARD TO SWALLOW’ We decided something, along with a couple of friends: not taking the pill is the new feminist struggle It was after one of them got in a fight with her boyfriend, one that we’ve all had or felt like having at some point, after someone casually/cheekily said: “why don’t you go on the pill?” Understand: so we can unveil his penis and free it from the evil clutch of the condom. Let’s see - why don’t I? It’s not just men who would have us swallow it whole, don’t get me wrong. We all have great relationships with our grandmothers, and we’ve all noticed a pattern. Mine insists she used to wear miniskirts in Algiers in the 60s (and to be fair, she kind of still does). My friends’ European grandmothers tell them theirs was a “bra burning generation” - and we wonder: do they think we’re just a bra-push-upping one, lowering our guard as we pull up our boobs ever higher? We’re also all truly proud of them. My own grandmother left her country rather than leaving her god-given right to wear tight clothes, and so her four daughters could laugh as loud as she always had. And in her mouth, that very freedom is encompassed in the pill: “Take it every day and you shall be free, benti.” We try to imagine how liberating it must have been to suddenly have the power to alleviate the stomach-sinking anguish of unwanted pregnancy. Those of us who’ve had the scares can go from there...

Peruse the games at Now I’ve always been a health Chernobyl, and by a mixture of mismanagement and bad luck I’ve peaked recently with breast From the producers of FARAGE! cancer, so the pill is not an option for me - and I like to think that makes me a good comparative case. I can’t be on the pill, and it would be extremely dangerous for me to become pregnant, and yet The Musical! Relive your bigoted childhood in what crit- getting partners to use condoms is still something I have to continuics call ‘a live aneurysm on stage’! ously work on - that is where my guard cannot go down. For the rest of us, even for the health Icelands out there (sounds like a good Experience that 80s magic with such classic place I guess), my friend Lily put it best, mums and nans: why would numbers as we risk depression, hormone deregulation, strokes for those of us ‘Almost or Mostly Wrong!’ who smoke and yes, weight gain for some of us who don’t - all so the ‘Watch My Children! It’s the Bloody 80s if men we sleep with can be one hundred and fifty per cent comfortyou haven’t noticed’ able inside us? Not being on the pill is, conversely, the way a lot ‘It Was a Different Time…’ of us make sure we insist on using condoms, which we all seem to ‘No Blue in that Damned Rainbow’ forget are there to prevent STIs in the first place... ‘Not Such an Iron Lady After All’

Just as you fought to take the pill, we’re feeling like fighting for the right to have it there, to have it free even, and not to take it.

Talking with: Isobel Litten, Artist What inspires you to make the art that you do? My main inspiration is life and the things around me. I often draw myself because I am accessible at all times and I can pose myself exactly how I want. I have tried working with models before but I find if they feel slightly nervous or uncomfortable it can affect the mood of the piece. Most of my work features intricate patterns, I guess this is a result of working with textiles a lot.

Female figures are common subjects in your work. Would you say you’re a feminist artist, and if so, why? I would definitely say I am a feminist but whether that makes me a “feminist artist” or not I don’t know. I don’t really like that label, it implies the artists entire work is limited to one topic when for me and most other artists, art is a way of expressing every aspect of life. Some of my work has more obviously feminist intentions but I don’t limit myself to one topic.

There’s a considerable sense of loneliness and detachment in your depictions of people, do you think these are prominent issues in our society? Very much so. I myself spend a lot of time alone in my room and live quite an isolated lifestyle. Loneliness is everywhere but it’s easy to not notice if it doesn’t affect you directly.

What music are you listening to at the moment? Any recommendations? Early IAMX albums, Cibo Matto, The Wytches, Japan. The debut Pussycat Dolls album is pretty good too

More of Isobel’s artwork can be found on her Facebook page: @isobellitten 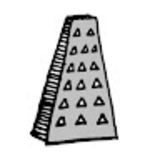