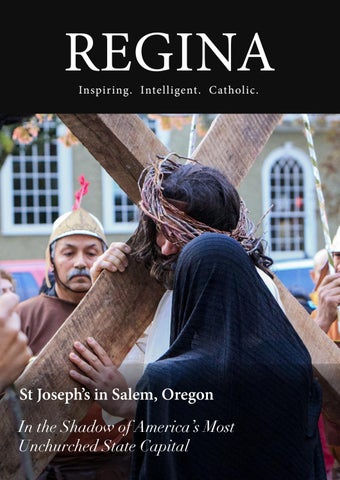 St Joseph’s in Salem, Oregon In the Shadow of America’s Most Unchurched State Capital

t was 1853 – in the midst of a Famine which was killing fully one quarter of his countrymen -- when the Irish immigrant Father James Croke saddled up his horse in Portland, Oregon. Ahead of him lay a 47 mile-long trek through an American wilderness to six-year old Salem. His mission? Rent a building. His choice? One on the corner of Church and Chemeketa streets, formerly used by the Freemasons. St. Joseph’s still stands near there today. The doughty Father Croke was clearly an optimist, as he found only one living Catholic in all of Salem during his August visit. His diary matter-of-factly notes that “the majority of people here are bigoted against the Catholic religion.”

IN THE 1950’s ‘PROGRESS’ WAS IN STYLE, and St Joseph’s lovely old buildings fell victim to the wrecker’s ball. One hundred years after Father Croke arrived, the present St Joseph’s Church was dedicated on the exact same spot -- a stone’s throw from the Oregon state capital building.

TODAY, THE PARISH HAS APPROXIMATELY 2000 FAMILIES REGISTERED, along with a great number who worship there unregistered, such as commuters or those who attend Sunday Mass in various languages.

THIS GROWING, VIBRANT PARISH IS LOCATED IN THE SHADOW OF THE CAPITAL OF ARGUABLY THE MOST UNCHURCHED STATE IN AMERICA â&#x20AC;&#x201D;which has pioneered, for example, physician-assisted euthanasia-on-demand. 174 Regina Magazine | Amazing Parishes

AND THEN THERE’S ST. JOSEPH’S 24 HOUR ADORATION CHAPEL – plus an elementary school, youth ministry, and a Knights of Columbus council.

THE AVAILABILITY OF CONFESSION IS KEY TO THE VIBRANCY of a parish. At St. Josephâ&#x20AC;&#x2122;s, confessions are heard before four Masses on Sunday, plus one hour on Saturday and weekdays M-F for a half-hour before the 12:05pm Mass.

AT THE HEAD OF ALL THIS ACTIVITY IS THE INDEFATIGABLE MONSIGNOR HUNEGER, who began his own education at St Joseph grade school in 1952, and God willing, will finish his priestly ministry there as well.

REGINA: What makes your parish amazing? Monsignor Huneger: St Joseph Parish is remarkable in many ways. By virtue of our central location, we are “home” in a variety of ways to many folks on a broader, regional basis, beyond those who live within the parish geographic boundaries: State workers who come for daily Mass, a long-standing Hispanic community and a Vietnamese community, just to mention a few. REGINA: And quite a history, especially for the Northwest! Monsignor Huneger: Yes, for example our School has a pedigree going back over 150 years, when the Holy Name Sisters, then a new community from Canada, set down roots in Salem (1863), Marylhurst, St Mary’s Academy in Portland, and for a time in Oregon City as well.

REGINA: What is most apparent to onlookers, do you think? Monsignor Huneger: To most people, what is most evident is our liturgical activity: the coming and going of cars in the parking lot, many times over on a weekend. Some may even stop by to take a peek! REGINA: Music seems to play a huge role at St. Joseph’s. Monsignor Huneger: Our Music Director Doug Schneider has  a dozen different choirs, including a Gregorian Schola, 10:00am Soprano-Alto-Tenor-Bass (four-part harmony), 8:30am with piano, flute, and bass, Women’s Schola, Children’s Classical Choir, etc. And the Hispanic community has about 10 musical groups as well, with a combination of instruments: guitars, piano, violins, flutes, tuba, trumpets, with quite good players, some of virtuoso quality. The Vietnamese also have a group of choirs encompassing youth, youth adults, and adults, who sing a wide variety of music: lovely Vietnamese folk tune hymns, all the way to SATB, and Pange Lingua chant; they have wonderful universal participation in the singing, and chant the rosary before Mass.

REGINA: What do most people NOT know? Monsignor Huneger: St Josephâ&#x20AC;&#x2122;s has a history of providing a lot of vocations to the priesthood Of course, as a large parish, we have more to draw from. We had an ordination last June, and we have another two coming over the next few years.

One of our seminarians became a Catholic after he and his friend, on a lark, went to Mount Angel Abbey to see a Latin Mass. He’d never been to Mass before in his life. He was in college. He then converted his entire family -- his mother was a lapsed Catholic – which had been very active in an evangelical church.

Why is St Joseph’s parish amazing? KEVIN L. MANNIX: St. Joseph parish is amazing because of the diversity of its parish members, combined with their dedication and involvement. We have a very large parish which can only succeed in its mission because of a combination of leadership of the Pastor, the capability of the parish staff and the willingness of many parishioners to volunteer their services. For example, St. Joseph is sponsoring a mission operation in East Salem.  Already, more than 600 people attend the 10:00 am Mass on Sundays at the East Salem Community Center.  Over the years, I envision the creation of a new parish in East Salem, with significant Hispanic participation, sponsored by St. Joseph parish.  I also see the possibility of a major music program, centered at St. Joseph parish, for the Archdiocese.  This last item will depend on the support that Monsignor Huneger can get from the church community. JONATHAN CUTTING: I come from an Evangelical background. Most evangelical and “non-denominational” Christian groups lay a heavy emphasis on contemporary worship music and I got my share of that. But early in my Christian life I also attended a Baptist Bible college where the students were required to attend a chapel service 5 days a week. There I was exposed to traditional hymnody and the pipe organ and that experience forever changed my opinions about “church music.” I know that a lot of my fellow Catholics enjoy the more modern “worship” style songs that are popular in a lot of parishes. But to my thinking guitars, drums and tambourines just don’t feel right for the Mass. And so it is that among the traits that drew me to Saint Joseph’s parish is the music.

At St Joseph we use the St Michael hymnal accompanied by the organ. Many think this kind of music is outdated. But I find the organ to be the best instrument to encourage and accompany hymn singing and I find the traditional hymns to be profound and rich in theological meaning. And because traditional hymnody was written in a manner that follows meter (like poetry) they are eminently more “singable” than most contemporary music. At St Joseph we do have a very good choir. But the parishioners here sing as well! Obviously, for me music is a very important part of the Mass and I feel our music minister at St. Joseph has a found the right formula in this area. I know that many of my fellow parishioners feel the same way! JOHN SHAEFER: I have been a member since about 1985. Our seven children attended school here and two of them were married here. There is no short answer to that question. First of all, we have as many as 4500 Mass attendees on any given weekend. Our three priests assisted by clergy from Mt Angel Seminary and at least one each week from the Portland area celebrate 12 Masses on Saturday and Sunday in three languages. When we include all of the weekday Masses here, our clergy celebrate 24 Masses each week plus any special events like weddings and funerals. Needless to say, this is an especially busy parish and reportedly the largest in our Archdiocese. Most importantly, given all of the involvement by the various ethnic groups here, I would say that the Faith is alive and well in downtown Salem. Another of our special events is our monthly Traditional Latin Mass which is growing in popularity and getting attention from groups from outside the parish. However, if I had to reduce the parish to just a one or two-line description, I would have to say that here at St. Joseph there is a growing faith and a hunger for the traditional expression of that faith. • 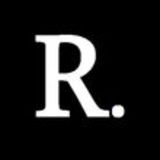 THE PARISH HAS APPROXIMATELY 2000 FAMILIES REGISTERED, along with a great number who worship...

THE PARISH HAS APPROXIMATELY 2000 FAMILIES REGISTERED, along with a great number who worship...