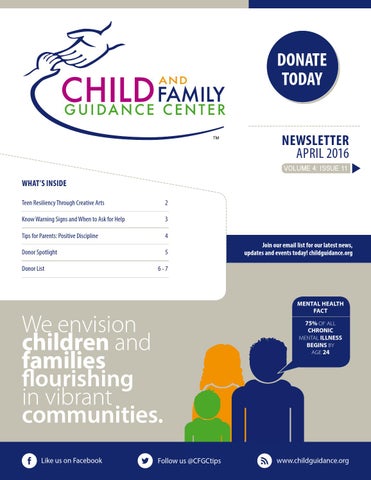 Join our email list for our latest news, updates and events today! childguidance.org

tigma can prevent people with depression from seeking help – especially teens. So, where would you find teenagers who choose group therapy over a trip to an amusement park? In CFGC’s Sonic Teens Pilot Program, where therapy is combined with music-making and mentorship from a beloved celebrity!

Five teens who had experienced depression and/or trauma gathered weekly at CFGC to participate in an unique program, “Sonic Teens,” that combined music making and group therapy. One teen appeared quiet, shy and depressed at the first meeting. By week three, he was talking actively with his peers about how music impacts emotions. He shared about the death of his brother and feelings about events at school. Support from the group helped him to grow more confident. Soon, he wrote moving lyrics to express the truth of his past and new hope for his future. Feeling a genuine sense of belonging in Sonic Teens, he turned down an amusement park invitation due to his commitment to others in the group. After eight weeks, the teen was standing side-by-side with his celebrity mentor recording a song. Sonic Teens was created by Dr. Brette Genzel-Derman as one of CFGC’s Therapeutic Creative Arts programs. Brette and Kelly Steiner co-led the 12-week program that combined song-writing with treatment interventions proven successful in treating anxiety, depression and trauma. Its benefits included offering an alternate form of expression to young people who struggle to communicate painful emotions, and therapy that centers on an empowering creative endeavor. Sonic Teens allowed teenagers to see that they were not alone and offered a safe place to express difficult feelings. One participant said the group became a “second family to him.” When another group member shared a traumatic experience, others responded with empathic statements -- “I am so amazed that you were able to share that experience,” and “I could have never done that.” This kind of experience facilitates deep connections and healing. The Sonic Teens mentor was one of the world’s most admired musicians – Dave Grohl, founder of the Foo Fighters. Grohl’s Emmy Award-winning documentary, “Sonic Highways” was the inspiration for the program. When he heard how his song-writing approach could have therapeutic benefits for teens he was eager to volunteer. CONTINUED ON PAGE 3 >>

Knowing the warning signs and When to Seek help

t’s often difficult for parents and caregivers to recognize signs of a behavioral health problem in children. Determining the difference between normal childhood growing pains and symptoms of a mental health issue can be confusing.

Here are some signs and symptoms to be aware of to help you determine whether you should seek additional help. Also, remember that you do not need to make the determination alone. Your child’s pediatrician and/or mental health provider are great resources who can help you to know whether to seek additional treatment. 1. Sudden changes in school performance, such as poor

2. Changes in sleep or eating habits, weight loss or weight

behavior towards people or property, or abuse of alcohol or drugs.

5. Hallucinations -- seeing or hearing things that are not

there. 6. Self-harm, such as deliberate self-wounding or talking

Sonic Teens - Continued from Page 2 Grohl spent several weeks mentoring the teens, providing support, guidance and inspiration. The difference he made was seen and heard as he welcomed them into his studio to hang out and talk about music and life. As a “thank you,” the teens recorded their version of Grohl’s song “My Hero,” to express gratitude to him. Watching their hero become moved by something they created was a pinnacle moment. It allowed them to feel proud of their accomplishment and reaffirmed their self-worth.

Parents: 4 Tips for Positive discipline when it’s “one of those Days”

8 ways to flip the hierarchy for everyone’s sake How to take charge when your child gets bossy. Read more

t’s 6:00am on a Tuesday. You have to get your kids to school and get to work on time for a big client breakfast meeting. Suddenly, your 5-year-old is in the throes of hysteria because she simply must wear her tutu to kindergarten instead of her school uniform. Welcome to the dark side of parenting. It’s normal, and CFGC wants to help you and your child have a better day. The key is to provide discipline that leads to solutions and helps your children’s behavioral growth instead of Kathleen Welch-Torres, Ph.D. just resulting in hurt feelings. (For both of you!) Director of Programs Here are four tips to help you in the toughest of times:

10 things to do instead of grounding your kid Teach lessons without using punishment as a motivator. Read more

1. Plan Ahead: Many times, tantrums arise because we are rushing to get to work, and any delay can throw off our schedule and increase stress for both parent and child. If you know that you need to leave early in the morning, prepare the night before. Lay out clothes before bed, have lunches made, backpacks packed, etc. And, plan to get up a little earlier to allow for the unexpected.

7 consequences of having an emotionally detached parent Parents are often psychologically affected themselves. Read more

2. Remain calm, and make controlling your own behavior the first priority. Your behavior will likely be repeated by your child. A parent who yells or hits often finds their child doing the same. So, take a deep breath, walk away for a few seconds – whatever it takes so you can react in a way that will help your child to grow, not just express your own anger and frustration. 3. Redirect by involving your child in problem solving. Your tutu-loving five-year-old will have to wear her uniform to school, but don’t create a “win-lose” situation. Let her know that, if she gets dressed for school, she is in charge of choosing the outfit for her next dance class. When she does a great job at choosing her dance clothes, focus on that success. 4. Make consequences for misbehavior logical. A child who misbehaves needs to learn that unwanted behavior leads to their own consequences, which make sense within the situation. If a 10-year old-boy steals a toy from his brother, a parent creates logical consequences by taking one of the boy’s toys away for a period of time, so he learns to empathize with the feelings of loss that he instigated in his sibling. For more CFGC parenting tips and resources please visit our web site at childguidance.org or for services call 818.739.5250 | 661.265.8627.

FGC’s annual “Champions for Children” benefit event takes place Thursday, May 12, 2016 at Skirball Cultural Center in Los Angeles. Special Guest MC, actress Liza Snyder, will entertain audiences with her brassy wit. CFGC will honor 15-time Grammy-winning musician and 2-time Emmy-winning director Dave Grohl and CFGC President/CEO Roy Marshall for their outstanding contributions to the lives of children and families. Dave Grohl CFGC is grateful to Dave Grohl for the remarkable mentorship he provided to teens through his involvement with “Sonic Teens,” a pilot Therapeutic Creative Arts program. His sharing of his musical talent and expertise with adolescents experiencing trauma and/or depression exemplifies his commitment to helping youth in our community. (See article page 1) Grohl was Photo by Andrew Stuart a member of Nirvana from the groundbreaking Nevermind through the band’s swan song, In Utero. He went on to found the global stadium and arena headlining Foo Fighters on whose 1995 debut album he wrote, recorded and sang virtually every note. Grohl holds a special place in the hearts of the teens that participated in Sonic Teens and experienced the transformative power of music with Grohl’s guidance. Dave is a true champion for local teens. Roy Marshall CFGC’s President and CEO Roy Marshall sets the standard for leadership and commitment to mental health services. His impressive career and dedication to community were influenced by his parents, Arthur and Sylvia Marshall, community advocates who participated in the founding of CFGC in the 1960s. Since 1972, Roy has been affiliated with social service organizations on both coasts of the United States. CFGC’s services have significantly expanded and helped thousands of children and families under Roy’s leadership. Roy has also been a community volunteer. He served as a Board member for Virginia Association of Community Services Boards, California Council of Community Mental Health Agencies and Valley Non-Profit Alliance. He was also President of the Association of Community Mental Health Agencies of Los Angeles County. CFGC is proud to honor Roy for his outstanding leadership and contributions to CFGC, and for his decadeslong dedication to community mental health. 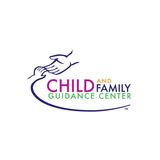