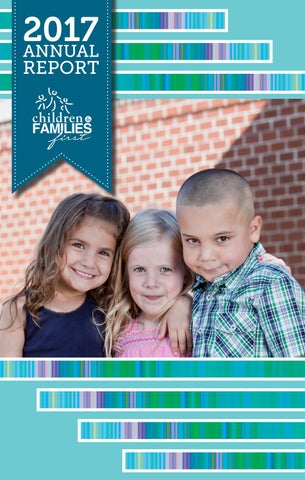 “[My therapist] has helped me with different ways to respond to my son’s behaviors. Before I yelled - now I listen.” – FFT participant

Brain science teaches us that resilience helps us navigate the normal ups and down in life. I am happy to report that Children &amp; Families First is resilient. We proved it in this past year! 2017 was a challenging year for both CFF and our state – filled with difficult budget negotiations, compromises, and ultimately, revenue reductions. As a member of the social sector serving children and families across the state, CFF was impacted by these cuts. Decreases in program revenue negatively impacted our staffing and service delivery. Like others who have less money to spend, we made some difficult choices. This included deciding to sell one of our facilities. However, by year’s end we were rebounding. We are proud that we are the recipient of a federal Regional Partnership Grant from the Children’s Bureau. Working in collaboration with both state and private agencies, we will be evaluating a new service model to help pregnant women with a substance abuse disorder to stay in treatment, have a healthy baby and be a good parent. The project, called Delaware HOPE, pairs a Nurse Home Visitor with a peer recovery coach with additional support from the Nurturing Parenting Program, a group-based intervention. As we participate in a local as well as cross-site evaluation, we hope to not only improve outcomes for the families we serve but also inform the field. In 2017, Children &amp; Families First also became involved with Frontiers of Innovation, a project of the Harvard Center for the Developing Child. This initiative identifies key ingredients for helping children develop in healthy ways and achieve educational goals as well as supporting adults to become responsive caregivers who are financially stable. Our participation is an opportunity to learn from others sites in the project as well as review how we deliver services to Delaware children and families. We focus on making a difference for Delaware’s children and families. We measure outcomes in each program and review to identify areas for improvement. In addition, we continue to have strong feedback from our clients and stakeholders who value our work. 95% of stakeholders believe we build on clients’ strengths. 96% of stakeholders see our services as responsive to community needs. 98% of clients would recommend CFF to family and friends and would come back if they needed additional help in the future. 99% of clients report that our staff is knowledgeable in the service being provided. And we were once again voted a Top Workplace as reported in The News Journal. We are proud that our work is valued. We are grateful for your partnership and support. Together, we continue to put children and families first!!!

Our Mission Children &amp; Families First helps children facing adversity on their journey to adulthood. We use proven methods to help families raise their children so they can flourish. In existence for nearly 135 years, we have strengthened families by delivering an effective continuum of community-based social services.

Our Vision Communities where children are nurtured, healthy, and safe; individuals are valued, and families are strong and self-sufficient.

Thank you for helping us Build Better Tomorrows! On the pages that follow, you will see how your support for Children &amp; Families First helped children and families reach their full potential in 2017. On behalf of the Children &amp; Families First staff, Board of Directors, and the children and families that we serve, thank you to the following organizations and individuals for generosity and program support:

â&amp;#x20AC;&amp;#x153;This program has taught me a lot about myself and my family.â&amp;#x20AC;? Healthy Families Delaware participant

Special Events Special Events raise awareness and unrestricted funding for CFF programs. In 2017, the 10th Annual A Taste for Art and the 2nd Annual Santa Cause 5k &amp; Fun Run raised nearly $60,000 for Delaware’s children and families. Many thanks to the individual, corporate, and in-kind supporters of CFF events! Additionally, thank you to the event committee volunteers and their families who gave so generously of their time, energies, and resources to ensure these events were a success.

A TASTE FOR ART Celebrating 10 Years

hanks to all the individuals, corporations, foundations, and groups who have made contributions. Every effort has been made to ensure that the information in this publication is correct. Please direct errors or omissions to the attention of the Development Department at (302) 777-9734 and accept our sincere apologies. For information on monthly giving, matching gifts, and general donations, please visit cffde.org/donate or call (302) 479-1585.

It’s not just our name, 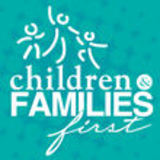