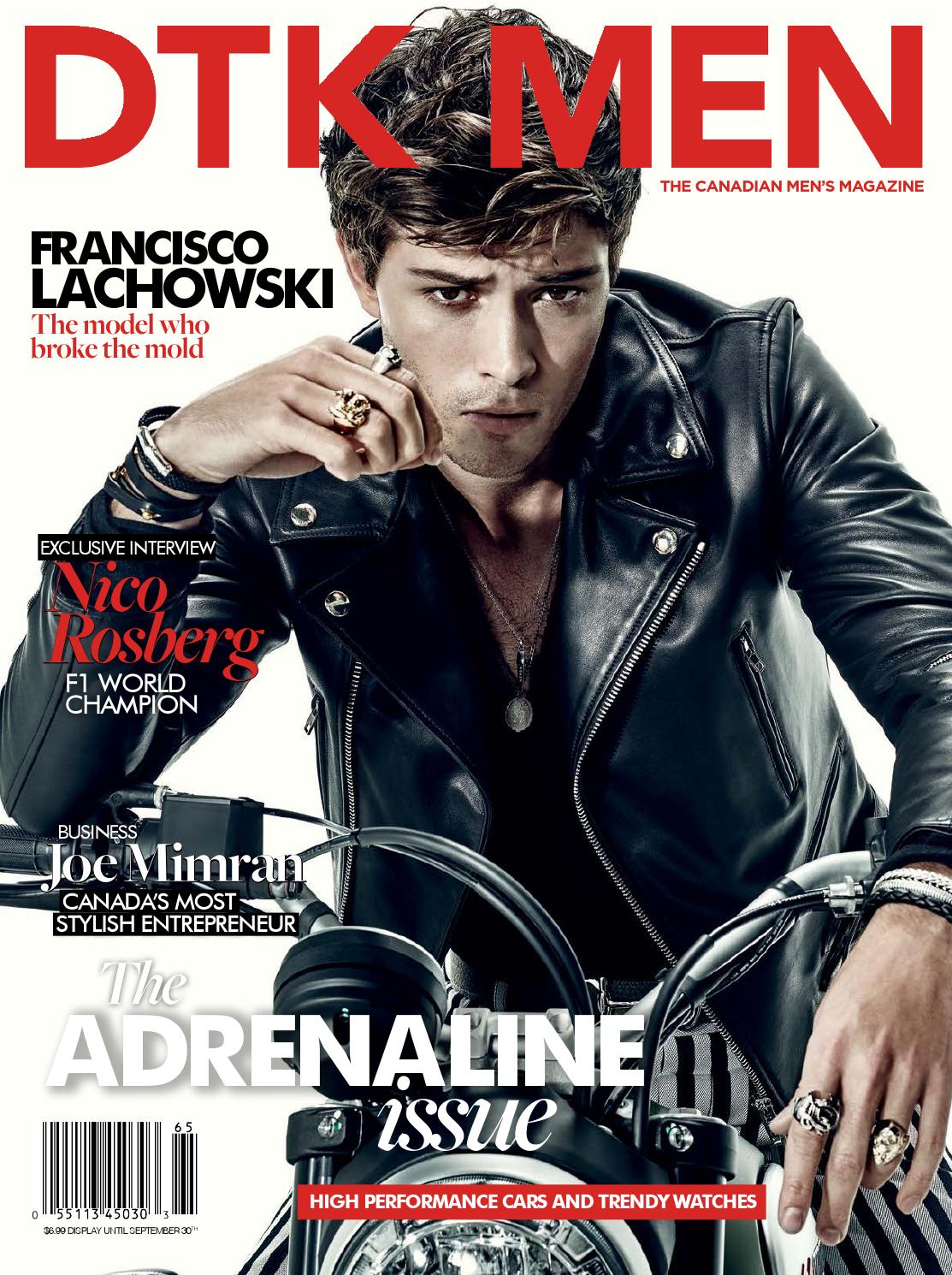 from Dress to Kill Magazine 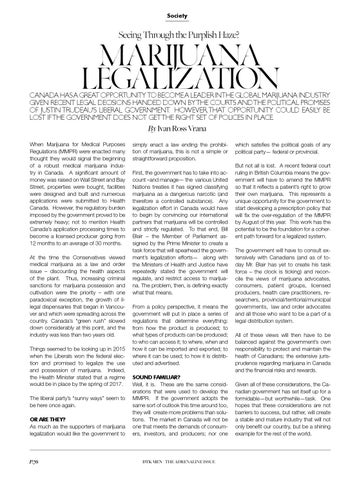 Seeing Through the Purplish Haze?

Canada has a great opportunity to beCome a leader inthe global marijuana industry given reCent legal deCisions handed down by the Courts and the politiCal promises of justin trudeau’s liberal government. however, that opportunity Could easily be lost if the government does not get the right set of poliCes in plaCe.

By Ivan Ross Vrana When Marijuana for Medical Purposes Regulations (MMPR) were enacted many thought they would signal the beginning of a robust medical marijuana industry in Canada. A significant amount of money was raised on Wall Street and Bay Street, properties were bought, facilities were designed and built and numerous applications were submitted to Health Canada. However, the regulatory burden imposed by the government proved to be extremely heavy; not to mention Health Canada’s application processing times to become a licensed producer going from 12 months to an average of 30 months. At the time the Conservatives viewed medical marijuana as a law and order issue – discounting the health aspects of the plant. Thus, increasing criminal sanctions for marijuana possession and cultivation were the priority – with one paradoxical exception, the growth of illegal dispensaries that began in Vancouver and which were spreading across the country. Canada’s “green rush” slowed down considerably at this point, and the industry was less than two years old. Things seemed to be looking up in 2015 when the Liberals won the federal election and promised to legalize the use and possession of marijuana. Indeed, the Health Minister stated that a regime would be in place by the spring of 2017. The liberal party’s “sunny ways” seem to be here once again. Or are they? As much as the supporters of marijuana legalization would like the government to

simply enact a law ending the prohibition of marijuana, this is not a simple or straightforward proposition. First, the government has to take into account –and manage— the various United Nations treaties it has signed classifying marijuana as a dangerous narcotic (and therefore a controlled substance). Any legalization effort in Canada would have to begin by convincing our international partners that marijuana will be controlled and strictly regulated. To that end, Bill Blair – the Member of Parliament assigned by the Prime Minister to create a task force that will spearhead the government’s legalization efforts— along with the Ministers of Health and Justice have repeatedly stated the government will regulate, and restrict access to marijuana. The problem, then, is defining exactly what that means. From a policy perspective, it means the government will put in place a series of regulations that determine everything: from how the product is produced; to what types of products can be produced; to who can access it; to where, when and how it can be imported and exported; to where it can be used; to how it is distributed and advertised. SOund familiar? Well, it is. These are the same considerations that were used to develop the MMPR. If the government adopts the same sort of outlook this time around too, they will create more problems than solutions. The market in Canada will not be one that meets the demands of consumers, investors, and producers; nor one

which satisfies the political goals of any political party— federal or provincial. But not all is lost. A recent federal court ruling in British Columbia means the government will have to amend the MMPR so that it reflects a patient’s right to grow their own marijuana. This represents a unique opportunity for the government to start developing a prescription policy that will fix the over-regulation of the MMPR by August of this year. This work has the potential to be the foundation for a coherent path forward for a legalized system. The government will have to consult extensively with Canadians (and as of today Mr. Blair has yet to create his task force – the clock is ticking) and reconcile the views of marijuana advocates, consumers, patient groups, licensed producers, health care practitioners, researchers, provincial/territorial/municipal governments, law and order advocates and all those who want to be a part of a legal distribution system. All of these views will then have to be balanced against the government’s own responsibility to protect and maintain the health of Canadians; the extensive jurisprudence regarding marijuana in Canada and the financial risks and rewards. Given all of these considerations, the Canadian government has set itself up for a formidable—but worthwhile—task. One hopes that these considerations are not barriers to success, but rather, will create a stable and mature industry that will not only benefit our country, but be a shining example for the rest of the world. 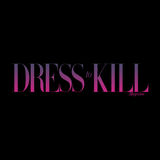 The Adrenaline issue. Francisco Lachowski, the model who broke the mold.