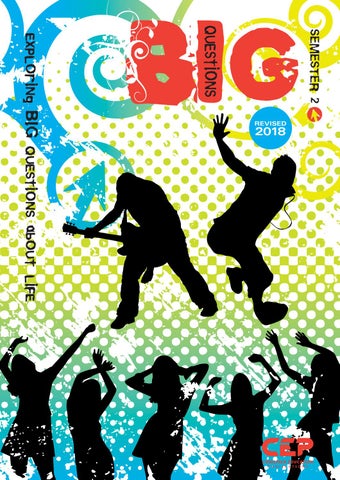 ‘Jesus loves and cares for everyone, no matter who they are.’

Is this true? What are the reasons for your opinion? Use the lines below.

This very day in King David’s hometown a Saviour was born for you. He is Christ the Lord. Luke 2:11 (CEV)

Are some people too bad for

to forgive? Saul hated Christians, arrested them and had them thrown into prison. He was a persecutor of Christians. He believed that it was his job to track down Christians and put a stop to their beliefs.

What a surprise God had in store for him! Read Acts 9:1–22 and complete the task below.

Are you surprised that God would forgive and use a person like Saul?

Read the story of a cruel captain whose life changed completely.

A cruel captain gets a new life

A long time ago John Newton was an English sea captain who treated his crew harshly. Besidess that, he was responsible for taking hundreds of Africans across oss the Atlantic Ocean against their will to become slaves. Some died due to the terrible ed on the long voyage du conditions on board. John Newton showed no kindness to these people, even though God saved his own life from danger several ral times.

At last John realised how sinful he had been an and gave his life to God. He felt the enormous relief of knowing God had forgiven his sins, but wished he e could do something to make wrong things right. He thought and prayed ayed about his new life. What did God want him to do?

any new friends. One was a poet who encouraged him to write songs. He joined a church and made many mazing grace’ and millions of people know and sing this song today. John wrote his famous song ‘Amazing

John became a well-known Christian minister. One day an important politician, William Wilberforce, sent John a letter asking for advice. These two Christians, with many other people, worked hard to persuade the government to pass a law ending slavery. In 1807, shortly before John died, the law was passed saying England was no longer involved in the slave trade.

How is it possible for a person like Saul who was so opposed to Christianity to be changed into a Christian?

Both Saul’s and John Newton’s stories show us God’s grace at work in their lives. Grace means we do not get what we deserve. Saul didn’t deserve to meet Jesus, be forgiven and be used by God. God did it out of grace. How is it possible for a person like Saul who was so opposed to Christianity to be changed into a Christian? What do you think about forgiveness and what the Bible says about God’s offer of forgiveness to all people?

Saul changed his loyalty and became a follower of Jesus. He also changed his name to Paul. (See Acts 13:9.)

When the disciples heard this, they were greatly surprised and asked, ‘How can anyone ever be saved?’ Jesus looked straight at them and said, ‘There are some things that people can’t do, but God can do anything’. Matthew 19:25–26 (CEV)

HOW DOES GOD WANT US TO LIVE?

How have we received help from God?

My friends, what good is it to say you have faith, when you don’t do anything to show that you really do have faith? Can that kind of faith save you? If you know someone who hasn’t got any clothes or food, you shouldn’t just say, ‘I hope all goes well for you. I hope you will be warm and have plenty to eat’. What good is it to say this, unless you do something to help? Faith that doesn’t lead us to do good deeds is all alone and dead! James 2:14–17 (CEV) What do you think is the main point in this passage from the Bible?

‘Well, what are we going to do about this?’ his?’ She was a woman of action, who cared deeply eply for those in need. Her faith in God motivated her. Caroline was born in England in 1808, and arrived in Sydney in 1838 when the colony of NSW was still young, and very ‘rough and ready’. She was shocked to ﬁnd the conditions of many young women, who had come to Australia looking for a better life but found they had no job, no food and nowhere decent to live. They were forced to live on the streets in poverty because they could not ﬁnd any suitable work. What did she do? She invited some to live in her own house and started working to set up a group home for others. She got government support and started an employment service to help the women ﬁnd good jobs. Within two years she had found jobs and a place to live for over a thousand young women. For the rest of her life she worked tto o help those in need. eed.

Name so m has helpe eone you know an d and enc ouraged d admire who others.

Ј KEY VERSE Make your light shine, so that others will see the good that you do and will praise your Father in heaven. Matthew 5:16 (CEV)

HOW DOES GOD WANT US TO LIVE?

What is your favourite place in God’s creation? Why do you like it so much? Draw or write about this place.

List some things that concern you about the way creation is being spoiled by people.

Unjumble the letters in the following to show what the Bible says about creation: 1. oGd

A sample from the Revised 2018 edition of the Big Questions Semester 2 Student magazine. 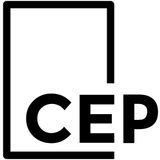