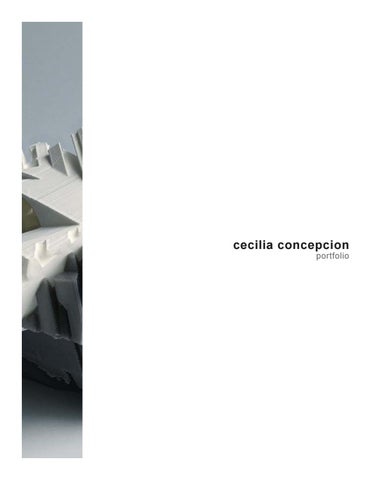 Dos Fabricas is an industrial structure that incorporates two processes â&#x20AC;&#x201D; a recycling and waste to energy facility, together with an educational component of a public gallery. The juxtaposition between industrial processes that deal with garbage and art combines high and low culture elements that brings a new perspective to what these facilities can be. Recognizing the future flood plains in the Brooklyn Navy Yards, the project embraces this and welcomes the water into the site

boundaries to create a new ecology. The building is also lifted to allow the various processes in the building to continue uninterrupted in the future. Using bioreceptive concrete and classical architecture elements such as arches, Dos Fabricas is a proposal that anticipates the aesthetics of a ruin by finding a connection between nature and infrastructureâ&#x20AC;&#x201D;not as a place that needs to be demolished or forgotten, but as a place that brings nostalgia and beauty.

Bridging the Gap was an urban design proposal that aimed to be a dynamic and inclusive community in the city. Located between the Ohio River and a steep hill in Cincinnati, the project aimed to create a neighborhood that works against the systemic racial issues brought about by decades of exclusionary urban planning practices. This proposal incorporated the use of inlets to expand access to the water into the site, and bridging elements that serve as public spaces and facilitate connections between mixed-use programs.

With a mixed-income residential program, the project also included ground-level commercial program spaces, as well as a “campus” that incorporated not-for-profit groups, educational organizations and innovation labs that can help create “micro publics” where both residents and daytime visitors can engage one another.

Located next to a steep hill and Walnut Hills, a neighborhood that was cut through by an interstate highway in the 1970s and experienced a commercial and population decline in the late 20th century, the project sought to recognize this history, and respond to work against its consequences.

Using urban joinery (for the building massings), urban vector (streets), and urban planes (public spaces), as well as a storm water management system (bioretention basins at the perimeter, and cisterns/culverts by each of the inlets), Bridging the Gap was a group project in an online-only semester in the year 2020 that sought to provide solutions to unjust urban practices through hybridization and program-mixing of these various systems.

Situated in Red Hook, Brooklyn, this proposal for a maritime middle school incorporated multiple courtyards with interlocking spaces that combine and break apart. Inspired by an investigation of private and public spaces through a grid of sine waves, Inside/Outside created overlaps and in-between spaces, and evolved into a dynamic learning environment that respects the need for both shared and individual learning for the students.

Using Theo Van Doesburgâ&#x20AC;&#x2122;s Counter Composition VI painting as the basis for the plan, this flower market was an adaptive re-use of a lumber yard in the Lower East Side fronting Sarah D. Roosevelt Park and used elements of earth, air, and water to create an interior that exudes lightness, which contradicts its harsh exterior.

Following the logic of angles in a game of pool, Collision was a rethinking of the fire stair as a dynamic circulation that generated larger program spaces and smaller private residential spaces. Stemming from a study on the relationship between two buildings through circulation in Brooklyn, the project evolved into a study of the creation of public and private interior environments.

Object-Ground Relations focused on introducing principles of design through an iterative and recursive process of making. With a series of abstract exercises, the studio created formal, spatial, and material relations by producing a physical object derived from casting negative and positive records of familiar objects.

A threshold proposal for an exhibition space, this piece used trompe l’œil and kitbashing of various classical forms, fauna, and pop cultural elements.

Through drawing analyses, Hybrid Thresholds was a proposal that speculates on the possible transformations (experiential/ physical/ geometric) between specific spaces. Resulting from the hybridization of different types of thresholds, this series of studies incorporated 2D and 3D manipulations.

An exercise on spatial perception, Resolution explores the articulation of spaces through interiorities. This is expressed through the gradiations of the curvilinear language to the pixelation of the interiorâ&#x20AC;&#x2122;s surfaces.

Formed as a painting exercise with watercolor and ink as mediums, this series depicted various architectural periods from the Romanesque to the Modern.

Social Enterprise Development Partnerships, Inc. (SEDPI), based in the Philippines, is involved in conducting research, training, and consulting work in the areas of microfinance, financial literacy, and social entrepreneurship. My work was mostly focused on capacitybuilding for the Farmers Entrepreneurs Association (FEA) and Guiuan Savers Entrepreneurs Credit Multipurpose Cooperative (GSECC) in Eastern Samar and surrounding provinces. These areas were badly affected by the 2013 Super Typhoon Haiyan.

Through the Generalitat Valenciana’s Auxiliares de Conversación en Inglés program, its first ever in 2018, my assistant teaching post was in CEIP Rico Sapena in the rural town of Castalla, Alicante, Spain. Focusing on primary school students ages 6-12, my activities involved conducting and assisting in classes for reading, writing, speech, and arts and crafts to improve their English proficiency as well as to cultivate cross-cultural understanding. 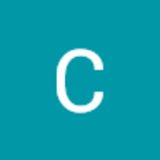