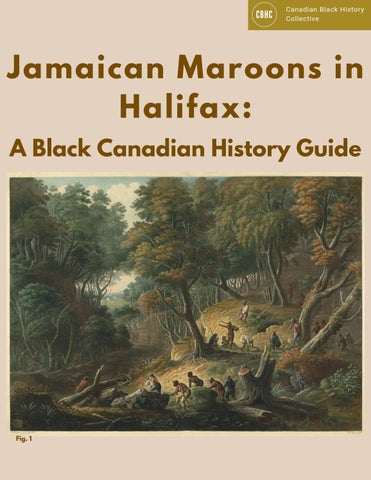 Who Are the Maroons?

Maroon is a word used to describe an escaped slave who has run away from their captors in order to return to freedom. Some suggest that the word Maroon refers to a â&amp;#x20AC;&amp;#x153;fugitive slave taking to the woodsâ&amp;#x20AC;?. This relates to the African slaves who fled to the hills of Jamaica upon their arrival. They remained in hiding there for approximately 140 years. The Maroons were brought to Jamaica as slaves from Africa in two waves, first by the Spanish in 1517, and second by the British in 1655.

First Maroon War The first war that broke out in Jamaica between the Maroons and the British. This war started in 1725 and ended in 1739.

The second war that broke out in Jamaica between the Maroons and the British. This war started in 1795 and ended in 1796.

This group had a Headman named Cudjoe who acted as their political leader, participated in all discussions with the British government in Jamaica, and led them through both of the Maroon wars.

In 1738, the Leeward Maroons signed a treaty with the British, securing their freedom from slavery. In 1796, after the Second Maroon War, amendments made to the treaty and its conditions allowed the Maroons to remain in Jamaica and keep their freedom. However, in the winter of 1796, the British claimed that one of the conditions - that all runaways must be turned in to the governmentwas broken by the Maroons. This resulted in the Maroons being forcefully deported by the British.

Three ships made the journey from Jamaica to Halifax: the Dover, the Anne, and the Mary. The ships were called prison ships because of their brutal conditions. Though the voyage only lasted six weeks, 17 Maroons died on these ships. They arrived in late July, 1796 with approximately 540 on board. They were accompanied and supervised by Commissary General William Dawes Quarrell, Deputy Alexander Ochterlony (for which a street is named in Dartmouth, Nova Scotia), and Dr. John Oxley.

The first wave of slaves were brought from Africa to Jamaica by the Spanish.

The second wave of slaves were brought from Africa to Jamaica by the British.

The First Maroon War in Jamaica.

The Leeward Treaty, an agreement to allow the Maroons to remain free in Jamaica, was signed.

The majority of the Maroons moved from Halifax to Preston in order to work on land in that area owned by the Governor of Nova Scotia, John Wentworth.

The British government in Jamaica ceased funding of welfare of the Maroons in Nova Scotia.

The Maroons made a statement to Governor Wentworth expressing desire to eventually move elsewhere, due to harsh, cold winters, and their unfair and racist treatment.

Living in Nova Scotia The Maroons were settled in Preston, near Sir John Wentworth’s summer home on what is now known as Governors Street. The estates they lived on were paid for by the British government in Jamaica. More than fifty Maroons also resided and were employed at Wentworth’s farm. Settlement in Preston was chosen partly because it allowed for the segregation of the Maroons from the larger white population living in nearby Halifax. Preston is located in the Halifax Regional Municipality along the Trunk 7 highway and was previously known as the Township of Preston. The area was first settled by Black Loyalists from the Thirteen Colonies, who departed for Sierra Leone in 1792. Fig. 5

Preston is Canada’s oldest surviving Black community with the most significant percentage of black people of any area in Canada. A second Maroon settlement was established in Boydville, now known as Maroon Hill in Middle Sackville. Despite their physical separation, this community maintained a strong connections to the Maroon community in Preston due to the Maroon family structure. The eventual decision to depart to Sierra Leone was made together by both Maroon communities. Fig. 6

Maroon communities subsisted all over the Americas. Communities still exist in parts of Jamaica today, in Moore Town, Scotts Hall and Charles Town. These societies existed by ensuring loyalty between community members and allotting for a probationary period before accepting new members. Internal disputes were not permitted, and strict rules were established with severe punishments should they be broken.

In Maroon societies, the unbalanced ratio among the sexes was a significant source of tension, as men drastically outnumbered women. Polygamy was regularly permitted among Maroons and this continued once they arrived in Halifax. The Maroon practice of polygamy continued in Nova Scotia, and they refused to adapt Christian marriage customs. A school and chapel were established in the centre of the settlement in hopes of converting the Maroons to Christianity. The burial practices were also maintained with Coromantee ceremonies for Maroons who had passed away.

Citadel Hill Definition: Citadel Hill is a national historic site located in the downtown core of Halifax. The central landmark can be identified by its star shape and connects the North End and South End neighbourhoods of Halifax.

The Maroons arrived during the summer and immediately became a valuable labour resource for Halifax. The Citadel was being built to protect Halifax Harbour from possible attacks by the French. The Maroons replaced many of the white labourers on Citadel Hill. Along with this, many of the Maroons worked as militias and farmers. The summer harvest would sustain the farmers during the rough winters, and the Maroon labour would help to offset looming food shortages due to the short growing season

Other gaps in military labour were left open by the community of Black Loyalists, who previously inhabited the settlement and emigrated to Sierra Leone in 1792. It was these growing pressures on the colony’s resources and workforce that prompted Nova Scotia Lieutenant Governor John Wentworth to advocate for permanent residence on behalf of the exiled Trelawny Maroons. Fig. 8

The Maroons lived in wooden barracks and tents that were set up for them near the Citadel. They received wages for their labour, deducted from the amount provided by the British government in Jamaica. This allowed the government of Halifax to bolster their workforce and fortify the Citadel at no extra cost to the Wentworth government. The Maroons quickly finished building the structure that came to be known as “Maroon Bastion” to reinforce the province&#39;s defence against attacks.

The Maroons in Halifax Militias Wentworth and the Nova Scotian colony continued to be concerned about the threat of French attack, stemming from the ongoing war over colonial territory with Britain. Wentworth had previously requested reinforcements to rebuild the colony’s weakened military force, and thus was eager to conscript the incoming Maroons into military service. At the request of Britain’s Prince Edward and Wentworth, the Maroons were to form a militia company. The displaced people’s history of warfare and grit made them ideal candidates for the colony’s armed forces. The Maroons were significantly weakened by the journey to Halifax on prison ships and had a disproportionate ratio of men to women and children (1:3 respectively), which made the possibility of a revolt against military leaders unlikely. Fig. 9

The Hard Winters The winters of 1796 and 1797 were considered to be the most severe and brutally cold seasons the colony had experienced since the British settlement of Nova Scotia in 1649. Having never encountered this kind of temperature zone, the Maroons were unprepared for their land to be covered with snow and their waterways to freeze over. The Maroons became disillusioned with the cold and barren atmosphere and sought to petition their overseers. These petitioning efforts were meant to bring about their relocation to Jamaica, and were directed primarily to the authorities in Nova Scotia and Britain, including British Monarch King George III. These petitions were indirect sources as they were written by a third party on behalf of the Maroon community, which was largely illiterate. Abolitionists were in favour of their cause, acknowledging their move from a tropical environment to such a cold region to be a violation of their rights.

However, Wentworth remained determined to retain the Maroons. He claimed that their main causes of discomfort were their resistance to change their lifestyle and their lack of preparation. He also felt that these free Blacks had been enjoying an equal standard of living to their white counterparts, despite making up the poorest demographic within the colony.

The petitions written on the behalf of the Maroons to allow for their departure from Nova Scotia were supported by their resistance tactics organized within their communities. The Maroons implemented small daily acts of rebellion to encourage the British to relinquish them from Halifax. Such acts included the Maroons withdrawing their sons from the colonyâ&amp;#x20AC;&amp;#x2122;s schools and refusal to attend weekly church services. The option of returning to Jamaica was denied by officials to prevent the re-ignition of conflicts between slave owners and Maroons on the island. The Maroons continued to demand relocation to a warmer settlement. All Maroons were set to be removed from the colony in 1799. It would be another year before they actually left on August 7, 1800 aboard the HMS Asia, bound for Freetown, Sierra Leone. Here, they were to assist the British government against the pre-existing community of Black Loyalists that had staged a rebellion in the years prior.

Canadian Black History Collective The Canadian Black History Collective was created in 2018 with the goal of accurately and actively sharing the stories of Canadaâ&amp;#x20AC;&amp;#x2122;s Black history. Black Canadian history is Canadian history. There is a rich and vast Black history in Canada, however very little of it is taught in schools or exhibited in historic institutions that are not afrocentric. This document is the first step for this collective to generate a small piece of this history in a format that is accessible to many, regardless of academic level. The group consists of Humber College students: Tracey Prehay, Glodeane Brown, Kavion Giff, Sarah Phillips, and Rhiannon Seath. Fig. 12 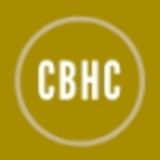 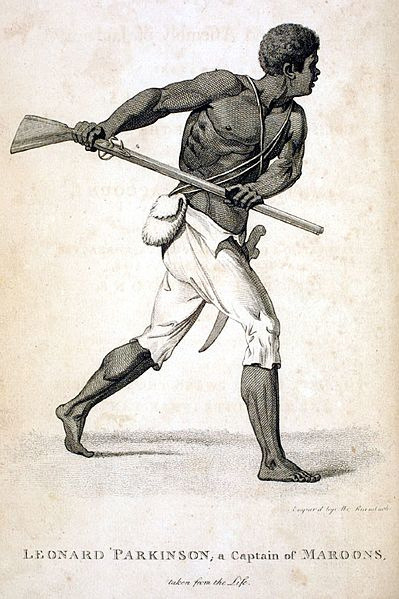 Who Are the Maroons? 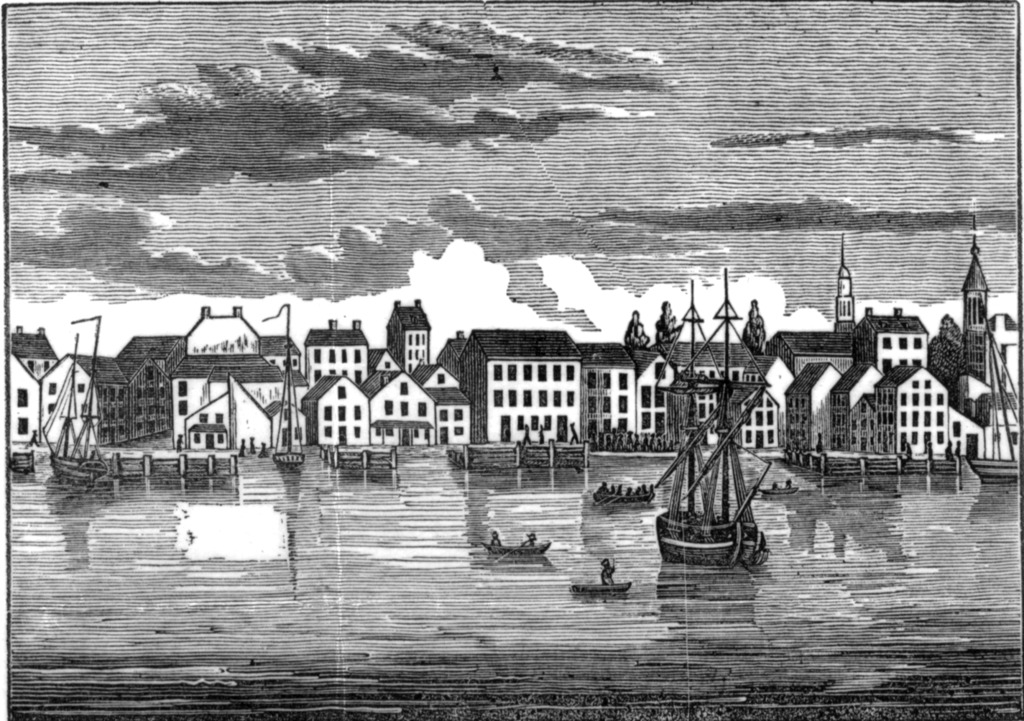 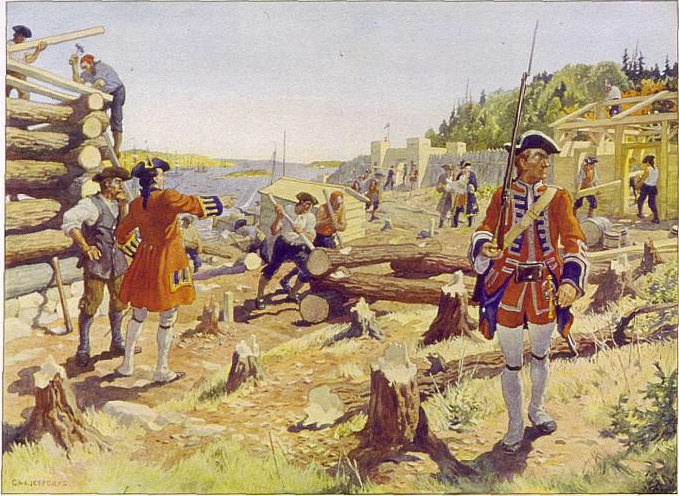 The Maroons in Halifax Militias 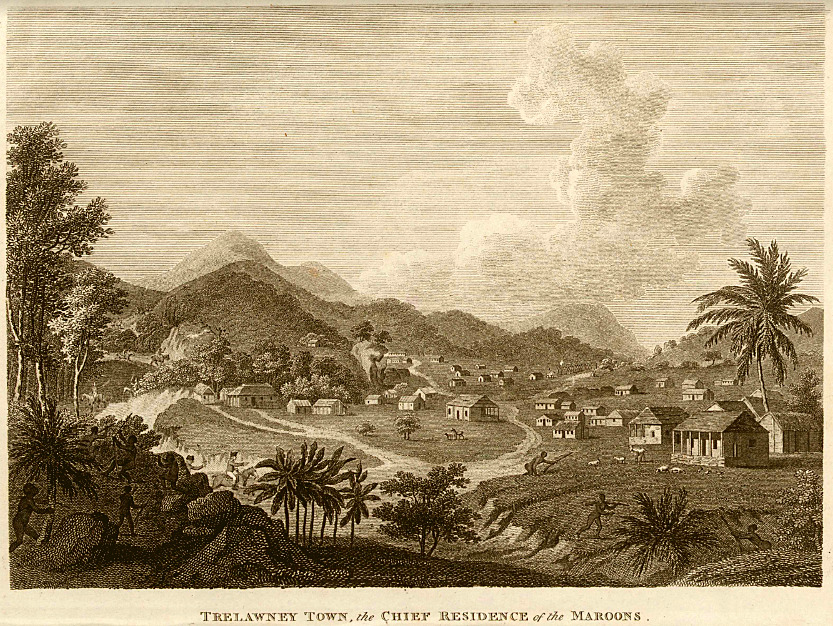