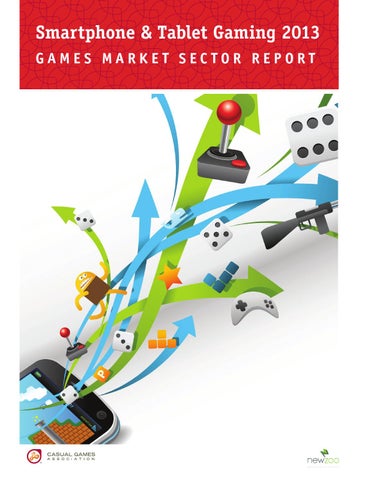 From a consumer perspective, smartphones and tablets both have their own right of existence, ensuring that mobile games growth as a whole is fueled by both simultaneously. They are fast becoming the primary screens in the multiscreen environment of consumers.

Gaming on mobile screens is pushing time spent on games up dramatically as consumers can play at anytime and anywhere. Ultimately this results in continued growth for the market as a whole.

As smartphones and tablets penetrate every corner of the world, developers can launch titles into any country they choose. Countries that were previously hard to penetrate are now appearing on the opportunity radar.

Pioneered on PC, free-to-play is the dominant business model for mobile taking over 90% of global revenues. Ultimately this has been the choice of consumers.

Driven by fierce competition, the pace of innovation related to smartphones and tablets goes unmatched. This continuously provides developers with new opportunities, including the chance to catch up with immersive console or PC games.

Global Growth This year, the mobile games segment is on track to generate $12.3 billion or 17.4% of all global game revenues. By 2016, mobile games are expected to account for 27.8% of revenues, generating $23.9 billion. The 2012 to 2016 Compound Annual Growth Rate (CAGR) for the mobile games segment (27.3%) is almost four times higher than the industry as a whole (6.7%). This impressive growth is driven mostly by tablet gaming, which boasts the highest CAGR of any platform at 47.6%.

the next biggest region, North America. Western & Eastern Europe will continue to grow fastest with Compound Annual Growth (CAGR) rates of over 33%. Within the APAC region, China and South-East Asia boast comparable growth figures. Japan has always been a huge mobile games market, even before the arrival of smartphones and tablets. Average monthly spend per paying mobile gamer is highest in Western Europe with $4.40.

The Players players split : per gender age and device

Share of mobile gamers playing on a tablet or smartphone Tablet

The Payers In the short term, the uptake of mobile gaming is increasing the time spent on games enormously, up to 25% year-on-year in a single country. In the medium to long term, this will push the global games market to new revenue levels. The fastest growing KPI behind the growth of the smartphone and tablet games market is the absolute number of paying gamers. Asia, as aggregate of China, Japan, Korea and Taiwan, has the highest percentage of mobile players that also pays for games at 47%. Of these payers, 4% are big spenders. This is the same as in Europe, where the share of paying gamers is still lower at 34%. Of US mobile players, 45% pay for and in mobile games and 5% of these are big spenders. The US also has the highest amount of average spenders (33%), followed by Europe (23%). Asia has the highest amount of minor spenders at 77%.

Level of Spending Based on monthly average spend

Country Rankings Below, you can see the top 10 countries in terms of revenues generated for the iPad, iPhone & Google Play stores. The iOS data is based on a total of 43 countries and the Google Play Store data is based on 34 countries. In September, the top 2 countries in terms of iPhone game revenues swapped positions. The US reclaimed the top spot pushing Japan back to number 2. China is in third position with the UK and Australia following. Candy Crush Saga was the top performing game in 11 of the top 20 countries. The top 3 countries in terms of revenues generated from iPad games were the US, China and the UK. In the past 4 months, China has climbed 1 position in the chart, whereas Japan

has made an impressive jump from number 9 in May to number 5 in September. Candy Crush Saga was also the top performing on the iPad, taking the top spot in 10 of the 20 top countries. Puzzles and Dragons was the top game in Japan. Asia has a stronger presence in the Google Play chart with Japan and Korea as the top performing countries. The US is number 3 and is followed by Germany. Since May, France has made a gain of one place in the chart while Hong Kong moved up 2 places to number 10. Candy Crush Saga is once again the most popular game, generating the most revenues in 15 of the top 20 countries. Spartan Wars: Empire of Honor was the top game in Russia.

top countries in terms of game revenue per store : September 2013

The graph above shows the relative revenue split per platform. The combined revenue for the iOS platforms (iPhone and iPad) was highest in the US and Japan and lowest in South Korea where Google Play revenues dominated. Google Play also accounted for a relatively large share of revenues in Japan and Germany. Chinaâ&#x20AC;&#x2122;s mobile games market outside of iOS is dominated by local Android stores. As seen on the right hand side, Google Play has a higher market share in terms of mobile gamers but reach amongst paying mobile gamers is larger for both iOS stores combined. Amazonâ&#x20AC;&#x2122;s launch in Europe seems to be effectively reaching paying gamers. 8

have a full time job

are in part time employment

have at least 1 child

have at least 1 child

play video games with their kids

play video games with their kids

class themselves as core

class themselves as “core“

use family/friend recommendations to choose a mobile game

* Aggregate of 18 countries across the globe

Rise of Core This graph shows how mobile gamers classify themselves when asked to choose from one of the below:

Core: Gaming is an important part of my life

and I spend a large amount of my spare time gaming. I enjoy immersive action-packed games the most, and like to compete with other gamers.

immersive games. I do not spend great lengths of time gaming and don’t spend a large amount of money on it. However if I would have more spare time I would probably spend more time and possibly money on games.

Casual: Although I enjoy games, my time spent

or interest in them is limited. I mainly play games to pass the time and don’t invest a lot of money in them.

When zooming in on “core” PC/MMO or console gamers that spend money and play “core” genres, it becomes clear that are very likely to also play and pay for mobile games with 88% playing and 59% paying for mobile games.

Below, three “core” mobile games are listed. When revenues are divided by the number of downloads for 2013 year-to-date, the figures show that a long-running free-to-play game (Modern War) can reach higher monetization levels than a paid game (Grand Theft Auto: Vice City).

25% of mobile gamers play video games with their kids at least once a week 35% of 17.4 million Turkish mobile gamers consider themselves to be “core” gamers

58% of the 9.9 million Polish Mobile gamers are male

24% of the 16.6 million South Korean mobile gamers like racing games

Netherlands vs China : reasons for choosing a mobile game

See you in Amsterdam! Following five great years in Hamburg, Casual Connect Europe is returning to Amsterdam in 2014. The event will be held at the landmark Beurs van Berlage building in the city centre, walking distance from the train station as well as a variety of entertainment. The event is now open for registration and sponsoring. Please visit the website to ensure you get involved with this event that is anticipated to be nothing less than epicâ&#x20AC;Ś. http://europe.casualconnect.org

For press inquiries, please email jessica@casualgamesassociation.org Learn more about the games industry with the best speakers, networking, lectures and data to help you succeed in a crowded market at: Casual Connect Europe: Feb 11-13, 2014 Casual Connect Asia in Singapore: May 20 - 22, 2014 Casual Connect USA in San Francisco: July 22 - 24, 2014

Casual Connect Europe Returns to Amsterdam February 11-13 2014 About Newzoo and Distimo Newzoo is an international full service market research and consulting firm, focused completely on the games industry. It provides independent market data across all game segments, business models and regions of the world based on a unique combination of primary consumer research, transactional data and financial analysis. Distimo is Newzooâ&#x20AC;&#x2122;s global app analytics partner. It provides the #1 free app analytics platform for developers as well as daily insight into app performance worldwide through its AppIQ dashboard.

About the Casual Games Association When it comes to the health of your business, the more things that work together, the better. Which is why the Casual Games Association is a critical portion of the success of your company and the industry as a whole. It means that you and your team have access to cutting edge educational resources and are connected to thousands of other game industry professionals, members of the press and service providers around the globe. Learn more at http://www.casualgamesassociation.org/ 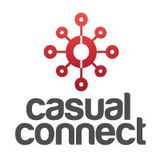 This quarterly CGA Market report sheds light on what happened to the Mobile games industry in 2013, and how this will affect the future of g...

This quarterly CGA Market report sheds light on what happened to the Mobile games industry in 2013, and how this will affect the future of g...