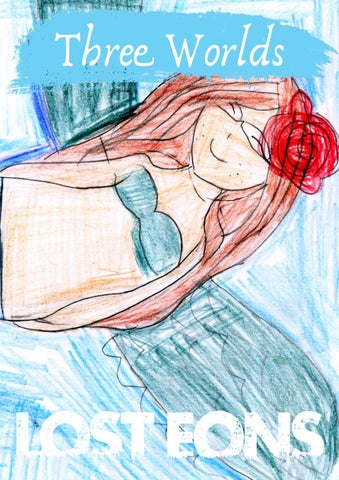 CONTENTS WORDS FROM THE AUTHORS

Niamh Ball The project was about Manchester thousands of years in the future. I created drawings based on a city, half on land and half underwater. I wanted everyone to be both, humans and sea animals - combined like penguins and mermaids. The project was really good and I spent a lot of time on it. I liked spending time on the drawings and adding detail. I was able to talk to David about my ideas and drawings. Raven Keating My project is about mixing animal features into humans. Before they became animals they were sad and depressed humans, desperate for help. As they travelled away from their old town they discovered an enchanted forest with the main character Toby, the magical mushroom. Toby enchanted them with the animal looks. Eve is the goat being and Amorie is the boy goat being, and they are living in the cave, which is the home of their missing parents. When I did this piece I found it really enjoyable, and I wish to continue with it even though I know it will now be my own thing. When I found out about this project I found it really inspiring. George Parker Conway I really enjoyed doing the project as I liked combining plants, mankind and animals together to create weird and wonderful creatures which would be living 8000 years later in Manchester. I liked doing a combination of both pencil and coloured pencil drawings. Overall, I have found the project very satisfying and enjoyable, being able to show David my weekly progress of the illustrations which I have been doing for this project.

In Lost Eons you will emerge from the darkness into a new light, one dominated by inscrutable and terrible forces you must seek to understand. Using these pages create a post-human character, ready to face the mysteries and dangers of the far future.

The Crystal Kingdom is like Atlantis, but in the air. Mermaids and humans live there. It is made of magical crystals and has comfortable dark mattress beds. It has been here for a long time. Everybody runs the Kingdom together. They have big meetings to decide things. They’re a team. They need supplies from other kingdoms, they go on adventures to trade magical necklaces. Everybody helps make them.

This is a Magical necklace that opens the gate to the kingdom. They live there, in the Kingdom. Along with lots of other people. Lots of different creatures live there.

Lyka is Niamh as is a mermaid in the future in Manchester. She met a boy in the North Pole. A mermaid has the ability to handle lots of different types of weather.

Lyka’a partner is a human with brown hair, brown eyes, a boy, 20’s black and white clothes, like a penguin, and he’s called Michael. A human with penguin feet, maybe wings. His wings turn into human hands when he gets out of the water.

There is a Rainbow fish called Paul. The surface is friendly. Everyone loves to see new things and meet new people to give them stories to tell when they return.

This is how these plant people came to be - humans were working as gardeners and magical plants affected them and they combined together. This altered their personalities to become more plant-minded, some more than others.

He likes dancing to pop and classic music. He was born in Manchester. He’s very sociable, hardworking, kind and friendly. A great representative of a brilliant Mancunian.

Plants with half a human face, bee body and wings with duck feet. The head ended up chopped off and someone put compost in it and out sprouted leaves from seeds, it magically ended up connected to the bee. The Flutterwings and the Waddlefly don’t get along, because they’re in competition, they are in a rivalry.

The Plant Giraffeman came from Africa to the cafe. A magician made the giraffe and person come together to make this Plant. He always has a coffee from the cafe.

She had her head cut off because she’d been stealing food. Her head was put in a plant pot and she is now the local seer and everyone comes to her with important life questions.

It was planted between the pot and the head. It developed a condition from eating something which meant he replaced teeth with growing plants. It feeds on flowers. It likes nature, water and open air. It’s a bit vicious looking. It’s left to its own devises so there’s no competition with the other characters.

the The Crystal kingdom is like Atlantis, but in the air. Mermaids

and humans live there. It is made of magical crystals and has comfortable dark mattress beds. It has been here for a long time. Lyka is Niamh as is a mermaid in the future in Manchester.

Her partner is a human with brown hair, brown eyes, a boy, 20’s black and white clothes, like a penguin, and he’s called Michael. A human with penguin feet, maybe wings. His wings turn into human hands when he gets out of the water. They met in the North Pole. A mermaid has the ability to handle lots of different types of weather. Everybody runs the Kingdom together. They have big meetings to decide things. They’re a team. They need supplies from other kingdoms, they go on adventures to trade magical necklaces. Everybody helps make them. Magical necklace that opens the gate to the kingdom. They live there. Along with lots of other people. Lots of different creatures live there. Lots of people live there. Tom is a Sea Monster is inside the kingdom. He is Very friendly. There is a Rainbow fish called Paul Lyka was born in the magical kingdom. Tom was born there

the The story starts in a future world where the parents escape to the forest. The parents found Toby the mushroom, and were granted a wish. They wished for somewhere to stay that suited their character and would accept them for what they are now. They got changed into what they are now, part human and part animal, and live in the enchanted forest. The parents are now a mystery. The only clue is the footstep.

THE SECRET SPACE In the forest you live, explore and be happy. They have a map so they can never be lost.

the Start of the story is in They a future don’tworld like seeing wherethe theDemon parentsas he’s escape to the forest. The very parents grumpyfound and they the only mushroom, like meeting and were granted a wish. happy They wished people.for somewhere to stay that suited their character and would accept them for what they are now. Got changed into what they are now and live in the enchanted forest. Map of enchanted forest- only people that can enter are those that are most at need. It doesn’t appear unless you’re in need. Otherwise looks like an empty fieldAnd once you’re in the enchanted forest you can’t leave. If there were too many people in it it wouldn’t be a secret space any more. No-one understood them because they were weird and out of place, so they live in the enchanted forest now, out of The City. The parents are a mystery. The only clue is the footstep. Live, explore and be happy. They don’t like seeing the Demon as he’s very grumpy and they only like meeting happy people.

FRIENDS Find some friends to play with, and share this supplement with them.

GUIDE Designate a GM (Guide and Mentor) who will decide a starting point. Let players know about this beforehand so they can use that information to shape their character. CHARACTER Select a character. Choose whether you would like to play as a character from the book, or one you invent. Decide a name and a backstory, and have a think about their personality. DICE Make sure each player has two six-sided dice (2d6). If you don’t have any, you can use Google - just put 2d6 in the search bar. As the GM leads the players through the story, you might come up against challenges. RULES There might be a chasm you need to leap over, another character you have to outwit, or a twinkling light on the horizon that could bode safety or danger if you determine it correctly. In those instances, the GM will ask you to roll your dice to test your ability and luck. Look at both dice and pick the highest number. If it’s a 1-3 your attempt goes badly. 4-5 means you struggle but succeed, perhaps losing something in the process, and 6 means you succeed.

Lost Eons has simple rules, but if this is your first time playing you can use these very light rules to get started in the Three Worlds. All you need are dice, a pencil and paper and some friends.

STRESS Your Stress starts at 1. If you roll a 1-3 on a test, it could add to your Stress. Roll 1d6. If you roll over your current Stress, you shake it off. If you roll equal or lower, add one to your current Stress and describe how your character reacts in the game. STRESSED OUT If your Stress ever reaches 6, you become Stressed Out, and can’t act until you have time to relax and heal. DE-STRESS Your friends can take time (around 30 minutes of in-game time) to help you. The friends say what they do to help, and test, as a group, how effective their words and actions are. Roll 2d6. On a 1-3 remove one Stress, but all helping gain 1. On 4-5 you remove 3 Stress. On 6 you feel much better and reset to 1 Stress. SLEEP A good night’s rest in a safe place removes all stress. PLAY TO FIND OUT The GM will get the story started and narrate the action that you take part in. Enjoy!

Through a series of online workshops, artist David Blandy and young artist members of Venture Arts have been reimagining Manchester 8000 years from now. Niamh, Raven and George from Venture Arts have spent time with David, talking, drawing and writing. Their collective imaginings have been captured in the zine Three Worlds: Lost Eons. Explore Three Worlds and be transported to Manchester in 8000 years where you’ll find Niamh’s ‘Crystal Kingdom’. Then perhaps wander around George’s ‘Park’ to meet Heaton Park Rose Queen, Waddlefly Splitface Plant and many more wondrous characters. Finally, journey through The Enchanted Forest, The City and The Secret Space, in Raven’s ‘Enchanted Series’, but do be careful of The Demon Plaag! Find out more at www.castlefieldgallery.co.uk 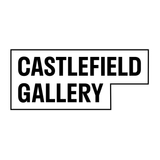