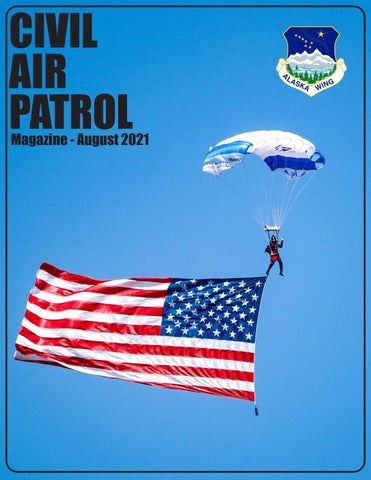 Congratulation to the members of the Alaska Wing on winning the 2021 Civil Air Patrol Search and Rescue Award!

On a Friday in July, 2d Lt Tully Ward-Hamer and 2d Lt Benjamin David Jacob executed a SAR training mission with the 185 amphib, N185HS. They departed Merrill Field in Anchorage and began the practice with a grid search south of Flat Horn Lake in GARS quadrant 060NQ1. Upon receiving a practice ELT signal they began using wing null techniques and DF instrumentation in the aircraft to locate the source of the practice ELT signal west of the Yentna River. Upon locating the signal, the practice search was declared a success and the crew landed to pay a visit to Lt Col Bryan Emerson and his wife, Laura, who live there. The Emersons shared some tea and cookies to the great appreciation of the flight crew! After a short visit, the flight crew departed back toward Merrill to close out a successful SAR training mission.   CAP AKWG 5

an annual basis. The reason is because the NCOA aims to fill a gap On August 7th and 8th, cadets in our cadet’s training between acfrom as far away as National Captivities like encampment which foital Wing gathered at the Polaris cus on creating foundational knowlComposite Squadron hanger for edge for cadets and programs such the 2021 Alaska Wing Noncommis- as Cadet Officer School or Region sioned Officer Academy (NCOA). Cadet Leadership School which Students spent the weekend takprovide more advanced training for ing an in-depth look into drill and our cadet officers. Despite differing ceremonies, proper wear of the from these activities because it is uniform, and most importantly, not a requirement for cadet prolearned how to conduct themselves motions, the training these cadets as NCOs. receive through the NCOA is every bit as valuable and sets them up This is not the first time such an for success throughout their cadet activity has been run in Alaska careers and beyond. Wing, however the hope is that this NCOA will be the first to occur on 6  CAP AKWG

Delta https://www.facebook.com/bigdeltacap/ The squadron completed the Science Project Report, Preliminary Video, Mission Patch and Flight Manifest for the StratoStar High Altitude Balloon Challenge. The experiments in their capsules were shipped to StratoStar. One capsule is the control and will remain on land; the other is the Experiment Capsule and will be flown to a high altitude in Indiana later this month and then both will be returned to the squadron. The cadets are excited to see what changes will occur from the differences in altitude, pressure, temperature, extreme movement and radiation. The specific experiments include raw honeycomb, a pencil eraser, lead fishing weight, copper bb, pen spring, small watercolor marker, piece of dried apple and piece of birch bark. Additional work will be done to complete the Documentary video and the One-Slide Final Reports for each experiment. Cadets will be offering a Red Ribbon Leadership Academy to local youth on 21 August. Some students have already registered for the course, and cadets are anticipating sharing their knowledge of leadership with them, as well as having some fun with the icebreaker and Team Leadership Project. At least two squadron members attended the Arctic Lightning Air Show at Eielson AFB and enjoyed it thoroughly! One member assisted in the CAP booth and made connections with potential CAP 12  CAP AKWG members.

Cadet Parker and Capt Brown after an orientation flight.

CMSgt presented our squadron a beautifully framed picture of the AKWG 2021 encampment staff and cadets. Birchwood also held a promotion ceremony on this date. Congratulations to all of our newly promoted cadets: C/Amn Strouse C/Amn Johnston

Arcturus member Moises Herrera’s boxer (dog), “Tova” recently had a litter of six puppies and he is training them to be SAR and ser-

vice dogs. He introduces a puppy to one of the “Camp Shriver Alaska” campers at the Special Olympics Alaska Sports, Health, and

Wellness Center in Anchorage on July 22.

Cadets worked on achievements, practiced drill and operated the flight simulator. Kenai Cadets continue to present required Safety, Aerospace, Character Development and Leadership lessons. One great presentation was by C/A1C Luke Cole described his experience at the Encampment at Wendover Air Force Base at the border 18  CAP AKWG

of Utah and Nevada. He flew from Anchorage to Fairbanks to Seattle to Salt Lake City and took a van to Wendover AFB. A typical day meant waking up at 5:30 and meeting at the flagpole area. All day long he cleaned and cooked. He worked all day long. Cadets from Nevada, Colorado and Alaska formed four flights. Cadet Cole

stated the work was hard and the people he met were great. Cadets made box kites one afternoon. The Hargrave brothers from Australia invented them in 1893. It was a wonderful experience. Also, the recent flights into space by Richard Branson and Bezos were discussed. New Cadet fliers designed by Mrs.

Save the date: 2 - 3 October, Virtual Wing Confe Details to be announced shortly!

1 AUG 21 MEMORANDUM FOR ALL ALASKA WING PERSONNEL FROM: AKWG/CC SUBJECT: Interim Change 1.0 to AKWG Phase 3 Remobilization Plan dated 24 May 2021 1. In response to evolving health indicators in the State of Alaska, with immediate effect and until further notice, Alaska Wing Civil Air Patrol members participating in CAP-related activities will adhere to the following additional guidance: a.

Indoors: Groups of more than 3 personnel will wear masks, regardless of vaccination status.

Outdoors: When appropriate social distancing cannot be maintained, groups of more than 3 personnel will wear masks, regardless of vaccination status.

2. These measures are additional to measures directed in the AKWG Phase 3 Remobilization Plan dated 24 May 2021. I appreciate your support as we work through these changing health conditions as a team, and for all you do to meet our many missions on the last frontier. My POC for this action is Lt Col Steve Sammons, AKWG/HSO, stephen.sammons@akwg.cap.gov If I can provide any further information, please do not hesitate to contact me at 105982@akwg.cap.gov Kevin A McClure Colonel CAP

It was with sad heart Saturday that I learned of the passing of one of Alaska Wing’s iconic members, Steve Sztuk. Steve was a mentor to many, me included - beaver driving, airplane maintenance, bush & float flying, and squadron leadership. He was an inspiration to me and many others. The cadets looked up to him and learned a lot from him as well. I am very proud to have served in the CAP with Steve and to have called him my friend. Please keep Jean in your prayers, as I understand she’s not doing very well at all. Lt Col Jeffrey W DeFreest, CAP 26  CAP AKWG

Lt Col Bryan Emerson, CAP Publisher and Editor Alaska Wing PAO, DC, R&R Welcome to the tenth digital issue of the Civil Air Patrol Magazine, Alaska Wing! We have covered much of this vast state together since we started reporting in November of 2020. Last month’s issue recorded over 450 unique readers on desktops (43%), phones (6%), and tablets (51%). This online publication is designed to attract, inform and motivate readers through photos, text and stories. We see and feel the four core values in the faces and body language of the cadets and senior members portrayed herein. I am indebted to the many members who submit content and photos every month. Without your support, this would not be possible. If you would like to propose any content by the 15th of each month or provide feedback then please contact me at Bryan.Emerson@ akwg.cap.gov, 1 (907) 795-5586 cell. Wing HQ: https://akwg.cap.gov, hq@akwg.cap.gov, P.O. Box 6014, Bldg 16322, 37th St., Elmendorf AFB, AK 99506, 907-551-3147 INTEGRITY - VOLUNTEER SERVICE - EXCELLENCE - RESPECT 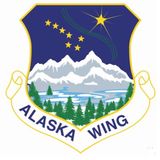