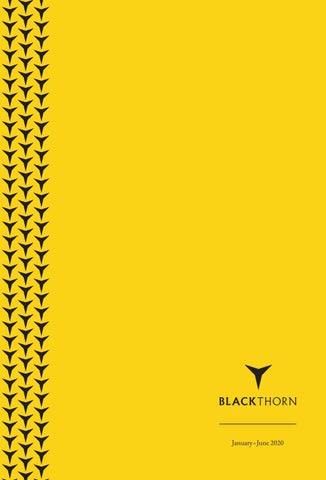 Black Thorn is a brand-new imprint, specialising in the very best in compulsive crime fiction. From psychological thrillers to police procedurals, and from historical detective dramas to heart-thumping suspense stories, we sleuth out and publish irresistible books. link blackthornbooks.com twitter @blackthornbks

A SEASON FOR THE DEAD David Hewson There’s no rest for the wicked. . . While Rome is sweltering in the height of summer, a serial killer is on the loose. Sara Farnese is working in the Vatican library when a man bursts in intent on showing her the contents of his bloodied bag, until a guard shoots him. But why was the man targeting Sara? Determined to find answers, Sara’s path crosses with a young up-andcoming Roman detective, Nic Costa. He’s determined to track down the dangerous killer behind this bizarre and brutal murder and to protect Sara from becoming the next victim. . .

THE VILLA OF MYSTERIES David Hewson An ancient ritual. A modern-day crime. A body is found in a peat bog near the banks of the River Tiber. Teresa Lupo, a maverick pathologist, believes it was a young woman sacrificed long ago in an ancient Roman ritual. But she’s wrong. Whilst the method of killing is ancient history, this murder happened very recently. The horror of these ritualistic killings is very much alive and it’s up to Nic Costa to get to the bottom of it.

David Hewson is a former journalist with The Times, the Sunday Times and the Independent. He is the author of more than twenty-five novels including his Rome-based Nic Costa series which has been published in fifteen languages and the sixth book, The Garden of Evil, was shortlisted for the Theakston Old Peculier crime novel of the year award. He has also written three acclaimed adaptations of the Danish TV series, The Killing.

THE VILLA OF MYSTERIES

WINNER OF THE CWA SILVER DAGGER

Meet Jack Laidlaw, the original damaged detective. When a young woman is found brutally murdered in Kelvingrove Park, only Laidlaw stands a chance of finding her murderer from among the hard men, gangland villains and selfmade moneymen who lurk in the city’s shadows.

Eck Adamson, an alcoholic vagrant, summons Jack Laidlaw to his deathbed. Probably the only policeman in Glasgow who would bother to respond, Laidlaw sees in Eck’s cryptic last message a clue to the murder of a gangland thug and the disappearance of a student. With stubborn integrity, Laidlaw tracks a seam of corruption that runs from the top to the bottom of society.

WINNER OF THE GLASGOW HERALD’S PEOPLE’S PRIZE When his brother dies stepping out in front of a car, Detective Jack Laidlaw is determined to find out what really happened. With corrosive wit, Laidlaw relates an emotional quest through Glasgow’s underworld, and into the past. He discovers as much about himself as the loved brother he has lost in a search that leads to a shattering climax.

FEBRUARY’S SON Alan Parks ‘So noir that he makes most other Scottish cops seem light grey’ The Times On dark nights, someone needs to light a few fires . . . Bodies are piling up with messages carved into their chests. Rival gangs are competing for control. New drugs have arrived in Glasgow, and they’ve brought a different kind of violence to the broken city. The law of the street is changing and demons from Detective McCoy’s past are coming back to haunt him. Can McCoy keep his head up for long enough to deliver justice?

Alan Parks has worked in the music industry for over twenty years. His debut novel Bloody January was shortlisted for the Grand Prix de Littérature Policière. He lives and works in Glasgow. twitter @AlanJParks

A dark and grimy thriller set in 1970s Glasgow, from the most exciting new voice in Scottish noir

SHADOW PLAY Cynthia Harrod-Eagles ‘Ingenious’ Daily Mail ‘A truly outstanding series’ Booklist ‘No CCTV cameras, no overlooking houses, no passing traffic or pedestrians. That means no witnesses.’ Bill Slider begins a nightmarish investigation when an unidentifiable victim is found in the no man’s land beneath London’s A40 flyover. Slider doesn’t have much to go on. The victim, a smartly dressed businessman, has no ID in his pockets and no one has reported him missing. When the autopsy reveals old injuries and faded scars cover the man’s body, the mystery only deepens. If he wants answers, Slider knows he must go into London’s darkest corners.

Cynthia Harrod-Eagles is the author of over ninety books, including her acclaimed Bill Slider mysteries and her Morland Dynasty series, which has sold over 100,000 copies. link cynthiaharrodeagles.com

THE SIDEMAN Caro Ramsay ‘Brilliant in twisting the tension tauter with each page’ Guardian ‘[Ramsay] is a titan of Tartan Noir’ Helen Fields Detective Inspector Costello has resigned. No notice, no goodbyes. Convinced that George Haggerty murdered his wife and son despite his cast-iron alibi, Costello has gone solo, determined to expose a ruthless killer without being hampered by police protocol. But is she right about Haggerty’s guilt? And where has she disappeared to?

DCI Colin Anderson has no time to ponder the loss of his partner of twenty years. With a badly beaten body found on a remote mountain pass; a woman with a serious head wound who won’t communicate in any way; and a substantial pool of blood discovered at the edge of Loch Lomond, Police Scotland have their hands full. Could there be any connection to Costello’s disappearance . . . ?

Caro Ramsay is the Glaswegian author of the critically acclaimed DI Anderson and DS Costello series, the first of which (Absolution) was shortlisted for the CWA’s New Blood Dagger for best debut of the year. The ninth book in the series, The Suffering of Strangers, was longlisted for the McIlvanney Prize 2018. twitter @CaroRamsayBooks link caroramsay.com

THE BURNING LAND George Alagiah ‘George Alagiah manages to give us the best of both worlds: an absorbing, pacy thriller with great political depth’ Tahmima Anam ‘It was never meant to be like this. Sabotage, yes. Propaganda, yes. All of that and more – but not this. Not murder.’ South Africa has become a powder keg. Its precious land is being sold off to the highest bidders while the country’s corrupt elite pocket the profits. As the dreams and hopes of its people are threatened, frustration turns to violence. With the shocking murder of one of the country’s bright young hopes, the fuse is well and truly lit. Conflict mediator Lindi and her childhood friend Kagiso find themselves in the heart of the chaos, fighting to save themselves and their country as events are set in motion that no one – least of all they – can control.

George Alagiah is presenter of BBC News at Six, Britain’s most watched news programme. That role followed ten years as a foreign correspondent, covering the 9/11 attacks on New York, the genocide in Rwanda, civil wars in Liberia, Afghanistan and Sierra Leone, and Nelson Mandela’s presidency. He’s won numerous awards, including The Royal Television Society and Amnesty International among others. Before the BBC he worked in print journalism. In 2008 he was awarded an OBE for services to journalism.

THE HEIGHTS Parker Bilal ‘Bilal’s powers of description and his sensible, wryly compassionate leading man make this an enthralling read’ Guardian Cal Drake has left the police force and is now working as a private detective, having teamed up with the motorcycle-riding Dr Rayhana Crane. It’s not long before the two are embroiled in a case. What starts with the grisly discovery of a severed head on the Tube soon becomes personal. As the investigation progresses, it becomes apparent that the murder victim is tied to Drake’s past – and threatens the new future he is trying to build. As they investigate this new murder and the disappearance of a young international student from the Gulf, Crane and Drake find themselves in the dark underworld of London with international crime, local rivalries and a very personal quest for retribution.

Parker Bilal is the pseudonym of Jamal Mahjoub, the critically acclaimed literary novelist. He is the author of the Makana Investigations series, the third of which, The Ghost Runner, was longlisted for the Theakston Old Peculier Crime Novel of the Year Award. The Divinities, the first in his Crane and Drake London crime series, was published in 2019. Born in London, he has lived in a number of places, including the UK, Denmark, Spain and, currently, the Netherlands. twitter @Parker_Bilal 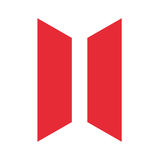