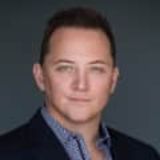 Third-generation Portlander, Cameron Forni, is the President of Select at Curaleaf and one of the most notable faces in cannabis. He was previously the CEO of Cura Cannabis Solutions and the Co-founder of Select Oil, founded after he pioneered the industry-standard vape cartridge. The new cartridge—one free of fiberglass, innovated with unique absorption systems and organic cotton quickly became the best vaporizer pen the market had to offer. Cameron's work has been featured in High Times Magazine, Marijuana Times Magazine, and Inc. Magazine. His company possesses the number one selling cannabis brand in the country, currently sold in over 900 stores. In the spring of 2019, his Select brand was bought by Curaleaf in a record-breaking, billion-dollar deal, creating the largest cannabis company in the industry by revenue.