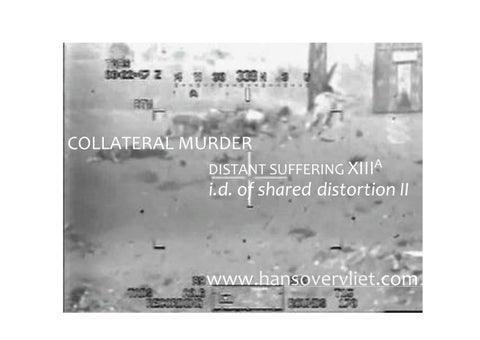 On April 5 2010 10:44 EST WikiLeaks released a classified US military video depicting a July 2007 attack by a US Army helicopter gunship, indiscriminate slaying over a dozen people in the Iraqi suburb of New Baghdad including two Reuters news staff. Reuters has been trying to obtain the video through the Freedom of Information Act, without success since the time of the attack. The video, shot from an Apache helicopter gun-sight, clearly shows the unprovoked slaying of a wounded Reuters employee and his rescuers. Two young children involved in the rescue were also seriously wounded. The military did not reveal how the Reuters staff were killed, and stated that they did not know how the children were injured. After demands by Reuters, the incident was investigated and the U.S. military concluded that the actions of the soldiers were in accordance with the law of armed conflict and its own "Rules of Engagement". Consequently, WikiLeaks has released the classified Rules of Engagement for 2006, 2007 and 2008, revealing these rules before, during, and after the killings. WikiLeaks has released both the original 38 minutes video and a shorter version with an initial analysis. Subtitles have been added to both versions from the radio transmissions.

WikiLeaks obtained this video as well as supporting documents from a number of military whistleblowers. WikiLeaks goes to great lengths to verify the authenticity of the information it receives. We have analyzed the information about this incident from a variety of source material. We have spoken to witnesses and journalists directly involved in the incident. WikiLeaks wants to ensure that all the leaked information it receives gets the attention it deserves. In this particular case, some of the people killed were journalists that were simply doing their jobs: putting their lives at risk in order to report on war. Over time, some soldiers testified about what they sawe that day. Like soldier Ethan McCord. So, what happened to the commanders and executors of these war crimes? Nothing. What happened to Assage and Manning? This was the state of affairs after 10 years.

distant suffering (2013-) is an ongoing series of art that investigates the role of the media in the representation of military violence and memory. With the production of the art-series distant suffering, Hans Overvliet questions the role of the media consumer, yet equally his own role as an artist. By constructing these works of existing media images, Overvliet allows us to view these images through an entirely different lens. Most often, the artist’s intended themes include the multiplicity of visual culture and its mindless consumption. Overvliet’s works ask from the spectator to gaze intently at them, in order to instigate in the viewer a new awareness about the images around them. 1 From a thematic perspective distant suffering is about art, violence, war & destruction as presented in media production, media consumption, fading remembrance / memory, the politics of aesthetics, and ownership of the event versus its documentation. The title of distant suffering derives from the book Distant Suffering, Morality, Media and Politics by Luc Boltanski2 – indeed the brother of. The exhibitions of distant suffering are also about questionning the neutrality & safety of the art space and the role of the art producer & the art consumer. The poetry in distant suffering is inspired by Kahlil Gibran3, especially his poem from The Garden of The Prophet : Pity the nation divided into fragments, each fragment deeming itself a nation. The transition into art is inspired by the Dutch Artist Armando4: It is the beauty of evil, ‘die Schönheit des Bösen’, located

do4: It is the beauty of evil, ‘die Schönheit des Bösen’, located in the belly of the evil, looking for a place in the wake of evil in order to show himself to me, although it doesn’t amuse me at all. This beauty calls me to transfer the ‘evil’ into the innocent, because amoral domain the art. Art critic Nico Out articulated the relationship artwork / Luc Boltanski in a review of my work in W45, art space Goes: Behind the formal aspect of the work of Hans Overvliet lies a strong commitment to the troubled spots in the world. (...) In his work impermanence gets an extra charge. In "Anatomy of a Cloud" and "Syrian Skies' he refers subdued and in a penetrating way to the destruction of life in the struggle of people. The question is: what does this work add to what I know and who I am? My answer: an unexpected angle. Because Overvliet for example shows me five times an intense black plume of smoke; I suddenly I breathe a little different . . . . 5 Out seamlessly matches with the analysis by the philosopher Han-nah Arendt on the dichotomy 'compassion' versus 'empathy'. The action driven perspective that is included in the approach of her non-paternalistic empathy is the performative part of the series distant suffering.