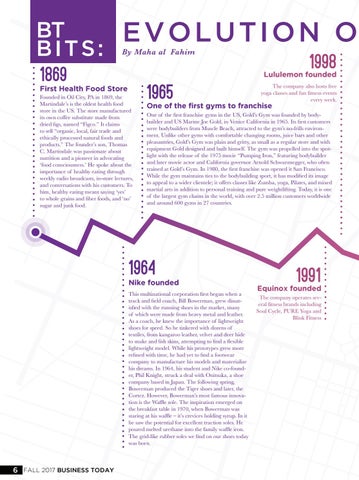 First Health Food Store Founded in Oil City, PA in 1869, the Martindale’s is the oldest health food store in the US. The store manufactured its own coffee substitute made from dried figs, named “Figco.” It claims to sell “organic, local, fair trade and ethically processed natural foods and products.” The founder’s son, Thomas C. Martindale was passionate about nutrition and a pioneer in advocating ‘food consciousness.’ He spoke about the importance of healthy eating through weekly radio broadcasts, in-store lectures, and conversations with his customers. To him, healthy eating meant saying ‘yes’ to whole grains and fiber foods, and ‘no’ sugar and junk food.

One of the first gyms to franchise

One of the first franchise gyms in the US, Gold’s Gym was founded by bodybuilder and US Marine Joe Gold, in Venice California in 1965. Its first customers were bodybuilders from Muscle Beach, attracted to the gym’s no-frills environment. Unlike other gyms with comfortable changing rooms, juice bars and other pleasantries, Gold’s Gym was plain and gritty, as small as a regular store and with equipment Gold designed and built himself. The gym was propelled into the spotlight with the release of the 1975 movie “Pumping Iron,” featuring bodybuilder and later movie actor and California governor Arnold Schwarznegger, who often trained at Gold’s Gym. In 1980, the first franchise was opened it San Francisco. While the gym maintains ties to the bodybuilding sport, it has modified its image to appeal to a wider clientele; it offers classes like Zumba, yoga, Pilates, and mixed martial arts in addition to personal training and pure weightlifting. Today, it is one of the largest gym chains in the world, with over 2.5 million customers worldwide and around 600 gyms in 27 countries.

1964 Nike founded This multinational corporation first began when a track and field coach, Bill Bowerman, grew dissatisfied with the running shoes in the market, many of which were made from heavy metal and leather. As a coach, he knew the importance of lightweight shoes for speed. So he tinkered with dozens of textiles, from kangaroo leather, velvet and deer hide to snake and fish skins, attempting to find a flexible lightweight model. While his prototypes grew more refined with time, he had yet to find a footwear company to manufacture his models and materialize his dreams. In 1964, his student and Nike co-founder, Phil Knight, struck a deal with Onitsuka, a shoe company based in Japan. The following spring, Bowerman produced the Tiger shoes and later, the Cortez. However, Bowerman’s most famous innovation is the Waffle sole. The inspiration emerged on the breakfast table in 1970, when Bowerman was staring at his waffle – it’s crevices holding syrup. In it he saw the potential for excellent traction soles. He poured melted urethane into the family waffle iron. The grid-like rubber soles we find on our shoes today was born. 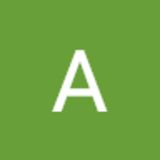