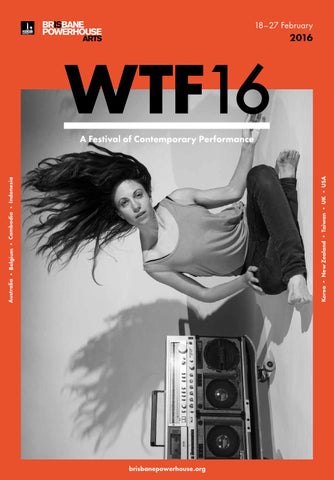 PIECE FOR PERSON AND GHETTO BLASTER

THE LEPIDOPTORS: A SPACE OPERA FREE

River. Street access is via the end of Lamington Street (continuation of

90 mins prior to the performance start time.

BUS The 195 and 196 stop at New Farm Park. Follow the riverside walk

from the CityCat jetty. Service 199 stops on Merthyr Road within walking

fee applies for all bookings (online, over the phone and over the counter).

BICYCLES Bike racks are located outside the Stores Building (beside the

When booking we’ll confirm all details with you. You will receive a

car park) and Brisbane Powerhouse. A CityCycle station is also located at

the entrance to the car park on Lamington Street.

when booking over the phone.

Building. Free taxi phones are located in the foyer opposite the box office.

parking is available in New Farm Park via the car park link road.

Street with lift access from the car park level beside the Stores Building.

PRINT-AT-HOME TICKETS You can now print your tickets at home for WTF shows. Postage via mail and Box Office collection are also available. For full ticketing terms, please refer to our website.

Come intrigued. Leave inspired. Welcome to WTF 2016. This is your opportunity to take a round-the-world trip of international contemporary performance—no long-haul flights required. Join us as we welcome the world to Brisbane, with works from nine countries making up a program that celebrates the personal and political. Yes, it’s theatre, but really it’s an invitation to challenge the way you think about, see and experience the world. And what’s an overseas trip without a few parties thrown in? This year we have created Club WTF— this is your chance to stick around and grab a drink while you enjoy a series of free music from across the globe. So step onboard—eat, drink, discuss, debate and most importantly, share your opinions and stories with your fellow travellers. Make the most of your journey—be an explorer and an adventurer. Remember, every show is a jetlag-free stop over.

See the line between humanity and robots blur as award-winning dancer, choreographer and inventor Huang Yi transfers his human qualities to his robot, KUKA. As a child, Huang Yi longed for a robot companion. As an adult, he was drawn to the fluid, almost humanlike, design of the KUKA robots and eventually he was gifted one to dance with. For every minute of KUKA’s movement, Huang Yi spent ten hours programming it.

“The dance elements combine with exquisite precision to produce an abstract painting in motion …a visual masterpiece.”

You’ll marvel as this poetic work flawlessly intertwines the art of dance, the science of mechanical engineering and the realm of robotics.

Huang Yi and KUKA are joined on stage by dancers Hu Chien and Lin Jou-Wen.

PRESENTED BY BRISBANE POWERHOUSE IN ASSOCIATION WITH SEYMOUR CENTRE DATE

Please note: this show does have a lockout and latecomers will be unable to enter

Most Koreans can recite Shimchong’s tale—her mother died in childbirth, her father is blind, and she sacrifices herself to the Dragon King in order to restore her father’s sight. But what if Shimchong was reborn in Australia as a young woman with a burning desire to see revolution?

In this dark, political, and often hilarious retelling, you’re invited to drink and sing along as contemporary pop music, pansori and physical theatre combine in an event that is as uniquely Australian as it is Korean.

What lies at the heart of conviction? Is it fact or a burning belief that isn’t explainable? A fiercely intelligent theatre experience, this one-manshow explores the phenomenon of Confirmation Bias—our choice to look beyond the facts and see only the evidence that proves we’re right.

“…an absolutely compelling performance from a man who is fast becoming one of the most powerful performers in the UK.”

“Thorpe and director Rachel Chavkin energetically take a liberal Fringe audience to the edge of the abyss of belief and hang them over the side in a conversation for our times.” êêêê THE INDEPENDENT

Prepare to question what you believe and why you believe it in this multi award-winning Edinburgh Fringe hit.

Fresh from rave-reviews at Edinburgh Fringe, New York’s undisputed queen of the underground presents an exuberant performance anthem and passionate rumination on love, longing and loss. Penny Arcade is a former Andy Warhol Factory Superstar who has worked with Paul Morrissey and theatre legend John Vaccaro.

Driven by her magnetic rock n’ roll energy, Penny Arcade creates a crack in the post-gentrified landscape where you can think, laugh and dance at the same time!

“The smartest, most quotable theatrical party in town. Audacious and irresistible!” THE TIMES

Three of New Zealand’s best choreographers combine dance, theatre and film in this powerful performance. Inspired by the true story of Te Aokapurangi, a young maiden from Mokoia Island who single-handedly saved her people from slaughter, this collage of imagery and movement transcends time and space.

“Five extreme dancers, three choreographers at the top of their game… one of the best contemporary dance performances we have seen in years.”

From the stunning opening to the spine tingling finale, be inspired by this display of courage, determination and fearlessness as Mana Wahine evokes the spiritual status of “the woman” within us all.

“Never had I seen an audience so transfixed, so attentive, so mesmerised, so moved all at the same time.”

Take a journey through history with these two performances as BigMoutH captures the moments that spurred the masses to war and SmallWaR tells the stories of the individuals affected. BigMoutH

Witness this powerful recital as writer and performer Valentijn Dhaenens pays tribute to 2,500 years of oration, from the Grand Inquisitor to Socrates and Mohammed Ali through to Osama Bin Laden.

Where BigMoutH offered a platform to the statesman and leaders, SmallWaR shifts focus to the individuals affected by their stirring words.

With five microphones and indefatigable energy, Dhaenens traverses declarations of war, farewells, final arguments, victory speeches and eulogies. As fragments exchange and intersect with each other, BigMoutH reveals that the tricks of rhetoric have hardly changed.

“…take a drink in and brace yourself for an unnerving, technically risky and thought provoking show… I would hate to have missed it.” êêêêê THE TIMES

Through ingenious video projection Dhaenens evokes multiple characters, drawing heavily from letters and memoirs of those who served in wars across the centuries. Be transported to a 1914 field hospital as SmallWaR explores the reverse side of the glory of war in this intimate performance.

“A sensitive, thoughtful and often beautiful response to the continuing suffering caused by war.” êêêêê THE TELEGRAPH

This thought-provoking onewoman-show is the story of a man, a woman and a duck. It is about the excruciating realms of human behaviour and trying to become a better person.

As acclaimed writer and performer Nicola Gunn recreates scenarios on stage, she will attempt to dissect our motivations for conflict and ask the big question: why can’t we all just get along?

“She combines performance art and anthropology like no other artist… an enlightening, enthralling experience.” CRIKEY DAILY REVIEW ON IN SPITE OF MYSELF

Are you willing to take part in conflict in order to transform and change the future for the better?

HANUMAN SPACEMAN BY THE CAMBODIAN SPACE PROJECT Image by David A. Rosenberger

Take a trip to outer space with this trippy tropical rock opera by Cambodian rock sensations The Cambodian Space Project. “I first heard TCSP on ABC radio, something about Channthy’s voice, one of those voices that gives you the shivers…”

“They’re a great band, the singer is amazing, really beautiful, the guitars really jump out at you, very affecting, great stuff.”

THE LEPIDOPTERS: A SPACE OPERA Gird your loins! Alien moths have invaded the Indonesian archipelago and plan to colonise Earth through inter-species reproduction. Prepare yourself for this cross-genre, cross-cultural avalanche as a choir, an Indonesian prog-metal band, a virtuoso pianist, a gamelan machine, a narrator and a visual artist combine for one mind-bending night of fun.

“At times reminiscent of Arvo Pärt, at others like Sufjan Stevens, Herbie Hancock and Bikini Kill decided to play a triple bill in a museum.” ARTSHUB

Join experimental music duo HH as they push the boundaries of syncronisation between sound and image in this sense-explosive evening. Created by sound artists Yao Chung-Han and Yeh “A doorway to more possibilities has been Ting-Hao, Syn-Infection explores the transforming qualities opened by HH.” THE SUBCONSCIOUS RESTAURANT MAGAZINE of experimental noises and music. Immerse yourself in the sounds and illuminations and be transported into the grey regions between rationality and recklessness. PRESENTED BY BRISBANE POWERHOUSE DATE

Did you know that pigeons sense the earth’s magnetic field? And that thousands of starlings can move together by reacting only to their seven closest neighbours?

This is a work-in-progress showing of Aeon, currently in development as part of the Mobile States initiative produced by Performing Lines.

About the artist: Lz Dunn works with performance, movement, sound and video through site-engaged processes to consider ecology, nature, queerness and space. Take part in this first public work-in-progress showing as Aeon artists collaborate with local performers in this immersive performance.

Using sound, movement and mass choreography, Aeon experiments with the fascinating flocking strategies of urban birds. Navigate your senses as you explore and engage in this interplay of ‘natural’ behaviour.

Aeon was commissioned by Mobile States and produced by Performing Lines, with the support of the Australian Government through the Australia Council, its arts funding and advisory body.

SmallWaR is produced and presented by SKaGeN, Richard Jordan Productions and Theatre Royal Plymouth in association with STUK and de Singel; funded by Flemish government and the city of Antwerp

Piece for Person and Ghetto Blaster Piece for Person and Ghetto Blaster was commissioned by Mobile States, produced by Performing Lines, with the support of the Australian Government through the Australia Council, its arts funding and advisory body, the Victorian Government through Creative Victoria, and the Besen Family Foundation. Also supported through Punctum Inc. Seedpod program and the City of Melbourne through Arts House’s CultureLAB.

The development and presentation of 심청 <Shimchong>: Daughter Overboard! has been supported through funding from the Australia Council for the Arts, Korean Arts Management Service, Arts Queensland and through HotHouse Theatre’s Month In The Country residency program.

Hanuman Spaceman by The Cambodian Space Project Hanuman Spaceman is assisted by the Australian Government through the Australia Council, its arts funding and advisory body, and developed with the support of Khmer Cultural Development Institute in Kampot, Cambodia; Khmer Community of NSW Inc; Casula Powerhouse Arts Centre; and Arts Centre Melbourne.

The Lepidopters - A Space Opera

The Lepidopters at WTF 2016 is supported by the Australian Government through the Australia-Indonesia Institute of the Department of Foreign Affairs and Trade. 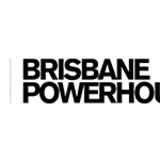 WTF16: A Festival of Contemporary Performance

WTF16: A Festival of Contemporary Performance