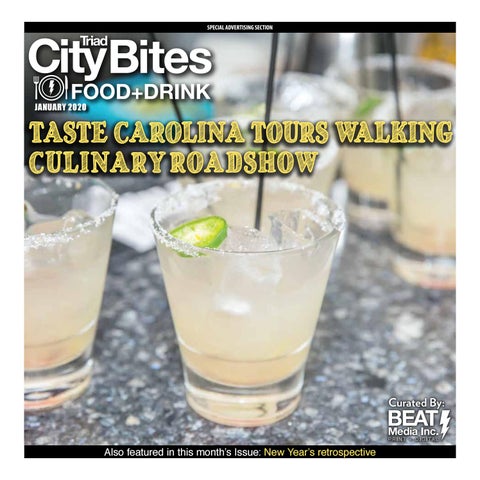 Self-guided culinary tours — progressive dinners, roving cocktail parties, bar crawls — can be a fun way to dine out, but a self-guided tour doesn’t dig into the soul, the passions of the people behind each venue. What’s the story behind the chefs and mixologists and hospitality professionals who are the heartbeat of our cities’ restaurants? Introducing guests to the people who feed locals, tourists and everyone in between is what fuels Taste Carolina Gourmet Food Tours. The soul of a city can be found in the roots of its stories… how these ideas came to be and what makes each place one of a kind. What began as a 2009 start-up out of Taste Carolina founder’s Lesley Stracks-Mullem’s home in Durham is now a nine-city company with more than 20 employees, and room to grow. “The food tastes better when we know the background and the story of each chef and each restaurant,” says Stracks-Mullem. “A lot of chefs don’t get to come out of the kitchen very often, but they’re able to connect to guests and customers this way. I’m also a sucker for digging into city history.” The first Taste Carolina Gourmet Food Tours began in Chapel Hill and Durham. Due to an influx of calls about Raleigh, Stracks-Mullem

soon added the City of Oaks and t ough, Greensboro and Winston-Sa Wilmington, Charlotte and Asheviil Sample your way through five or locally-sourced ingredients are use and regional specialties. Chat up c city history, music, art and architec Saturday Downtown Greensboro and West End tours are an ideal w and learn about the Triad’s thriving During the week, plan a private or team-building adventure or an end Neapolitan pizza with locally sou namic wine. Hand-rolled cannellon and local honey crostini with roast 18 cheesecake flavors. Shrimp & g tomato pie paired with wine. Savor Stuffed grape leaves and hibiscus and savory tastings on the tours. It’s fun to experience these cities

two years later expanded to Hillsboralem. Tours have since launched in le. r six downtown restaurants, where ed to create contemporary Southern chefs and owners, and hear about cture along the way. o and Winston-Salem Arts District way to try a variety of food and drink g business and arts communities. corporate tour with co-workers for a d-of-quarter incentive. urced toppings paired with a biodyni and a spicy cocktail. Goat cheese ted red pepper soup. A choice of grits, bacon-wrapped meatloaf and ry bread pudding and a macaron. s tea.... Just a few examples of sweet

s as both a local and as a visitor.

Erin Greene, a transplant from Asheville, was unsure if her move to the Camel City was a good decision. Her husband purchased tickets to a Winston-Salem tour as an anniversary gift in hopes of getting to know their own hometown. “I was by no means a local so it helped me learn the ‘cool’ spots which I might not have found or gotten to try right away on my own,” Greene says. “Going on that tour really saved me, it showed me there are cool areas and people and delicious places to eat that are local and interesting. All hope was not lost.” Stracks-Mullem has the opportunity to see each city as a local, a visitor and a business owner. “I remember visiting Greensboro and Winston-Salem and thinking, These cities are so cool and edgy,” she says. “There are all of these interesting restaurants opening. When I look up at the tall buildings and skyscrapers, I want to know the stories behind the buildings. And the restaurants around them are almost 100% independently owned, and they’re delicious.” The history of each city goes farther than just their geographical information and statistics. The heart and soul of the Triad lies within Taste Carolina Gourmet Food Tours.

here was a chill in the air, drivers, and the like. They made it worth it as we but I was prepared for it. I stood to watch “Chandler” get arrested for trying had learned early on that to punch security when they wouldn’t let him in at standing on a sidewalk on the bar across the street. a December night was no fun This being New Year’s Eve, it was different. Still if you couldn’t feel your fingers the same shitshow, but everyone was dressed up, or toes. Even with a grill in the remnants of Christmas still upon them, and front of you. It was bound to people who don’t usually come out, and those who by James Douglas worsen in the coming months, do, relished in the idea of the final blowout before but tonight was okay. I’d arrived around 8:30 the slow winter months came upon them. An end, a p.m., and with everything prepped and stocked in new beginning, followed the next week by the old coolers, I roll the large metal structure out of the David Byrne adage: “Same as it ever was.” alleyway, up the parking lot, and set up shop in full But I was witness to something rare, only seen on view of the four bars that, at that time, comprised New Year’s Eve at the hot-dog stand. Most people all of Trade Street nightlife. Around 9:30 was prime were moving around, going from bar to bar, smoktime for opening, and I wouldn’t be done until after ing outside, back and forth. I saw crews making 3 a.m. Those hot dogs sell themselves, with me as their way to a new location. Music echoed up the the intermediary. street. People stopped, placed orders and moved Awhile back, a friend and I had bought a hot dog on. The night was going well. cart, due the dearth of late-night food in Downtown Until 11:57 p.m. Winston at that time. I had recently left a job as a The sidewalks emptied, doors closed and a GM at another local spot and I had absolutely no strange rapture-like feel enveloped the streets. It idea what direction to take. I worked events, private was quiet for a moment. It was so quiet that I heard parties and the streets of Winston-Salem the gas hiss through my burners. on the busy bar nights. It wasn’t terribly And then the countdown started. difficult to get legal, but at the time, oner- Still the same From all four bars around me I heard ous city regulations were in place to disshitshow, but the simultaneous, “TEN, NINE, EIGHT,” suade any Johnny-come-lately from just begin its inevitable march towards 2016. everyone popping up anywhere they pleased. Red I took a breath and looked around, got was dressed introspective and wondered if I was where tape aside, it was worth it. I stood on the streets with hand warmI should be in life. The countdown finup. ers, wool socks and my face covered up ished, and the bars erupted in cheers. I to the eyes with a scarf, like a strange, looked through the window at the crowd out-of-time nomad observing modern society. hugging, throwing their hands up in joy, shaking I was the owner, manager, cook, server and dishhands with strangers like a church social, even the washer all in one. How do you carry yourself when bartenders were taking a beat to celebrate the new the only person answerable to is yourself? There’s year. a definite stigma attached to working the streets, Slowly, the night resumed. Cars emerged, peoespecially from drunk college kids and “young ple started to wander outside again, moving on, professionals” who probably work at their fathers’ perhaps going home, perhaps another bar. Orders firms. Some people looked right through me as were made. they ordered extra jalapeños for their brats. They By the end of the night, taxis were lined up, womnever saw me. en carrying their heels as they ran to the next place I got used to the subtle insults towards my life before last call; someone was sitting on the curb choices. One guy standing in line was talking to his scarfing down a hot dog sobbing between bites. companion about Eagle Scouts as I prepared his Just another night. chili-cheese dog. When the last taxi had left, and the door guys “Did you know that Eagle Scouts get a free colwere sweeping up the tinsel and those glasses that lege education?” are shaped like the recently-ushered-in-year were I hopped in, “That’s got to be BS, I wish I had in piles by the door, I finished orders for the bar known that when I received mine.” employees and started breaking it down. We said He paused a beat, “Yeah, maybe you wouldn’t be our goodbyes and well wishes, and I rolled the cart selling hot dogs.” into the back alley and threw a tarp on it, ready for Little digs like that were okay, I had a steady the week ahead. business from regulars, door guys, bartenders, taxi Happy New Year.

The Tasting Room, with two locations in Greensboro and Winston Salem, is perfect for girls’ nights, date nights, social gatherings and work meetings! The staff is extremely knowledgeable and love to introduce people to new varietals with an unintimidating approach. They showcase small, quality production, unique wines from all over the world with a diverse retail wine selection. The Tasting Room staff takes the guessing out of your wine shopping — like having a personal wine shopper. Love wine or new to wine, the Barrel Club membership offers a huge value that includes tastings, discounts and two bottles of wine per month — a great way to shop local for your holiday wine needs! Custom selections for your holiday gatherings, gift bottles for the collector in your life too. Special ordering available. 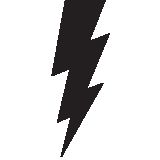