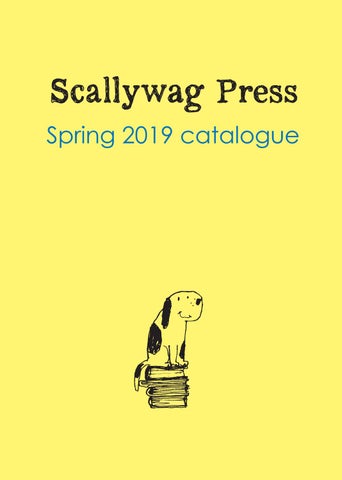 Meet Hattie the Magician – she may be little but she is a born performer! Hattie conjures an amazing succession of animals out of her hat, and for a grand finale produces a wonderful habitat where they can all live! Bold, humorous artwork will delight toddlers and adults alike, as everyone wants to guess who will come out of the hat next. PUBLICATION February 2019

Praise for previous books: ‘The bold, bright, beautiful style of Satoshi Kitamura stands out like a beacon.’ (T.E.S.) ‘There could be no better way to start than with Kitamura’s wonderful illustrations’. OBSERVER

Currently living in Japan, Satoshi Kitamura has created over 20 of his own picture books and illustrated many others. Winners of the Mother Goose Award, the Silver Award for the Smarties Prize, and the National Art Library Illustrations Award, his books have been translated into more than 20 languages.

The Wall in the Middle of the Book by Jon Agee

A little knight is very happy that his wall protects him from the dangers that are sure to lurk on the other side. However, he is too busy mending a hole in his wall to notice the mounting dangers on his own side. Readers will love the wealth of funny details and secondary visual storylines to notice as they read the book a second, third, and tenth time. Endorsed by Amnesty International as a book that ‘celebrates freedom of movement and thought’.

Jon Agee went to college at The Cooper Union School of Art in New York City, where he studied painting and film-making. Now a full-time author, he lives in San Francisco with his wife, Audrey. Jon’s many acclaimed books for children have won major prizes amongst which the Boston Globe-Horn Book Honor, New York Times Ten Best Illustrated Books and Horn Book Fanfare.

I saw a Bee by Rob Ramsden

A little boy is surprised when he discovers a bee. At first he is frightened and reacts aggressively, but soon he comes to understand and love his new friend. Stylish and modern illustrations are accompanied by a simple and rhythmic text which is perfect to learn by heart and recite as a poem. First in a series encouraging young children to enjoy and appreciate the natural world. PUBLICATION April 2019 978-1-912650-03-3 240 x 240mm. HB 32 pages plus ends £11.99 Distribution: world Rights sold: French

‘At a time when insects are in steep decline, ensuring that the next generation has a positive attitude to the natural world is imperative. Here is a book that will initiate that mind set. Parents, grandparents and children will all enjoy reading or listening to this over and over again.” ANTENNA, ROYAL ENTOMOLOGICAL SOCIETY

Me and My Sister by Rose Robbins

This appealing brother and sister duo spend a lot of their day together, eating meals, going to school and playing. But life with an autistic sibling is not always easy. Told from the point of view of the brother, this is a child’s eye view of what it is like to be the responsible sibling, and at the same time a celebration of the highs and lows of having a much loved but differently abled brother or sister. PUBLICATION April 2019

‘Delightful picture book! Young siblings who are growing up with a brother or sister with autism will readily identify with the sibling experiences depicted.’ MONICA MCCAFFREY, founder of SIBS (a UK charity for brothers and sisters of disabled children and adults) ‘I give this book 5 stars. It will be a useful tool in the hands of parents, teachers and counsellors to introduce the concept of neurodiversity, acceptance and difference when working with young children.’ GEORGIA PAVLOPOULOU, Research Fellow, University College London

Rose Robbins is based in Nottingham, UK. She was awarded ‘Best New Blood’ at the D&AD graduate fair in 2012, was runner up in the Carmelite Prize in 2017, and she was selected for the Cheltenham awards for illustration in 2017. Rose’s brother is autistic and she teaches autistic young people.

Clara has gone to the park, but there’s nobody to play with. She finds an umbrella on the ground and does a good deed by putting it on a bench. The umbrella says ‘thank you’ and invites Clara to make a wish. So unfolds a magical chain of events where kindness and forgiveness go hand-in-hand. Every child will love the idea of finding a magical umbrella in the park, and readers will want to choose what sort of wish they would make if they were Clara.

Elena Arevalo Melville grew up in tropical Guatemala, and now lives in Cambridge with her partner and children. She leads workshops and art clubs for children and adults, and her published work includes a series of Fantastical Maps for Cambridge Curiosity and Imagination, and contributions to comic anthologies.

The Happy Lion by Louise Fatio and Roger Duvoisin

The lion at the little French zoo is a favourite of all the townspeople. Every day they stop by to feed him tidbits and say, ‘Bonjour, Happy Lion.’ Naturally, when the lion finds his door open, he decides it would only be proper to visit all his friendly neighbours in return. But, wait—sacré bleu! Why is everyone fleeing in terror? More than 50 years after its first publication, this classic picture book dealing with received fear is still a firm favourite with a modern audience. PUBLICATION June 2019

Roger Duvoisin was born in Geneva in 1900. He studied at the École National Supérieure des Arts Décoratifs in Paris, going on to design scenery, make textiles, paint murals and illustrate over 100 books. Duvoisin moved to America and in 1947 won the Caldecott Medal for White Snow, Bright Snow by Alvin Tresselt.

DISTRIBUTED IN AUSTRALIA BY 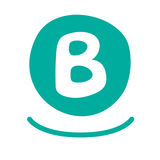 Scallywag Press was founded in 2018 with the purpose of bringing entertaining and memorable books to a worldwide audience. They love distin...

Scallywag Press was founded in 2018 with the purpose of bringing entertaining and memorable books to a worldwide audience. They love distin...