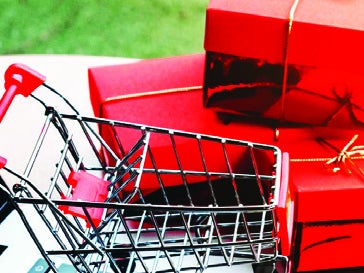 by Nicky Roland This issue I thought I’d chat with a fellow ex-pat, producer and friend of mine, LUCKYKAT. Whilst LUCKYKAT may be fairly new to the professional music scene, don’t let that fool you, he has a finger on the pulse of the underground, a trunk load of talent, and a great head for business - giving him a big leg-up in a crowded field. Lucky isn’t your average kat, as you’ll see, Lucky is far from ordinary. Which makes sense…After all, he’s a lucky kat.

Hello LUCKYKAT! Before we go any further I have to ask about the name and how it came about.

I taught English in Japan for 6 months and while I was there I noticed that most stores had these little gold cats by their entrance. I was told they were lucky cats & they brought great fortune to the business owners. I wanted the idea of the lucky cat to be contemporized & become part of western culture through music. A gold claw and helmet will be part of the LUCKYKAT costume. The live experience will bring fortune to my fans using some crazy ideas I want to realize.

You’re originally for the UK. What brought you to the USA?

I was drawn to the idea of the American Dream and being able to become anything you wanted. I also knew that there would be no language or massive cultural barriers. My wife is also from the US. I feel that because the US is such a young nation, there are so many things that can be done to improve this great nation.

In addition to producing music, you’ve been a successful tech entrepreneur, how did you get to where you are now?

The 1st chapter was landing in Austin, Texas in 2012. I ran a successful crowdfunding campaign and launched my 1st company called Uberpong. It was an e-commerce site that created custom ping-pong paddles and the highlight over the 5 years running was directing a celebrity pingpong tournament for the LA Dodgers with Jimmy Kimmel as our host! I then sold the company and wrote a book about it called Blow It Up: 21 Ways Your Startup Can Shake Up An Industry and Change the World.

When did you get the music bug, and how did it happen?

The bug first bit me when I was about 7 years old. My Dad who is a professional pianist sat me down and played me The White Album by The Beatles. I will never forget this moment and was drawn to his vinyls over & over, studying through listening. I was in bands as a teenager and then got a sound recording diploma from The School of Sound Recording in Manchester, England. I was then in a band in Austin, Texas where I was singer/songwriter for the first time and we recorded several demos. Although a lot of my early music inspiration had come from my friend’s rave collection, it was only last year that I learned about DAWs and how you could make electronic music with them. When I got COVID, it hit me hard and I thought I was going to die, because I have asthma, and I couldn’t breathe. As part of the year recovery period, I was in the house a lot so I taught myself how to program music and it clicked fast. I then started doing 16 hour days, learning Ableton (a computer software for making music) and producing my 1st song(s) which led to my 1st release(s).

Who were some of your biggest early influences and how do they affect your music now?

Hybrid Soundsystem, they inspired my use of classical instruments in electronic music.

Amon Tobin, he inspired me to never have boundaries as far as genres that can influence you. Jazz, hip-hop, glitch...whatever sounds good.

Jean-Michel Jarre, for the idea that electronic music is the future & you need to be a pioneer of new sounds.

Underworld, for creating euphoric, melody fueled anthems that bring massive crowds together as one.

The Chemical Brothers, for letting you be experimental within all the sub genres of electronic music & for creating mind blowing visuals that enhance the music.

This is a difficult one because I think we are in a lull which has personally inspired me to make electronic music. I feel I can fill a big hole that is here at the moment.

deadmau5 is my go-to not just for making me bounce but for creating music that inspires whether light or dark. A big part of my musical education is simply from critically listening to his compositions. Gesaffelstein for his music and being the first artist to use vantablack, the blackest black which has no reflective property. I am getting a lot of inspiration from Hayao Miyazaki soundtracks, CryoChamber dark ambient soundscapes & George Gershwin.

If you could do a collaboration with any living artist, who would it be?

Sir Paul McCartney or Noel Gallagher. It would be a coin toss!

Do you have any upcoming releases, appearances or collaborations in the pipeline that you’re free to talk about?

I just launched my 1st EP called DIA DE LOS MEOWTOS. It has 4 tracks: Vampire Police, Bump In The Night, Chainsaw, Phantom Noises. I have a big remix I am working on for a recent favorite producer (under wraps at the moment, sorry!). I am playing my 1st show in Phoenix, Arizona on November 8th as part of Global Entrepreneurship Week. I am planning to start live streaming my programming sessions & DJ sets from my own studio very soon. I also just launched my own label & music production company called KATNAP.

What are some of the things that drive you and get you out of bed in the mornings?

The fact that the overarching EDM genre needs shaking up. After the tragic recent events that occurred at a festival where an artist completely ignored their fans who were in desperate need in the crowd, I am compelled to get to that level and give fans a safer experience where they feel part of the show and closer to the artist on stage.

If you could change one thing about the world, what would it be?

that would be a big one. I think Universal Basic Income (UBI) is a huge part of this.

Finally, any shout-outs, big-ups, charity plugs or advice on other artists that we should look out for?

Big thank you to my wife & kids for putting up with the hours of music everyday in the house! Keep your eyes on KATNAP for exciting up & coming electronic music producers.

And big thanks to LUCKYKAT for that awesome interview. Keep an eye out for up-and-coming releases and performance dates. In the meantime, be sure to check LUCKYKAT out on your favorite music streaming or download service.

You’ll be glad you did.

Meanwhile… Closer to home Dawna Montell and Georgie Porgie are back with another MASSIVE TUNE!!!

If you loved their 1st collaboration ‘Love Somebody,’ you’ll will be elated with their new track ‘Loving You’ This superstar duo has delivered another peak hour Jackin House anthem!!! Even Dionne is going to be HAPPY!!! You will absolutely love this track!

Also, coming up, an exclusive, vinyl only 12” (name still under wraps) release from Berlin based DJ and Producer Erta Ale. Erta as some of you will know has been featured on release from DJ International, Exploited, Twirl, and many more. This latest release will be on his own label, Solenoid Records. If you’re a DJ, or just a vinyl addict, this will be a must have for your record box.

Nicky Roland is a house music producer originally from the UK, now based in Denver, CO. Find me on Spotify and on Twitter @nickyrolandmusic. boiMAG.com 17