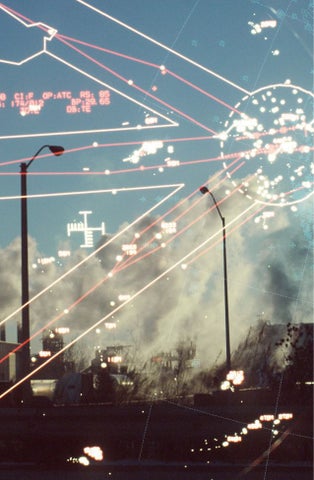 Grateful thanks to the editors of the following publications in which the following poems first appeared: Inch: “I’m my own…” Strange Machine: “On the way I thought…,” “When I picked you…” and “I left my jacket…” “I drink full…,” “When we find out…,” “Your car is a black…,” “I want the things I face…,” “How do we live…,” “The tarmac looks…” and “The restroom is quiet…” are featured in The Unwin-Dunraven Quarterly, Issue 2

Airport As I circled in to your terminal a snake bit my ankle and I had to press on the Reliantâ&amp;#x20AC;&amp;#x2122;s brake so hard I almost threw you into the sky

Airport I left my jacket on a plane

Airport At the TGI Fridayâ&amp;#x20AC;&amp;#x2122;s we got an exuberant waiter who brought our fried green beans with extreme speed It made us feel like we were flying

Airport The departure times should be sharper, more in focus Iâ&amp;#x20AC;&amp;#x2122;m not going anywhere I can get back from The gates are hard like an alphabet Buy me some sesame stix and a sweating water I thought for a second I saw someone I knew but it was deja vu

Airport I know your bag is big and things like papers and sweaty waters are falling from it but could you move it aside so I can sit and wait at this dumpy gate?

Airport How do we live much less breathe in this place of potential disaster? I donâ&amp;#x20AC;&amp;#x2122;t mean burning clouds but the people on the ground ready to forget us before we come down

Airport The tarmac looks back at me: You think you can die in my shade?

Airport Every voice announcing flights has to say the same thing twice: Get on board Fight for your life

Airport Two people struggled at the baggage claim Donâ&amp;#x20AC;&amp;#x2122;t touch my stuff a jerky guy said to a short lady opening his non-descript bag She took a long time backing off and I really wanted to high five her

Airport Your car is a black whale come to eat me. I stand still and hope it happens quickly

The textblocks were set in Perpetua, designed by Eric Gill in 1929. The titles are set in Frutiger, the ubiquitous airport signage typeface commissioned by the Charles De Gaulle International Airport in 1968, designed by Adrian Frutiger.

A chapbook by Emily Kendal Frey. 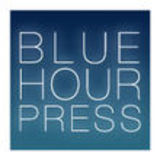