चांदोबा : A Trip Into The Moon 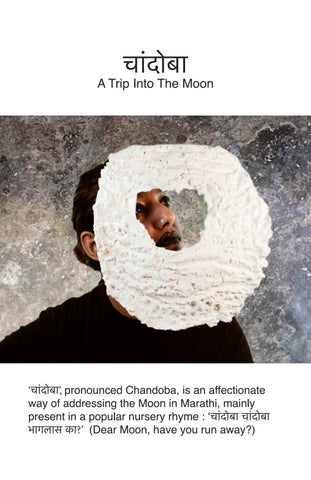 A Trip Into The Moon

‘चांदोबा’, pronounced Chandoba, is an affectionate way of addressing the Moon in Marathi, mainly present in a popular nursery rhyme : ‘चांदोबा चांदोबा भागलास का?’ (Dear Moon, have you run away?)

(Dear Moon, Dear Moon, have u run away?) (Are you hiding behind the neem tree/lemon tree?) (The neem tree has a bitter taste/the lime tree has bitter lemons) (But my uncle’s vaada (traditional house with an open area at its center) is strong made of stonework) (Come here, visit my uncle’s vaada) (Help yourself with some ghee-roti) (Oup there goes a fly into the pot of ghee) (Alas, the moon remains hungry)

Part 1: The Moon reflects light, is a symbol of routine, of being grounded and somebody I can depend on eternally. During the militarisation of Minneapolis in 2020 I was still a foreigner, alone with no access to home, family, friends, bodily warmth, where the only real thing was the sound of my breath in the silence of Winter and lockdowns. In this time Chandoba would grace me with its mesmerising presence, every night, through the trees and across the sky, a grounding force during times of isolation. Tomorrow was uncertain, but Chandoba will come, even at times veiled behind the clouds, albeit its certain absence once a month. But even that, is certain.

Part 2: (to be shown Fall 2022) One sleepless night in the depths of time (2am-ish) while I was in bed admiring the Moon, my vision was interrupted by the appreance of a flashlight. It was a drone/ a different aerial body surveiling the area during that time of civil unrest in 2020. A violent rupture in my dream-like-fictional state of mind, a grosse realisation that the night can turn darker even with the Moon in the sky. This rupture altered my relationship to the Moon in such a way that showed me the dark side of the Moon, or maybe of myself?

Moving image collage glossary: 1. Sindhudurg Fort in Maharashtra (west coast of India) is an expansive watchtower built by King Shivaji, a crucial, revered and ambitious Emperor of the Maratha Empire, off the shore of Sindhudurga, in the Arabian Sea. Growing up in a Marathi household, it was routine to listen to legends of Chatrapati Shivaji Maharaj (King of Kings, Emperor Shivaji), of his bravery, governance and strategies of conquests and battles. With time, this once King is today a “god-like” political figure in contemporary Maharashtrian politics. However I hold on to the stories of this King who my younger self knew as a resilient, tactful human being. 2. Shantadurga Temple in Kavle (central Goa- India) is an approx. 450 years old shrine for the goddess Shree Shantadurga. A form of Adimaya Durga, Shantadurga is said to have reconciled Lord Shiva and Lord Vishnu who were in the midst of a fierce war with each other. This trait of the Goddess is called Shantadurga. You can read more about this story and about the temple on its official website : https://shreeshantadurga.com/about/

3. Moon inspired by George Mélies’s ‘Un Voyage Dans La Lune’. Méliès introduces us to fiction my personifying the Moon in 1902, way before the first person set foot on the Moon. Created as a sci-fi film or as a tickle to our imagination, this film represents for me the aspiration Méliès projects onto a celestial body. Here I personify the Moon with myself to seek routine, a friend in isolation and a sense of groundedness. 4. ‘चांदोबा चांदोबा भागलास का’ (pr. Chandoba Chandoba Bhaglas Ka- tr. Dear Moon, Have You Run Away?) This is only one version of this nursery rhyme, there are multiple, just the way each of us has an idiosyncratic/personal relationship to the Moon. Other versions also show some variation in meaning. One reason being that Marathi is a linguistically nuanced regional language where people ascribe different meanings based on their geography and surroundings. For example: ‘Nimbonicha Zhaad’ is translated to lime tree or neem tree or lemon tree or just tree, yet both have the same symbolic terminology. Feeling a lack of ways to translate my complex emotions through linguistics, I use the visual language to create the feeling of ‘चांदोबा’ in Méliès, Shantadurga in my witch cloak, Sindhudurga and the Arabian Sea on Snow and ultimately, me here and in you.

2. Arabian Sea : Overlapping projection of inland water ripples of the Arabian Sea filmed in waters surrounding the Sindhudurga Fort in Maharashtrawest coast of India. Sindhudurga Fort is an expansive watchtower built by King Shivaji, a crucial, revered and ambitious Emperor of the Maratha Empire.

1. A Personification of the Moon : (Work In Progress) Moving Image Collage + Animation - Footage from the Arabian Sea, tree outside Second Shift, reflection of sunlight through materials, imagery from Shantadurga temple (Goa), footage of Minnesota winter, film of myself in a witch cloak

चांदोबा A Trip Into The Moon

Indicates recommended seating on the platform or on the floor

चांदोबा : A Trip Into The Moon

Supporting zine for the immersive installation titled 'चांदोबा : A Trip Into The Moon' : by Roshan Ganu Watch a brief video of the installation here: https://youtu.be/3ClcMvzi354 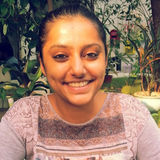