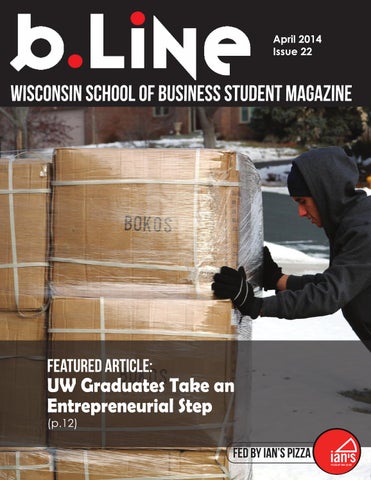 If you are interested in joining O4B, feel free to contact Cooper Boland, Ben Steinert or Nick Maupin!

Charles Darwin’s father told him he would amount to nothing and would be a disgrace to himself and his family.

A newspaper editor fired Walt Disney because he “lacked imagination and had no original ideas.”

Before J.K. Rowling became one of the richest women in the world, she struggled with severe depression, poverty, divorce, and the struggles of raising a child on her own while attending school and writing a novel.

Jerry Rice never made it to a Division I school to play college football. He later became the NFL’s (National Football League’s) career leader in several receiving categories.

Isaac Newton did poorly in grade school and was considered “unpromising.”

Abraham Lincoln was born into poverty, failed in business twice, lost eight elections, lost his sweetheart, and then suffered a nervous breakdown.

When Jim Carrey was 15, he had to drop out of school to support his family. His family went from lower middle class to poor and lived in a van for a while.

In the first year of Marilyn Monroe’s contract, she was dropped by her producers because they thought she was unattractive and couldn’t act.

Elvis Presley was fired after his first performance at the Grand Ole Opry and told by the manager, “You ain’t going nowhere son, you oughta go back to driving a truck.”

Beethoven’s music teacher told him that he was a hopeless composer.

Glenn Cunningham suffered such severe burns when he was 5 years old that doctors told him he would never walk again. In 1934, he set the world record for the mile.

Explore. You may have some time to explore industries, occupations, and your own skills. As a business student, you have access to Vault, which includes dozens of career & industry guides. Read one new Vault Guide to learn about an industry that looks interesting. Take an assessment and learn how you can leverage your personality type in any work situation. These and more are found on your BuckyNet home screen.

Get advice. If you’re still in Madison, your Career Advisors will be around. Schedule an appointment to set up a game plan for your remaining time at UW. If you’re away, we’d be happy to conduct a Skype appointment. Most internship and full-time recruiting happens in fall and starts right away in September, so it’s important to prepare in advance. We can help.

Polish your résumé. Take advantage of your internship and gain a few new skills to beef up your résumé. Better yet, take on a project that will have a specific result you can speak to. Employers look for individual contributions and want to know what value you bring to the table. Thinking about results from your work will set you apart. Don’t have an internship? That’s ok: Focus on skills transferable to all industries at any parttime job, like communication, teamwork, and leadership. You can always spend time volunteering, freelancing, or learning a new computer program to add even more. Remember that your résumé is a living document and should be constantly updated.

Expand your reach. Most jobs filled are never advertised, which means that personal referrals are powerful. Conduct informational interviews, set up a job shadow, or sign up for an office visit to engage with companies and professionals. Badgers love helping Badgers, so it’s easy to find alums willing and excited to help. Use the Wisconsin Business Alumni network at www.linkedin.com/alumni to start. Not only will your network grow, these new connections are potentially great future references.

Clean up your online image. Summer is a great time to scrub your social media accounts of any photos or videos you’d rather an employer not see. Trust us: Employers do look at these accounts and employment offers have been rescinded after a check. Even worse, former students have been terminated due to past mistakes uncovered on Facebook and Twitter. So Google yourself and remember that you’re a professional now, so your online accounts should reflect that.

Finding extra time on your hands? Make academic progress and take a class during summer term! See the Summer Session (summer.wisc.edu) page to learn more about how summer courses work at UW-Madison; pay close attention to the credit load section. Courses are offered during three-week to eight-week sessions either in person or in an online format. Taking a summer course can help you stay on track to graduate on time, or can simply relieve you of some stress come fall semester by being able to take one less course.

Donâ&#x20AC;&#x2122;t pitch those spring textbooks yet. If youâ&#x20AC;&#x2122;re taking a course in the fall that builds off of material from a previous course, spend a little bit of time (no more than a few hours) reviewing the course material in August to start off on the best possible foot in the higher level course. These textbooks also may be useful in the fall to reference when reviewing basic concepts. And you never know, if you have the same professor, you may even be able to use the same textbook and save some money!

Sharpen the saw. Even if youâ&#x20AC;&#x2122;re not taking courses during summer term, you can (and should!) still use your noggin this summer. From stocks to baseball stats, back to school retail discounts to social media advertising, business processes and practices are all around you. Use your summer position or even your summer hobbies to notice and absorb the business lessons in your everyday life. Bring these examples to your fall courses and set yourself apart from other classmates.

Enjoy your time off and have some fun! In just a few weeks, you will have successfully completed another semester of hard work. Even though you will most likely be working this summer, try to find some time to relax and rejuvenate. You have earned it! Spend time with friends and family, take a weekend trip, or come back to Madison to enjoy everything this incredible campus has to offer. Enjoy your time off because fall term will be upon you before you know it!

Questions/concerns? Contact your prebusiness, academic, or career advisor in the BBA Advising Center (3150 Grainger Hall; 608-262-0471). Advisors are available during the summer via email, phone, Skype, Google Hangout or in person! You can always meet with your advisors once you return in the fall too, either via drop-in advising or by setting up an appointment on BuckyNet. Your advisors are always willing to help and want to ensure your success!

Average Salary: $62,000 Average Rent: $1,580 Seattle is also a hilly city, fixed between seven hills. Like Madison, Seattle is an isthmus, creating numerous outdoor activities including kayaking, hiking, and biking. In addition to its outdoorsy culture, Seattle also has noteworthy music influence, and houses the origin of grunge music, home to artists such as Pearl Jam and Nirvana. Seattle’s economy is an interesting mix of industrial businesses and major corporations dominating the landscape. The Port of Seattle is a major trading post between the U.S. and many Asian countries. In terms of corporate presence, Starbucks, Nordstrom, and Amazon.com are all Fortune 500 companies headquartered in Seattle.

Average Salary: $52,000 Average Rent: $1,600 Minneapolis is known as the “Land of Lakes” and has one of the best park systems equipped with miles of bike trails throughout the chain of lakes. In addition to the beautiful scenery among the numerous lakes, it is second to Chicago as the largest economic center in the Midwest. The city is home to several prominent Fortune 500 companies including Target, Ameriprise Financial, Xcel Energy, General Mills, 3M, and U.S. Bancorp. Minneapolis is also second to New York in the amount of live theater seats per capita, making it a center for art and culture.

Average Salary: $79,000 Average Rent: $4,000 Climbing Bascom Hill is good practice for navigating this hilly city. San Francisco is a dominant financial center, known as the “Wall Street of the West.” The city’s economy is also largely in tourism, with attractions such as the Golden Gate Bridge, cable cars, and Alcatraz. San Francisco, like Madison, is also rich in culture and arts with a thriving and eclectic music scene. San Francisco is also known for being an epicenter for liberal activism and the gay rights movement.

Average Salary: $63,000 Average Rent: $950 Known as the “Queen City”, Charlotte is second to New York as the largest financial center in terms of assets, housing headquarters of Bank of America and Wells Fargo. Charlotte’s city center “Uptown” houses many Fortune 500 headquarters and is the hub of countless restaurants, bars, and a vivacious nightlife. Charlotte is also a leader in energy conservation, with many major companies involved in efficient energy initiatives. Charlotte’s southeastern climate has beautiful weather year round, and has the added benefit of a low cost of living. 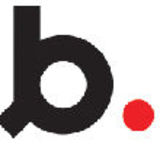