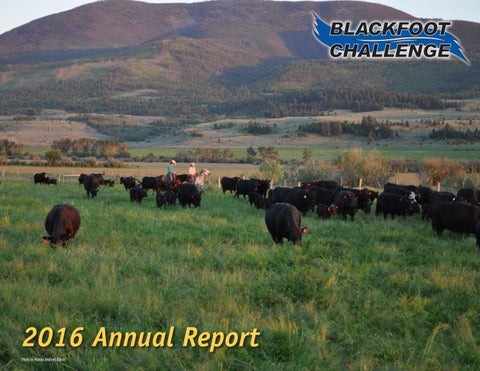 Message from the Chairman

n the heels of one of the worst drought years we’ve had in the Blackfoot, I’m thankful to see the snowpack holding up high. While this year might give us a breather, 10 years of drought out of the last 17 sends us a message we cannot ignore. But as the challenges that face us evolve, so do the opportunities to respond. To better prepare for changing conditions, we are working with our partners across the watershed to adopt a more holistic approach to resilience. Through a new program focused on soil health, we are building long-term drought resilience while enhancing crop production, reducing weeds, and improving the overall health of the landscape. Through a proactive approach to reducing conflicts with bears, we’ve been able to minimize conflicts with wolves as well, and have built the relationships necessary to address long-term challenges like elk grazing on private lands. The complexity of these issues also reminds us how much we rely on one another. As we adapt to changing conditions here in the Blackfoot, we recognize that we are part of a much larger landscape. Our neighbors face the same challenges we do, whether they relate to balancing water needs during drought, reducing conflicts with grizzly bears or keeping our communities thriving as economies change. We’re all in this together and I truly believe relationships are the most powerful tool in the conservation toolbox. I am very proud of what we’ve built together here in the Blackfoot, and I know that together we can achieve even more. My gratitude goes out to each of you for your continued support and partnership.

−− 5,475 acres on ClearwaterBlackfoot Project sold to the Bureau of Land Management in November

Restoring Trumpeter Swans to their native habitat on Blackfoot wetlands since 2004. −− At least 8 Trumpeter Swan pairs nesting in the watershed in 2016 −− 24 cygnets hatched and 18 fledged, the most since the program began −− Over 200 people participated in annual swan release, including 170 students

Sharing the community-based and partnership-centered approach with others. −− Reached nearly 5,000 individuals through workshops, tours and presentations in the watershed and at regional and national events −− Co-hosted Resource Stewardship Fair at the Sculpture Park in Lincoln −− Over 100 members attended Annual Meeting at Paws Up in December −− Initiated internship program for college and graduate students −− Initiated “The Blackfoot Steward” resource stewardship newsletter Photo by Sara Schmidt

Nurturing watershed awareness and stewardship through place-based education. −− Over 150 students learned about ranching in the Blackfoot at Youth Field Day −− Students from five schools collected local stream and forest data

The Board of Directors approves an annual operating budget funded from secured private donations, public awards and agreements, and allocations from investments. Oversight is provided by the Finance and Endowment Committees. STATEMENT OF FINANCIAL POSITION (Dec 31, 2016) UNRESTRICTED NET ASSETS UNRESTRICTED 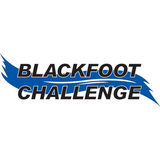 Join us in reviewing another year of community-based outcomes for the land, wildlife and people of the Blackfoot Watershed.

Join us in reviewing another year of community-based outcomes for the land, wildlife and people of the Blackfoot Watershed.