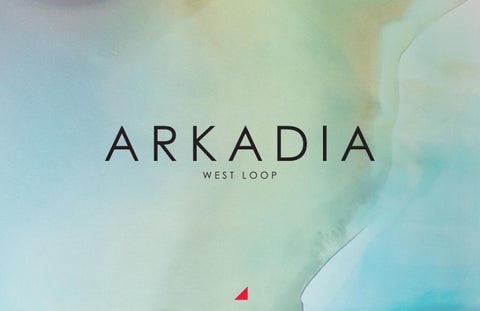 Intro Arkadia West Loop approached BKV Group in 2017 after realizing that their West Loop high-rise needed a bit more flair. The existing Chicago building was completed only 2 years prior, and although it had â&amp;#x20AC;&amp;#x153;great bones,â&amp;#x20AC;? it lacked personality. The common areas were stark and felt almost institutional; we were challenged with the task of making them feel more residential and comfortable. We took the opportunity to turn their blank canvas into a work of art by adding color, pattern, and texture into each space - both interior and exterior - to create a vibrant and lively series of spaces that exudes personality for days.

ARKADIA WEST LOOP The hip West Loop is one of the most desirable areas in the city, and Arkadia sits in a prime location in West Loopâ&amp;#x20AC;&amp;#x2122;s Greektown neighbor hood. A multitude of reputable dining, shopping, and entertainment venues dot the area. The property is within walking distance to the Loop, and also has direct access to the CBD expressways. Access to public transportation is ideal being proximate to Union Station, the Ogilvie Transportation Center, and the Quincy CTA station. There are several schools near Arkadia West Loop Apartments, including Chicago Kent College of Law at Illinois Institute of Technology, Merit School of Music, Saint Patrick School, Frances Xavier warde Catholic School, and the Academy High School for Visual &amp; Per for ming Arts. Mary Bartelme Park and Heritage Green Park are also nearby. The for mer industrial zone is now a vibrant hotspot where people can work, live, and play.

SCHEMATIC DESIGN The great thing about a blank canvas is that the possibilities are endless. Arkadia West Loopâ&amp;#x20AC;&amp;#x2122;s existing amenities served as the per fect foundation and opportunity for our project. For an artist, the Schematic Design phase sets the tone and provides a framework for the rest of the design. The existing program for the amenities was to be reinforced, not necessarily reinvented. We worked closely with management to study how each space was being used; what was working, what wasnâ&amp;#x20AC;&amp;#x2122;t, and what could be improved upon. Through thoughtful space planning and a more vibrant palette, each space started to take shape, with the vision for the project being to add layers through texture, pattern, color, and natural elements.

A computational wind engineering (CWE) study of the Arkadia Tower Roof Deck was per for med to investigate high wind gust events that have inconvenienced pedestrians and caused deck furniture to become airborne. Wind data from the date of an incident involving airborne deck furniture indicate that winds from the southwest through west were likely responsible. These directions suggest that downwash is a key contributing factor to flow over the podium deck. Therefore, we focused on winds from the southwest and west directions in order to evaluate two separate mitigation strategies: windbreaks, as suggested by the design team; and a large canopy to divert downwash that occurs along the west face of the tower. The configuration of windbreaks that was tested in this study had only limited effectiveness, but a large canopy solution was more effective in reducing mean wind speeds during westerly winds, but was ineffective when winds were southwesterly. An effective mitigation strategy may involve a combination of these measures. Wind screens and/or shrubbery on the deck may need to be repositioned from the tested configuration to reduce wind speeds in targeted areas. Regardless of wind mitigation measures, it is recommended that deck furniture and other objects on the podium deck either be affixed to the structure or be heavy enough to avoid becoming airborne.

Trees(spheres) are approximately 12 ft in diameter with canopies starting at about 6 ft above the deck.

DESIGN DEVELOPMENT The next layer builds upon the first; we took our framework and started to embellish. In Design Development we start to build upon our material palette and study each elevation, assigning finishes and fixtures to each sur face. At Arkadia, we considered adding a fireplace and feature stair railing in the lobby space. We studied each possibility through 2D and 3D renderings, and ultimately used our DD document set to be priced by several contractors. This helped the client deter mine their budget and also allowed us to team with a GC early. FF&amp;E selections were finalized during Design Development as well. Our goal was to make the new furniture be inviting, artful, and comfortable.

BEFORE &amp; AFTER Playing off of the lobbyâ&amp;#x20AC;&amp;#x2122;s dramatic scale, vibrant color and bold graphics are contrasted with war m wood tones to create a sophisticated welcome to the property. Greenery is layered throughout the spaces by way of indoor planters and a moss feature wall dances its way up the lobbyâ&amp;#x20AC;&amp;#x2122;s main staircase. Patterns of varying scale are paired throughout to create quirky and visually stimulating spaces for residents to relax, work, and mingle.

BEFORE The common areas were stark and felt almost institutional; the amenities lacked personality.

AFTER We turned their blank canvas into a work of art by adding color, pattern, and texture to each space both inteiror and exterior - to create a vibrant and lively series of spaces that create a renewed and reinvigorated sense of place within the West Loop.

BKV GROUP BKV Group is a holistic design fir m providing a full complement of architecture, interior design, engineering, landscape architecture, and construction administration services. Our core belief is that regardless of project type, design has a profound impact on the community, and our responsibility as a multidisciplinary fir m is to enhance the economic, aesthetic, social, and environmental context of the communities we shape and design. Since 1978, BKV Group has grown from a sole proprietorship into a diverse partnership with 200+ employees sharing knowledge across practice sites in Chicago, Dallas, Minneapolis, and Washington, DC, creating relevant and meaningful design solutions that allow our clientsâ&amp;#x20AC;&amp;#x2122; dreams to become a reality. 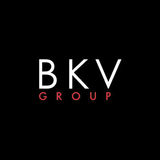