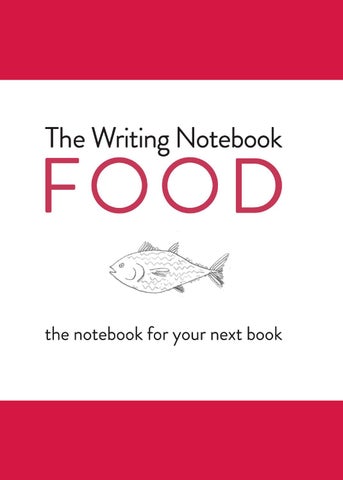 What’s The Writing Notebook? You’re about to embark on a book about food. Maybe it’s a cookbook or a love story, a family memoir, or a research-intensive historical survey of a single ingredient, such as peppercorns or beef or lettuce. Maybe the idea for the book has been simmering for a while, you’ve been collecting recipes for years, or you’ve fallen in love and all you want to do is bake. Something has compelled you to start this writing journey. For now, what matters is writing the book. A book, like any elaborate meal, takes time. Time to get the words onto paper, time to get distracted and come back to the story, time to work out what the story is. You can start with an idea for the book, though by the time you get to the end of the first draft, you’ll probably and hopefully! - discover that your initial plan has changed, you’ve learnt something new about your characters, about the settings, about the narrative, even about yourself. A book is a hungry thing. It’s our job to feed it; to be open and generous and vulnerable. We have our entire lives to offer up: childhood memories, lovers, family members, friends, jobs, bosses, even our own children! Everything is fodder for the book. If you’re reading this, you already have enough material to complete a book. As Flannery O’Connor pointed out, a writer only has to survive their childhood to have sufficient material to last a lifetime. Add to that bank of resources everything you’ve ever read, overheard, listened to, felt, touched, eaten, cooked, baked, and imagined. The challenge will be to stay open so that everything remains available for the book you’re writing, whether it’s a novel, a collection of recipes, a non-fiction study, or a family memoir. Every story is an accumulation of scenes arranged in an order to create suspense, delight and surprise. The Writing Notebook is 3

Write about the different audiences you want your book to appeal to. You’ll keep coming back to this list as you work your way through the book. Yes, it’s a book about food, but it may also appeal, similar to Like Water for Chocolate, to readers interested in Mexican history, or magic realism, or a good love story. Launch yourself into the next few pages with a phrase: “This book is for people who...” If, for example, you’re writing a book with oyster recipes and you want marine biologists to read it, what could you add to the book to appeal to them? As you write, explore how different audiences inspire new themes and recipes for your book. Write about audiences you may not initially have thought about, or ask others to suggest who your book could appeal to. Then, make notes about possible scenes and chapters you could add to your book. Write the book you want to write, but also keep looking for ways to make it a rewarding and surprising adventure for yourself.

Write about the preparation of food. Write this in prose or in recipe form. Donâ&amp;#x20AC;&amp;#x2122;t worry about order or chronology; the important thing is to get as many scenes or recipes onto the page. More will come to you as you write. Begin with something simple, a single ingredient, such as an orange; the first story, scene, memory, recipe or historical record of oranges. Or aubergines, rice, red peppers, chocolate, carp. Write in a way that interests you and that emerges from your own life, even if youâ&amp;#x20AC;&amp;#x2122;re writing fiction. Write scenes or recipes that involve different ways of preparing food: frying, baking, drying, grilling, preserving, barbecuing, steaming, stir-frying, or eating food raw. You could write about different types of food being prepared, or pick a single ingredient and show what happens when your character fries, bakes, preserves, or eats it raw. Especially if you have one main character in the book - even if that character is you - experiment with ways of creating variety and movement. One scene or recipe might be based on a memory, the other on a story passed down, and another inspired by research.

Explore several timeframes that could contain your story. Food is closely linked to time: sell-by dates; the time it takes to prepare a meal; the time it takes to eat a meal; the time it takes to grow ingredients; or the age at which an animal is ready to be eaten. The time-frame could be from winter to autumn, from infatuation to marriage, from the beginning of a fast to the end of it, or from morning coffee to nightcap. Revisit the notes you made on page 23. Write three scenes or recipes from very different points along your timeframe. The first scene could be something to do with beginnings: planting, falling in love, or a discovery. The second scene could have something to do with middles, peaks, or a dish that is moderately difficult to prepare. The last scene could include an extremely complex meal, the end of a love affair, or a triumph. These scenes donâ&amp;#x20AC;&amp;#x2122;t necessarily have to appear in this order in the final book, but they will ensure that you have variety and movement. Cast the net of your story wide.

Write a detailed description of a character. Write it in prose and as part of a scene. Maybe theyâ&amp;#x20AC;&amp;#x2122;re looking at themselves in a mirror or at their reflection in a silver bowl, maybe theyâ&amp;#x20AC;&amp;#x2122;re being observed by someone else. Write about their features, their hair, how they move, what they wear, and the details of their hands, chest, legs, feet. You can always edit things out afterwards. Use this workout to gain intimate knowledge of your characters. Repeat as necessary. If you want to continue on from the previous few pages, this could be the scene after the meal when everyone has left and you or your character are alone. Cookbooks need characters, too. Describe some of the people responsible for your recipes.

Write three different scenes in which your character is eating a meal. In the first scene they are alone; in the second - with one other person; and in the third scene theyâ&amp;#x20AC;&amp;#x2122;re with a large group of friends, family, colleagues, or strangers. Think about bringing variety to the types of meals and types of relationships in your book. In one scene, you could have food that heals: chicken soup, lemon and ginger, turmeric. In another scene, food could feature as the cause of harm, whether through allergy, poisoning or being rotten. Food could be used to tempt or seduce. Or alternatively, to destroy or repel. Sketch the layout of the table and note where your characters are sitting. There can be drama in the way bodies are situated in relation to each other. If youâ&amp;#x20AC;&amp;#x2122;re writing a cookbook, write about remedies; about food that heals and increases pleasure. You could also give warnings about certain foods, about what happens when it goes off, or risky combinations of ingredients. Explore recipes that inspire a spectrum of reactions.

Write down some future projects youâ&amp;#x20AC;&amp;#x2122;d like to work on. Books you want to tackle or smaller projects you could rustle up in a day or two: flash fiction, blog posts, articles. Avoid being distracted while working on your current project, though make sure you have new ideas for when youâ&amp;#x20AC;&amp;#x2122;re done or need a breather from The Book.

The first notebook for (aspirant) writers. It offers writing prompts and activities, suggestions on structuring your book, and enough blank pages in which to write it. With description workouts, list-making exercises, a reading list and much more. 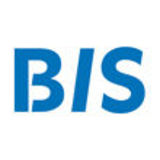