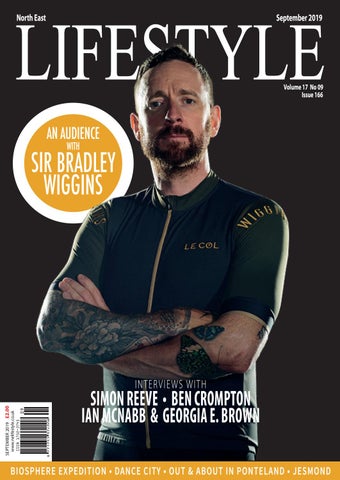 BIOSPHERE EXPEDITION • DANCE CITY • OUT &amp; ABOUT IN PONTELAND • JESMOND

Join a wolf conservation trip with Biosphere Expeditions and you are guaranteed a break with a difference. If you love nature and the outdoors you will have a great time. You will also be making a real contribution to research and conservation of some of the most endangered species on the planet.

set off this summer to join a Biosphere Expedition on wolf conservation. Our mission was to help track the return of wild wolves to Lower Saxony – a state in north west Germany. Wolves, once extinct here, have started to make their home in the forest region again as they are now a protected species. This however is no ordinary ‘wildlife’ holiday. Instead I joined a group of people from all over the world who all have an interest in our planet and animal conservation and I became a ‘Citizen Scientist’ for a week. What is a Citizen Scientist? Citizen Scientists are lay people who, with a degree of training, can make a genuine contribution to wildlife research by recording information which helps to create a picture of how animal species are faring in a world full of people. First we learnt the story of the wolf and about the task of managing the risks of human / animal conflict through education. Many people are wary of the ‘big bad wolf.’ Wolves are not popular with livestock owners as the predators can take sheep occasionally. They

are not popular with hunters, either as they regard them as competition. Conservationists need to keep everyone on board! Detecting the wolf Next we learnt how we were going to survey the region’s heaths and forest where wolves might be living. Wolves are elusive animals and they are naturally afraid of people, so we weren’t really expecting to see any but… more of that later! We learnt about the grey wolf which is the only type found in Europe. Unlike dogs, wolves have a light coloured ‘saddle’ patch on their backs, they are long legged and their front paws are bigger than their back ones. We also learnt how to identify wolf tracks, which is quite difficult as they look very similar to a big dog. However, wolves do have a distinctive ‘paw in paw’ trot which they use to cover large distances when checking out their territory. Part of the research work is also to look for wolf ‘scat’ which, can be analysed to see what the wolves have been eating (mainly deer). Through this particular activity I became

familiar with the ‘great smell of wolf’ which I will never forget. It’s pretty pungent and we were all struggling with suitable adjectives to describe it! We went out in small teams to different areas to comb as much ground as possible. We were armed with data sheets, maps, sample collecting kits and radios. We also had a GPS device used to mark our tracks and the position of any noted wolf activity. Trained and ready to track! After a practice session with Dr Matthias Hammer, a prominent biologist and conservationist and the founder of Biosphere, we set off on our first survey. It is like being a detective because you are constantly looking for clues and it quickly becomes an absorbing activity. Walking in this beautiful landscape, while chatting to interesting people, is a truly rewarding way to spend your free time because you are doing something useful too. At the end of each day GPS and manual data is collated, and you have an end-of-day de-brief session. Teams out in the field saw roe deer, foxes, hares and birds and even a

raccoon dog. And yes, some lucky people did see wolves! One group watched some wolf pups playing for quite a while. Our group saw a fully- grown adult standing looking at them along a sandy track. The wolf then casually trotted off into the forest Sometimes we met up with wolf ‘ambassadors’ – people in the community who help to spread the word about wolves. We met Mr Einhorn (Mr Unicorn) and his hunting dog Barrack who helped us on one of our excursions; he had been a forester for 40 years! Mr Unicorn took us to what I called the ‘fairytale’ forest near Ebstorf. This was a dense ancient woodland with amazing trees,

fungus, strange rocks and even a Red Riding Hood cottage. If I had seen Hansel and Gretel coming around the corner I would not have been surprised in the least. I thoroughly enjoyed my wolf conservation trip, and it is nice to know that you are contributing your small piece to a larger jigsaw of valuable information. Biosphere Expeditions run similar projects working with some of our most iconic species all over the world. For more information check out the Biosphere Expeditions website www.biosphere-expeditions.org 35 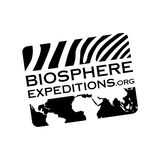