Sophie is the founder of Edtech company Bright Little Labs. Voted Computer Weekly’s ‘Rising Star’ for her work to bring gender equality to kids’ media, Sophie is a former lawyer, techie and school counsellor. She worked at Code Club, alongside Google and the DfE, to help introduce the coding curriculum, before setting up Bright Little Labs in 2015, because - “In kids cartoons, 0% of princesses are engineers, under 3% of characters are black, and Batman doesn’t recycle. Kids spend 6 hours in front of screens seeing this stuff everyday!”

Now making interactive stories with diverse role models, her first storyapp, Detective Dot, reached over 30 countries on Kickstarter. Sophie is extremely passionate about better media for children, sustainability and equality. My favourite quote is… “Education is the most powerful weapon, which you can use to change the world.” – Nelson Mandela

In the male-dominated world of back-end web development, Sophie is truly a force to be reckoned with. Since her first day at Microserve she has grappled with highly technical challenges and found better, smarter, more efficient ways to deliver great solutions, earning herself a reputation for trustworthiness, authority and expertise in the process. Sophie recently became the first female “Drupal Grand Master’’ in the UK, putting her in an elite group of fewer than 50 developers worldwide who are truly the masters of the

Drupal technology: a remarkable achievement for someone in their early twenties. Sophie is now leading the development of a ‘software as a service’ product, which is sold to some of the world’s largest financial services companies. Relaxation is… curling up on the sofa under a blanket with a warm cup of tea and a classic Disney film. Bonus points if it’s dark and rainy outside.

Stephanie can be described individually as creative and enigmatic, but as part of a team she could be thought of as an alchemist, turning the mundane into something truly extraordinary. At University she entered Dare to Be Digital and used augmentedreality software to create a game for children called Dinersaur. As part of

the newly formed Team Junkfish, she programmed the Oculus Rift version of Monstrum which has been nominated for a Scottish Game BAFTA, and was on the TIGA shortlist for the best debut game. My little-known hobby is… I love to bake cakes and treats based on video games.

Steven joined Havas in 2014 as helia’s Group Executive Creative Director. His role is to build the network’s capabilities, driving the unity of creativity and data, and overseeing Dove’s global digital creative. He’s an advocate for using creativity to unite serendipity and humanity with the world-changing capability of data and technology. In 2015, he hacked Apple’s FaceTime to reinvent the bottle label for a Cornish distillery - a world first. With Dove and Google he has re-set the

Internet to care, and made the first film recorded from the reverse camera of a car with Peugeot. Steven was behind Dove’s high profile ‘Choose Beautiful’ digital campaign, which received global recognition (Silver Lion, Cannes 2015) and he created 0101, the first beer brewed by data. Given the chance, I’d tell… Mrs Ketcher, my school art teacher, that I’ve done ok by thinking and looking at the world in that slightly odd way she encouraged.

BIMA's annual showcase of 100 of the digital industry's brightest stars. 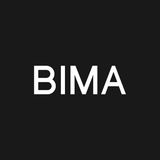