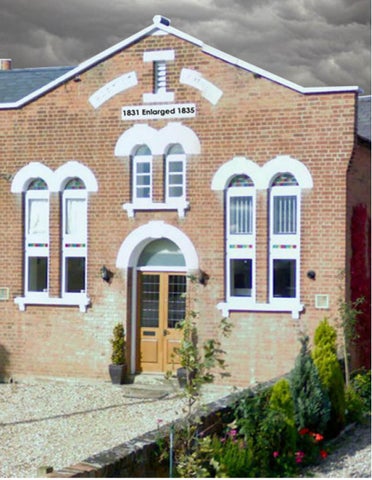 Please contact the Land Registry office named rf you have any about the enclosed official copy/copies. The fee taken for this application is

Dear Mr Clarke Thank you for your e-mail enquiry of have provided the information requested in the order presented to us:

We do hold a record of the original caution title registered in your favour under title number The title is of course closed as you are aware. The documents held in connection with the first of the Chapel are the application form (FR1) dated September 2005, document list (form DL) and item number 4 on that list being described as a Transcription of the Foundation Deed of Brieton Chapel executed on 25* February 1832. We do not hold any of the original deeds or documents. Presumably the documents enclosed application form FR1 on form DL. cannot comment further as the documents (with the exception of the Transcription mentioned above) were returned to the applicant. Access to the above mentioned documents involves an inspection fee that is one and the same as purchasing us. The latter therefore is the simpler official copies option. Forms FR1 and DL can be purchased by written postal application for a single fee of ÂŁ12, and the Transcription for an additional fee of Cheques should be made payable to 'Land Registry'.

trust the above information is helpful.

of documents in duplicate.

Notes (a) The first column for official only. the Registry places an asterisk "'"in this column. shows that kept that document Number the documents in sequence: copies should also be numbered and listed as separate (c) you supply the original document and a certified we shall assume that you request the return of the original: we may retain the original document and it may be destroyed. For first if a certified copy not see the note panel 6 of Form registration OFFICIAL

Certified Copy of the above Deeds

History of Trustees (since

From William Bell to A G B C Ltd. (Extracted from the Minutes of the Members' Meetings of Bierton Baptist Church).

Summary of Case re. David Clarke's claim to a member of Bierton Baptist Church

1. Administrative Address or other

and postcode if known of the estate to be registered

On registering a rentcharge. profit a prendre in show the address as follows: • drove, SE3 be registered Place "X" the appropriate box and complete as necessary.

When registering a rentcharge. profit a prendre in gross or relates. . Application, priority and A fee calculator for types be found on Registry s website at

Nature of applications in priority order First registration of the estate

clearly identified on the Ordnance

the land to be identified is the land affected by that estate, or to which can

by cheque or postal order, amount £ made payable to by Direct Debit under an agreement with Land Registry.

FOR OFFICIAL USE ONLY paid Record

6. Documents lodged with this form List the documents on Form DL We shall assume you request the return these documents. But we shall assume that you request the return of a statutory subsisting subsisting charge the latest document of title (for any conveyance to the applicant) you supply a certified the document. certified copies such documents not we may retain the originals such documents and they may be destroyed 7. T h e applicant IS: Please provide the full name Application lodged by:

Land Registry Key No.(if Name (if different from the applicant) No. Reference E-mail Telephone No.

person applying to he registered as the proprietor.

USE ONLY Status codes

Where you would like us to deal with someone else application

shall deal only with the

unless you place "X" against one or more

the statements below and

Send title information document to the

the the necessary details.

Address(es) for service of every owner of the estate. The address(es) will be entered in the register and for and the notice. this and panel may up to three addresses for

service one of which must he a postal address but does not have to be within the UK. The other addresses can be any combination a box number at a UK document exchange or an electronic address. For a company include the registered For Scottish use an SC and for liability use an before the foreign companies gtve territory which incorporated

a postal any. For

Unless otherwise arranged with Registry we require a certified copy the owner s constitution (in English or Welsh) is a body corporate but is not a company registered in England or Wales or Scotland under the Acts. 10.

give this information fa

Unless otherwise arranged a body corporate but

give up to three addresses for service: see panel

Land Registry headquarters, we require a certified copy the chargee s constitution (in English or Welsh) registered England and Wales or Scotland under the Companies Acts.

Where the applicants are joint proprietors Place

applicants are holding the property

us about You must use Form DI to

of Bierton Chapel. Executed on the 25*

by William Bonham and others.

Notes on the Transcription The three pages of (1) Where

are bound in reverse order along

WC2A 3JF, Solicitors, certify that, except where specifically indicated pursuant to (J) above, this transcription is a

[In the left hand margin on each

and accurate copy of

of the Indenture there is affixed a blue

impressed stamp saying "ONE POUND" under a coat of arms. Beneath that is a round stamp with a crown in the middle reading around the

THIS INDENTURE made the

day of February in the year of our Lord

first part JOSEPH ROSE of Aylesbury in the said

same place Wine Merchant (in whom as surviving executor of

and William Woollhead parties hereto of

or his undertenants or assigns since with some

Thomas Collins and himself the said William Bonham

orchard or close and on the west by

and north by other parts of scitcs and ground belonging to

twenty seven feet or thereabouts and at the north

and all and singular other the premises hereby

parties hereto of the

and by such other persons as shall thereafter

officiate in the said chapel or meeting house such person or

adult MEMBERS of the said Society being

elect to officiate as their Minister or Pastor therein according to

adult members of the said society being

used with and be appendant to the said Chapel or Meeting

to permit and suffer the same from

adult Members of the

so assembled shall direct by mortgage of the said

to time shall be

trust property or the enlargement repair or rebuilding of the

space of twelve calendar months together THEN UPON FURTHER

be made or any letting thereof shall

place in pursuance of the Trusts aforesaid the person or persons becoming a purchaser or purchasers or mortgagee or mortgagees or otherwise paying any money in respect of the said premises his, her or their not be compelled to

to the application of

executors or administrators shall money so by him.

nor be answerable or accountable for the misapplication or

or them paid of the

or any part thereof and that the receipt or

which shall from time to time or at

and so often during

trusts hereby created as the number of the

said premises as shall make the number of

and for his own acts

so hereby severally covenant and declare with and lo the

any time heretofore made

so seised of and in the said

the same AND every part thereof with

that it shall and may be lawful

any estate, right tide or interest of in to or out of the said

the said parties hereto of the fourth part their heirs or

perfectly and absolutely or satisfactorily granting

law shall be reasonably advised or devised and required AND LASTLY

reasonable request and at the proper costs and charges of

and and every or any of the

same deeds evidences and writings and permit such copies

above written indenture refers between John Cripps of Bierton in the

Indenture between Thomas Cripps of the Parish of

in the said County of Bucks

in the said County Baker of

and Release the Release between

Indenture between the said Thomas Capp of part and Noah

of Lease and Release the Release between

other part Indenture between the same William Bonham first second

of the tame place farther described of the third part and

Thomas Woodman Indenture between the

the fourth part Thomas Woodman of the and

party hereto of the fim

MEMORANDUM of the choice and appointment of new Chapel situate

main Road in the

of the Particular the County of

duly convened and held for that purpose at the Particular

Baptist Chapel aforesaid on the

Names and description of all Trustees on

constitution or last appointment of

and John Willison Gentleman all of Aylesbury

John Roberts formerly of Bierton and now of Aylesbury, Stableman

pound and one shilling

mentioned to be paid by them to me. [Signed] Wm. Bonham

and Delivered by the within named William Bonham (Bricklayer) Joseph Bonham

Signed, sealed and delivered by the within named Thomas Bonham and James Bonham in the presence of John Parrott junr

Inrollcd in His our Lord

Chancery the 30* day of July in the according to

tenor of the statutes made for 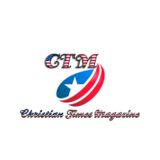