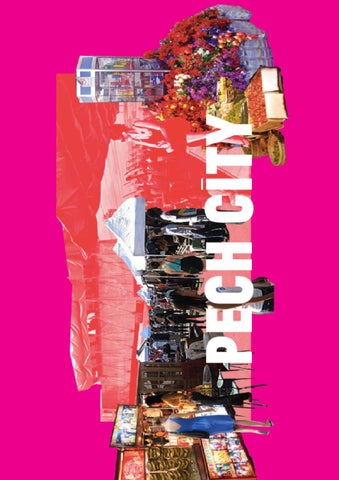 About Play Before You Plan is a set of 2 short mobilebased games and 1 guided tour that challenge players to experience and value the complex cultural economies of Rye Lane. Players sample scenarios of starting a new business, raising a young family and re-envisioning the future of the street. Why do streets matter? Streets are real-time, open archives of urban change. Unpredictable economic, social and cultural practices emerge from the compressed test strip of a city street. Why make a game of it? Games call for empathy and detailed observation, qualities that can be tested and then applied to influence the planning and design process. Do you have to be on Rye Lane to play? The games run on the open source platform, 7scenes, which allows people to script their own location-based, urban narratives for anyone to freely download and play on an iPhone, iPad or Android. These are GPS-based games, so you must be on Rye Lane to play! Learn more at playbeforeplan.tumblr.com

Welcome to the future Pech City! Tech City in East London, a hub of techbased companies - from small start-ups to blue-chip giants - is not the only global digital hood in town. Similar to its silicon neighbor to the east, there is a concentration of start-up culture here on Rye Lane driven by emergent technologies and new ways of doing business. Although this side of the techscape is more about everyday platforms for sending money and messages around the world, there is a lot to be learned (and earned!) from the small spaces of specialised service and culture. Although studies have pronounced that the British High Street is dead - Long Live Rye Lane! Shopping malls and town centres have not out-discounted the independent and innovative retailers on this South London high street.

Peckhamâ&amp;#x20AC;&amp;#x2122;s start-up street culture is scaled up to redesign the neighborhood!

Rye Lane presents a plethora of small shops, street vendors and souks in tightly packed spatial co-existence. Yet in the eyes of some Council officials, business owners, and residents seeking to build a more middle-class London lifestyle, Rye Lane is seen as a â&amp;#x20AC;&amp;#x2DC;little Lagosâ&amp;#x20AC;&amp;#x2122; - its improvised, market-style shopfronts produce overwhelming food smells and block the Edwardian and Victorian buildings one level back. Good planning and street design are called upon as a panacea. Before you decide what the future of Rye Lane should look like, take a look at Pech City - where the economic and mobile culture of the street gets scaled up to inform the redesign of 4 critical neighborhood sites.

instructions This is a guided tour of the existing and potential Rye Lane. To see how the local economy can be scaled up to influence the future design of the street, you will visit 7 sites,4 of which are highlighted in the Southwark Councilâ&amp;#x20AC;&amp;#x2122;s Peckham Nunhead Area Action Plan (AAP). Please begin at the train station plaza, then head upstairs to the recently restored waiting room. Visit the other sites in any order you wish, but make the Rye Lane Market cafe your last stop! It is recommend you play the Arrivalocity or Shopomana games first. But if youâ&amp;#x20AC;&amp;#x2122;re short on time today, then just head straight to Pech City!

This project was supported by 7scenes. 7scenes is a storytelling platform for GPS tours and games. Connect your story to the city! www.7scenes.com @7scenes.

Peckham’s start-up street culture is scaled up to redesign the neighborhood! 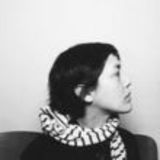