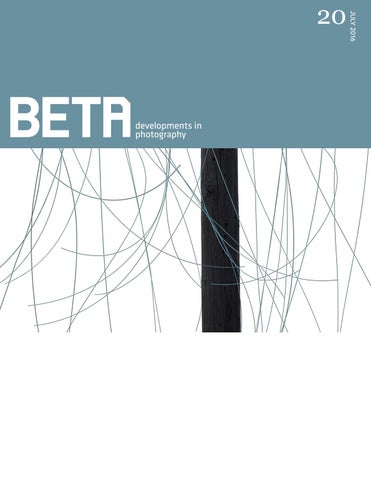 Matjaz Krivic is a documentary photographer specializing in capturing the personality and grandeur of indigenous people and places. For 18 years he has covered the face of the earth in his intense, personal and aesthetically moving style that has won him several prestigious awards. He has made the road his home and most of the time you can find him traveling with his camera somewhere between Sahara and Himalaya. His stories of planet Earth, its temples, illusions, our efforts, needs and afflictions, which he recorded at different parts of the world, establish links with the subtlety of our parallel archetype worlds and expanding the space of inspiration, as well as our empathy and tolerance towards the known and unknown cultural space. Matjaz’s photographs, multi-media projects and public installations have been exhibited internationally since 1999 with solo exhibitions in Russia, China, Tibet, Croatia and Slovenia, and group exhibitions in UK, Australia, Russia, USA, France, England, Ireland, Israel, Finland, Italy, Hungary, Croatia and Serbia.

Shen Chao-Liang was born in Tainan, Taiwan, in 1968. His works focus on the social landscapes and life conditions and the realities of the day. He strives through photography to formulate reader consciousness while at the same time fostering dialogue.

Soon after moving Manhattan in 1976 Jan Staller began to photograph the West Side Highway. It was there, working with a mixture of natural and artificial light, he made twilight images of desolate streetscapes against bizarrely hued skies. By the mid 80s, Staller had been mostly photographing in New Jersey. Working out of a Land Rover equipped with a generator, he would set up powerful stadium lighting to illuminate the industrial and suburban landscape.

Rob Walls has been a professional photographer for over 50 years. In a continuing career, he has worked on assignment for numerous Australia and international publications including Time, Newsweek and the New York Times. Since 2010 he has been working on a long term project documenting working life in Australia

Around 2003, Staller began photographing in overcast weather utilizing the transformative qualities of shadowless illumination and colorless skies. In 2011, his work changed again: using telephoto lenses to bring distant subjects near, details were isolated against a pure white background, eliminating context details of the surrounding landscape. Unprepossessing objects and materials, placed within the pure white rectangle of the photograph became studies of color, line, form and material. By 2013, Staller returned to photographing in Manhattan, principally the construction boom currently reshaping the city skyline. These images, his most reductive, are nominally about construction materials and implements, yet in these new images, they are akin to drawing and painting. About this time, Staller began making videos with a digital SLR camera. Currently Staller is making both still and video imagery.

As soon as you hear the word Urbanistan your imagination is whisked off into the traffic mayhem of Calcutta, the tawdriness of the neon sex nightlife in Bangkok, the unbelievable structuralized yet frenzied Tokyo, the suffocating and dusty streets of the (hardly) living body of the decaying Cairo, the roundabout of the hedonistic and aggressive Rio, the unstoppable narcissistic Manhattan, the global supermarket of turbo consumerism.

story that speaks of the indestructible spirit and the eternal search of inspiration that enables survival. It is a story of individuals and social groups who, putting aside the racket and general urban angst, keep searching for the core of existence in a different space and a different time. It is a story of survival through play, prayer, tradition, rituals, travels, socializing and especially, a special light, that the author of the exhibition sees and records so well.

However, Matjaž Krivic’s Urbanistan is a miraculous anti-thesis to all this. It is a story from the other side – a story of the quiet loudness on the margins of total existential, religious, economic and geopolitical chaos. A

Urbanistan is a space that allows you to take a breather from the city. Any city.

Since the 1970s, Taiwan society has developed its own cabaret culture which is different from those of the Western countries. In the early years, performers were invited to perform entertainment programs, often in the form of singing and dancing, in a variety of occasions, ranging from wedding banquets or funerals to religious ceremonies. In order to move conveniently around the country, they chose to perform in a simple “theater” - usually in a camp or on a truck renovated specifically for the performance. The form then became the origin of a unique Taiwanese cabaret culture. This photographic project started in early 2005 with an intention to record the important culture of Taiwan that has witnessed countless changes as Taiwan has gradually developed into a modern economy. Among the various cabaret artists I recorded with my camera and had interviews with, most of them have other professions and different “social status” when off stage, such as school teachers, college students, or bank clerks. Underneath their colorful make-up and sexy luxurious costumes, they are only simple normal people who have their dreams and hopes for a better life. The findings present a gap from the general perception of cabaret artists in Taiwan. At the exhibition, the presentation of the photos featuring various cabaret groups, artists and “truck theaters” is intended to be a “window” for the viewers, especially those who are not familiar with the performances, to glance and appreciate the unique part of Taiwanese culture. The “truck theaters” presented at this exhibition are either the most popular or some unique ones used in cabaret performances today; some have been re-designed or renovated several times since early 1990s. It is my hope that, through the “window” of these colorful “truck theaters” and cabaret performers, the diverse and rich elements of Taiwanese culture will be introduced to more people from around the world.

Recent Images JAN STALLER In my photographs, structures, various objects and raw materials that I find in the environment become the stuff of sculpture or drawing. The sources of my imagery have been found most anywhere- from nuclear test sites of the U.S. Government to vacant lots. Influenced by contemporary artists working in the minimalist canon, as well as abstract photographs of artists like Callahan, Siskind and Metzker. I see my subject matter as found sculpture and drawing. I am looking at materials with the formalist concerns of a sculptor, but rather than making a construction to place in a gallery, I use photography to evince drawing or sculpture. Unlike the photographers mentioned whose black and white works tended to have a strong graphic presence, my color photographs also exploit the illusion of space found in abstract painting. The reductive nature of my most recent-images has been evolving over several decades. But, perhaps most consistent in my work is my use of expressive nature of photography rather than its potential of accurate rendition. My earliest photographs used mixed light sources and atmospheric weather to make uncanny and theatrical images of the urban landscape. Later, when I used powerful stadium lighting in the field, it was in a manner similar to using light in the studio, thus emphasizing particular qualities that could only be done with a controllable artificial light source. Over the years, the subject matter in my work has been consistent: Landscape featuring human activities and artifacts. Instead of limiting myself to the depiction of intrinsically interesting objects, my most effective work derives interest from parts of our world that most would pass by without notice. By employing my sensitivities to light, atmosphere and the the dynamic qualities of the photographic medium, I explore the potential of photography to change our perceptions of what our eyes see.

In the last six years, in photographing work in Australia, Rob Walls has covered more than 70,000 kilometres by road. Facades is a series that evolved organically from within the Working Life project. Always fascinated by the way humans leave their imprint on the urban landscape, he realised that showing the places where people work had to be an integral aspect of the project.

But commercial facades are more than just pleasing architectural compositions. Facades both historic and modern, carry within them a subtle record of the economic and social history of a region. They tell much about the changing fortunes of the town and cities they occupy. They speak of the migration of people from the country to the big cities and sometimes the reverse; they tell of the revival of a rural community. New, formerly unimagined modern

businesses such as internet service providers occupy old Victorian buildings; video stores that relied for their survival on the VHS tape or the DVD, become obsolete overnight. Yet, still some businesses manage the transition to the modern era by keeping pace with commercial evolution. This is the history that is embedded in this record