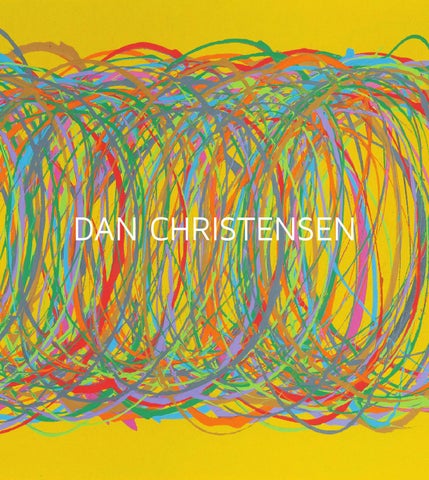 DAN CHRISTENSEN (1942–2007) was a leading figure in the Color Field movement whose relentless experimentation with new tools and materials made him among the most ambitious abstract and gestural artists of his time. In the late 1960s, Dan Christensen’s art was championed by important curators, critics, and art dealers like Dick Bellamy and André Emmerich, and significant paintings were placed in major museum collections around the United States. However, it is only recently that his multifaceted oeuvre has received the widespread attention it has long deserved. The traveling retro­spective, Dan Christensen: Forty Years of Painting, organized by the Kemper Museum of Contemporary Art (Kansas City, Missouri) in 2009, helped make a convincing case for a heightened appreciation of Christensen’s work and his significant place in postwar abstraction. In a day when artists were often held to a specific type of form, Christensen changed his approach and aesthetic often, at times in dramatic reversals and at other times in a return to and an expansion of earlier themes. His use of spray guns, window-washing squeegees, rakes, blasters, and house painting rollers were not the basis of his art but the vehicles that enabled him to strive for new ways of seeing. As noted in a review in Artforum of his Kemper show, the critic Peter Plagens observed that with his gutsy combination of elements, Christensen arrived “at some sort of visual poetry.” Dan Christensen was born in Cozad, Nebraska in 1942. Seeing the work of Jackson Pollock on a trip to Denver when he was teenager motivated him to become an artist. He pursued this aim at the Kansas City Art Institute, Missouri, where he received his Bachelor of Fine Arts. After moving to New York in 1964, he rose quickly to fame among a group of young artists who were reviving painting during a time that minimalism was prevalent. He joined the ranks of other well-known Color Field painters like Kenneth Noland, Jules

Olitski and Larry Poons. Christensen first gained renown for his spray loop paintings, in which he used the spray gun to create repeating calligraphic circles, producing shimmering allover surface effects. His work progressed in several directions, including his plaids, in which he used rollers and squeegees to “get more paint down on the canvas,” resulting in tighter compositions that at the same time had an improvisational quality as their compositions were determined in the artist’s “editing” phase. In another series, he used sticks and brush ends to cut into thick acrylic strata, abrading his surfaces to let colorful underlayers emerge. In the 1980s, he returned to the loop, using color sprays to create blurred circles and evanescent mandala-like lozenges. Christensen conjoined his thematic issues in the mid-1990s, creat­ing orbs of colors that seem to melt as well as move through fluorescent and celestial atmospheres, their shifting lines implying the Pythagorean harmony of the spheres as well as atomic energy and matter. He was creating works of heightened brilliance and intensity at his early death in 2007. Christensen received a National Endowment Grant in 1968 and a Guggenheim Fellowship in 1969. His paintings are held in over thirty museum collections, including the Albright-Knox Gallery, Buffalo, New York; the Fine Arts Museums of San Francisco; the Metropolitan Museum of Art, New York; the Museum of Modern Art, New York; the Seattle Art Museum; the Solomon R. Guggenheim Museum, New York; the Whitney Museum of American Art, New York; and many others. Last summer, Gagosian Gallery in London included the 1968 masterpiece Pavo in their exhibition entitled “Sprayed,” featuring works by Jules Olitski, David Smith, and Christopher Wool. The Dan Christensen retrospective at Berry Campbell will feature a considerable number of paintings that have not been publicly viewed in decades.

There was nothing like a visit to your studio where we would sit up on high chairs to look at your new work and drink Rolling Rock. The chairs were from a pool hall, perches from which to watch a game of nine-ball, but instead of viewing spheres in primary colors rolling over the rectangle of a green baize, we might be staring at pastel spirals on cotton, yellow coils on a field of mustard, optical targets, planet blobs, tiny blue and pink afterthoughts, and more than once, a color I had never seen. The movement in your pictures is you moving, pacing, layering, splattering, a wild laborer with his odd toolsâ&#x20AC;&#x201D;rake, spray gun, squeegee, spoon. So even now, in this catalogue on my lap on a far-away white couch, signs of your kinetic presence are visible. On every page I can see the looping traces of your living hand. 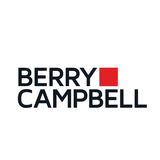 Christensen’s relentless experimentation with new tools and materials made him among the most ambitious abstract and gestural artists of his...

Christensen’s relentless experimentation with new tools and materials made him among the most ambitious abstract and gestural artists of his...