Identification of honeybees from Cape Verde 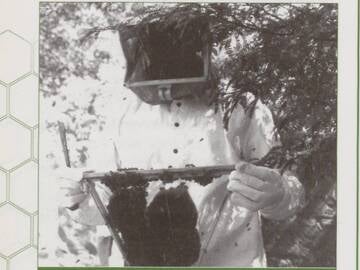 Zoom in on Cape Verde

The western honeybee, Apis mellifera is divided into nearly 25 subspecies (races) adapted to different parts of the original distribution area, which is Africa, Asia Minor and most of Europe (Ruttner, 1988).

The subspecies have been delimited and described on the basis of variation in characteristics such as morphology, size, colour and behaviour, using complicated statistical analyses. ’ Unfortunately it can be rather difficult to distinguish between some of the subspecies. In this case the use of modern DNA techniques can help. Comparisons of the order of the four bases (g-a-t-c) in certain genes or DNA regions show that related entities have nearly the same order of bases. The extent of correspondence can tell us something about the evolution of the studied specimens (Cornuet et al, 1991; Pedersen, 1996; Pedersen, 1998).

Two years ago Ole Hertz sent me some specimens of honeybees from the Cape Verde Islands for identification. DNA from these honeybees was extracted, amplified and sequenced in order to analyse the relationships of these bees to other honeybees. The above mentioned region in the mitochondrion was analysed — that means 2017 base pairs.

The order of the bases shows that the bees from Cape Verde belong to the African group of subspecies. From a technical point of view these bees have also several similarities with African bees, also the special P region, which is missing in the Mediterranean group and which is 13 base pairs longer in the African subspecies than in the North and West European black bees. A comparison of the P region in the bees from Cape Verde and in African Apis mellifera intermissa (De La Rua et a/, 1998) differs so much that it is clear that the Cape Verde bee does not belong to Apis mellifera intermissa. The figure is an evolutionary tree which describes the relationships of several studied honeybees from Africa, the Asian honeybee, Apis cerana and representatives from the two European groups of subspecies; Apis mellifera  mellifera and Apis mellifera ligustica. The tree is so-called ‘neighbour joining tree’ based on comparisons of the variation in bases (1457 base pairs) in the CO-I gene from all the studied bees.

All the African honeybees constitute a group of several can be recognised on the tree. The other African strains have not been identified to subspecies. The honeybees from Cape Verde are closely related to the bees from The Gambia (the strains 28, 33 and 38) and together these bees seem to form an independent group — presumably a new subspecies. Many of the other strains from West Africa form equivalent groups.

In conclusion, the honeybees from Cape Verde are closely related to bees from West Africa and especially bees from The Gambia. The present study also shows that the DNA variation in the West African honeybees especially is so great that closer analyses of both the morphology and the DNA variation of these bees are needed in order to delimit and probably to describe several new subspecies from Africa.

*Please see the original article to see a figure of an evolutionary tree showing the relationships of several strains and subspecies of honeybees.