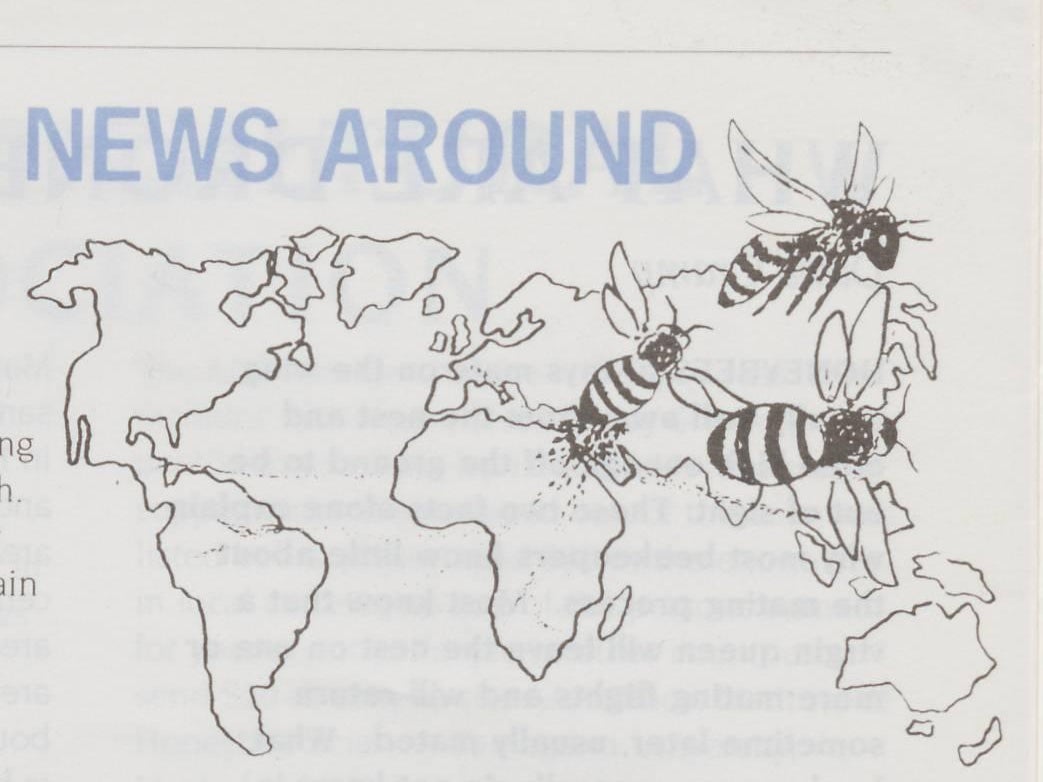 I usually try to find out about the local beekeeping in the various countries I visit.

On my return from a visit to Guyana I had arranged to spend two days in Trinidad. My hostess decided to take me to visit Mount St Benedict. I was introduced to Brother Calamus who when I explained that was beekeeper, immediately asked why had I missed “The Conference”. Having recently become a subscriber to Beekeeping & Development I realised he was referring to the International Conference on Apiculture in Tropical Climates which had been held in Trinidad and Tobago in September 1992.

Brother Calamus said he would be happy to take us to see the apiary When I asked if the bees were Africanized he assured me that they were yellow bees {American-Italian) cross. He said that it was lucky we had come in the afternoon, the morning air had been thick with “Sahara dust” which would have made the bees too defensive.

The hives are arranged in a very practical way. Two timbers about two feet above the ground supported on concrete blocks provide stand from which the hives can be easily lifted. Standing about eight feet from the flight path of the first hive I took out my camera.

As I took the photograph noticed first one bee and then another bouncing off my hands. By the time I closed the lens I realised it was time to move: within few seconds over twenty bees were following me and letting me know I was intruding! By the time we reached the house I had been stung on the scalp, nose, wrist, finger and lower lip. “I didn’t expect you to get so close!”, said Brother Calamus.

I recalled the words of an experienced beekeeper who advised me that there is always something new to learn about bees: they are guaranteed to act in way you do not expect.