What are drone congregation areas?

HONEYBEES always mate on the wing, usually well away from the nest and often high enough off the ground to be out of sight. These two facts alone explain why most beekeepers know little about the mating process. Most know that virgin queen will leave the nest on one or more mating flights and will return sometime later, usually mated. What beekeepers generally do not know is where the queen goes and how and where drones mate with her.

Research has shown that during fine weather, at definite times of the day, drone bees leave the nest and fly to certain areas where they congregate on the wing to await queen bees. When queen flies into the area, many drones will chase her and number of them will mate with her. These areas, known as drone congregation areas, may hold advantages for the bees, particularly the queen. Her mating flight is very vulnerable period for the queen She is in danger from birds and other predators, changes of weather conditions, and accidents. Therefore if there is special area to which she can fly directly, and where she can find sufficient drones to mate with in as short time as possible, her time outside the nest will be reduced, thus increasing her chances of survival. It is also important that drones from many different colonies will congregate together, thus helping to ensure a varied genetic mix for the queen and avoiding the chances of inbreeding.

Many drone congregation areas appear in the same place year after year. One at Selbourne in Hampshire, UK was first described in 1789 and still exists today. Drones in congregation areas tend to fly at certain heights and within certain boundaries Other insects entering the area such as butterflies and even small birds are avidly chased by drones. Outside of these boundaries, the drones’ interest in queen bees is believed to diminish. The bees are very numerous in these areas and can sometimes be heard from the ground. they are often dismissed by beekeepers as swarms.

The existence of drone congregation areas raises many questions in the minds of beekeepers and researchers For instance: how do drones, which are new each year, know where these areas are? How do queens know where they are? How far will drones and queens fly to such an area? How do drones define the aerial boundaries of the areas? Are topographical features such as hills or valleys relevant? Are landmarks such as treelines or woodlands associated with them? Are they dependant upon any climatological factors such as temperature, light levels or atmospheric pressure? If so, how do queens get mated during periods when conditions are not right is there an alternative system?

David Cramp is Diploma student at University of Wales, College of Cardiff. His research is focused on the climatological factors required for the formation of drone congregation area. 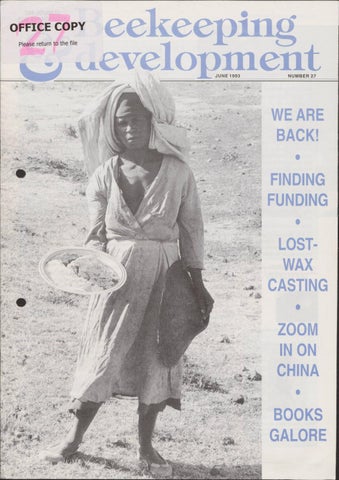