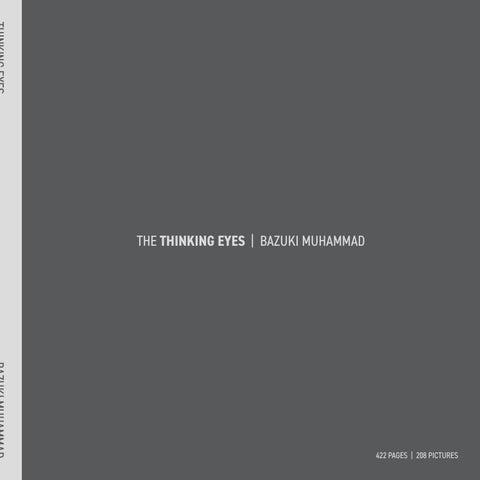 to Ayah, for raising me up in a world of creativity to Ma, for believing that I can make a living out of the thing that I enjoy doing the most to Azu, for keeping up with my ever changing schedules to Aisyah, for making me smiling again when I come home with my good pictures, BUT out-of-focus to Mr Fisher, for giving me the opportunity to Mr Mueler, for telling me that I can make a living out of taking pictures to Mr Nash, for telling me that getting an A is not good enough

Abdul Razak Abdullah Baginda arriving for a hearing, Shah Alam, Malaysia. The political analyst was acquitted abetting the murder of a Mongolian model | 2007

South Koreaâ&#x20AC;&#x2122;s Lee Kyung-won jumping into the arms of her coach after qualifying for final, Kuala Lumpur | 2010

Mahathir Mohamad waving before leaving office for the last time as the Prime Minister, Putrajaya | 2003

Aummarine Kamolkunpipat grieving on his wifeâ&#x20AC;&#x2122;s coffin after she died in bus crash, Ipoh, Malaysia | 2010

Showering by firefighters before circumcised, near Kuala Lumpur | 2008

Pilgrims gathering at Mount of Mercy, marking the beginning of Haj, Arafat, outside Mecca | 2002

Former Malaysia’s prime minister Mahathir Mohamad presenting his keynote address infront of the “Man In The Hood” during an anti-war conference, Kuala Lumpur | 2007

Tsunami survivor Prapasiri Klongboon is comforted by a volunteer, one year memorial ceremony of Tsunami, Thai island of Phi Phi | 2005

Malaysian Prime Minister Mahathir Mohamad holding tears as he is crowded by his party leaders as he is announcing to quit as leader, Kuala Lumpur | 2002

Myanmar refugee of Rohingya ethnic minority, Rashidah Shukor, pausing as she talks about her plight coming to Malaysia 20 years ago, Kuala Lumpur | 2009

A1 GP driver Jos Verstappen of Netherlands on a wet track, Sepang | 2005

A woman looking for her family member after Tsunami, Thap Lamu, Thailand | 2004

Wan Azizah Wan Ismail (L), the wife of Malaysia’s opposition leader Anwar Ibrahim, and her family react to a video clip showing a couple having sex in a hotel room which has been circulating on the Internet, Kuala Lumpur. Azizah was not convinced that the man in the video is her husband. Anwar described the video as “malicious slander” designed to discredit him politically | 2011

Grieving of the lost of the loved ones in Tsunami, Thap Lamu, Thailand | 2004

Bullet that killed his father went throught the windscreen, Kabul | 2002

Grieving over the loss of the loved ones in Tsunami, Thap Lamu, Thailand | 2004

Afghanistan notorious military commander Abdullah Shah talking to Reuters, Kabul prison. Shah has been sentenced to death by a special court for multiple kidnappings and the murder of dozens of people, including three of his wives and five children. Shah was accused of committing the crimes in the 1990s while serving wanted commander of Zardad from Hezbi-i-Islami faction led by Gulbuddin Hekmatyar, officials said. Shah, who is also known as “Zardad’s Dog”, denies the allegations said it was a plot by his enemies | 2002

School in Afghanistan, outside Kabul | 2002

Boys waiting for their turn for circumcision, village of Kampung Nakhoda, Kuala Lumpur | 2008

A boy refusing to go through circumcision, village of Kampung Nakhoda, Kuala Lumpur | 2008

Shopkeeper waiting for customers at the Ramadan bazaar ahead of Eid al-Fitr, Kuala Lumpur | 2011

Malaysians of ethnic Malays and an ethnic Indian sharing a moment as they leave work, Putrajaya | 2007

“The Most Number of Apples Used In Spa Therapy,” Port Dickson, Malaysia | 2007

Sighting of the new moon of Ramadan, sky of Putrajaya | 2007

The new Sultan of Selangor, Sultan Sharafuddin Idris Shah, walking down the podium after the royal bathing ceremony, Klang, Malaysia | 2003

A Malaysian Chinese reciting prayers as the ‘Wangkang’ or ‘King’s boat’ is burned on the shore of the Strait of Malacca, Malaysia | 2001

Malaysian Chinese, in a trance while his tongue is pierced with a trident, joining the ‘Wangkang’ or ‘King’s Boat’ procession, Malacca, Malaysia | 2001

Thai Muslims chatting as they wait for the train to depart, Pattani | 2004

Half moon hanging over Malaysiaâ&#x20AC;&#x2122;s landmark Seri Wawasan Bridge on a clear sunset sky of Putrajaya | 2004

An elderly Thai wiping his tears as he recites a prayer in front of his family memberâ&#x20AC;&#x2122;s coffin died in Tsunami, Thap Lamu | 2004

A Thai Muslim woman performing prayers next to an anti-war banner, Pattani | 2004

A newly captured wild elephant riding a truck as it passes through the town of Lanchang after a 9-hour journey from the forest where it was captured in Kota Tinggi, as part of its relocation to the Kuala Gandah Elephant Sanctuary in Pahang | 2011

A Kenyah, a former headhunting tribe, Dangah Anyit, believed to be 80, sitting at her village of Sungai Asap, Borneo island | 2003

A Muslim reciting a prayer at Jabal alRahman, or the Mount of Mercy, at the center of plain Arafat, Mecca | 2002

Afghanistan policemen are seen through the heat of a fire which burning illegal drugs, Kabul | 2002

Students left a message after their village was hit by Tsunami, Kamala beach, Thailand | 2005

Anti-war banner during a memorial walk marking the anniversary of the Hiroshima bombing, Kuala Lumpur | 2005

Malaysia’s landmarks, Putra Mosque (L) and ‘Putra Perdana’ are seen on the skyline of Malaysia’s administrative capital of Putrajaya | 2005

A boy playing on a swing, part of a sculpture by Italian artist Paolo Canevari, at the “Art For Andaman” exhibition, on tsunami-hit Thailand’s Patong Beach | 2005

Young Malaysian Muslims are silhouetted as they are reciting prayers ahead of fasting month of Ramadan, Kuala Lumpur | 2001

Grandfather Daud Ibrahim at his courtyard in Tendong, Malaysia | 1998

Bazuki Muhammad is an international award-winning photojournalist and an editor who has covered assignments with Reuters, and for publications in the United States and Malaysia for 25 years. A US-educated architect, Bazuki spent 10 years in Louisiana and Tennessee experimenting with his “Thinking Eyes” before shooting for the London-based news agency Reuters for 17 years in Kuala Lumpur, Malaysia. Bazuki won Publish Asia’s Best in Sports Photography for two consecutive years in 2002 and 2003. Bazuki covered the London Olympics, cyclone Nargis in Myanmar, U.S. President Bush in Japan, the war in Afghanistan, tsunami in Thailand, Hajj in Mecca, and Thailand’s political turmoil. Bazuki was the photography adviser to Malaysia’s New Straits Times Press and now is the founder and manager of its new NSTP Thinking Eyes. Bazuki is an alumnus of College of Design, School of Architecture, Louisiana State University. Bazuki is at bazuki.com. 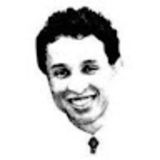 The Thinking Eyes of Bazuki Muhammad (ON GOING)

Bazuki Muhammad is an international award-winning photojournalist and an editor who has covered assignments with Reuters, and for publicatio...

The Thinking Eyes of Bazuki Muhammad (ON GOING)

Bazuki Muhammad is an international award-winning photojournalist and an editor who has covered assignments with Reuters, and for publicatio...