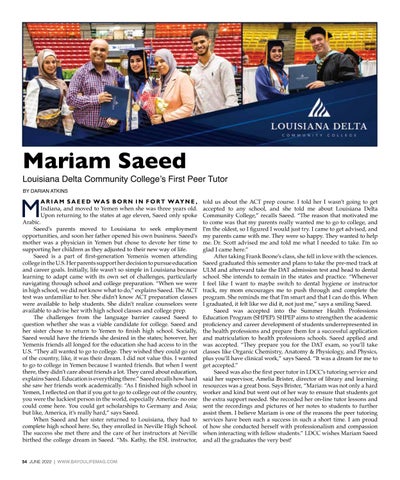 A R I A M S A E E D W A S B O R N I N F O R T W AY N E , Indiana, and moved to Yemen when she was three years old. Upon returning to the states at age eleven, Saeed only spoke Arabic. Saeed’s parents moved to Louisiana to seek employment opportunities, and soon her father opened his own business. Saeed’s mother was a physician in Yemen but chose to devote her time to supporting her children as they adjusted to their new way of life. Saeed is a part of first-generation Yemenis women attending college in the U.S. Her parents support her decision to pursue education and career goals. Initially, life wasn’t so simple in Louisiana because learning to adapt came with its own set of challenges, particularly navigating through school and college preparation. “When we were in high school, we did not know what to do,” explains Saeed. The ACT test was unfamiliar to her. She didn’t know ACT preparation classes were available to help students. She didn’t realize counselors were available to advise her with high school classes and college prep. The challenges from the language barrier caused Saeed to question whether she was a viable candidate for college. Saeed and her sister chose to return to Yemen to finish high school. Socially, Saeed would have the friends she desired in the states; however, her Yemenis friends all longed for the education she had access to in the U.S. “They all wanted to go to college. They wished they could go out of the country, like, it was their dream. I did not value this. I wanted to go to college in Yemen because I wanted friends. But when I went there, they didn’t care about friends a lot. They cared about education, explains Saeed. Education is everything there.” Saeed recalls how hard she saw her friends work academically. “As I finished high school in Yemen, I reflected on that if you got to go to college out of the country, you were the luckiest person in the world, especially America- no one could come here. You could get scholarships to Germany and Asia; but like, America, it’s really hard,” says Saeed. When Saeed and her sister returned to Louisiana, they had to complete high school here. So, they enrolled in Neville High School. The success she met there and the care of her instructors at Neville birthed the college dream in Saeed. “Ms. Kathy, the ESL instructor,

told us about the ACT prep course. I told her I wasn’t going to get accepted to any school, and she told me about Louisiana Delta Community College,” recalls Saeed. “The reason that motivated me to come was that my parents really wanted me to go to college, and I’m the oldest, so I figured I would just try. I came to get advised, and my parents came with me. They were so happy. They wanted to help me. Dr. Scott advised me and told me what I needed to take. I’m so glad I came here.” After taking Frank Boone’s class, she fell in love with the sciences. Saeed graduated this semester and plans to take the pre-med track at ULM and afterward take the DAT admission test and head to dental school. She intends to remain in the states and practice. “Whenever I feel like I want to maybe switch to dental hygiene or instructor track, my mom encourages me to push through and complete the program. She reminds me that I’m smart and that I can do this. When I graduated, it felt like we did it, not just me,” says a smiling Saeed. Saeed was accepted into the Summer Health Professions Education Program (SHPEP). SHPEP aims to strengthen the academic proficiency and career development of students underrepresented in the health professions and prepare them for a successful application and matriculation to health professions schools. Saeed applied and was accepted. “They prepare you for the DAT exam, so you’ll take classes like Organic Chemistry, Anatomy &amp; Physiology, and Physics, plus you’ll have clinical work,” says Saeed. “It was a dream for me to get accepted.” Saeed was also the first peer tutor in LDCC’s tutoring service and said her supervisor, Amelia Brister, director of library and learning resources was a great boss. Says Brister, “Mariam was not only a hard worker and kind but went out of her way to ensure that students got the extra support needed. She recorded her on-line tutor lessons and sent the recordings and pictures of her notes to students to further assist them. I believe Mariam is one of the reasons the peer tutoring services have been such a success in such a short time. I am proud of how she conducted herself with professionalism and compassion when interacting with fellow students.” LDCC wishes Mariam Saeed and all the graduates the very best! 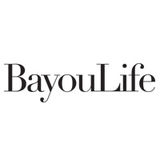 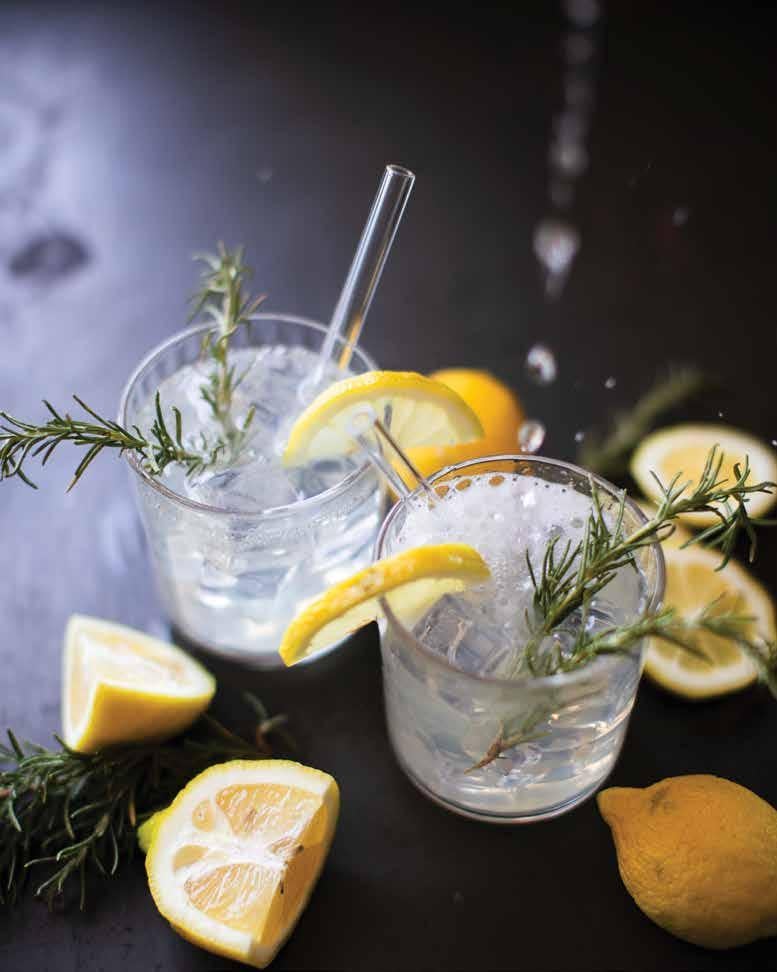 Host the perfect summer soirée with this signature drink. 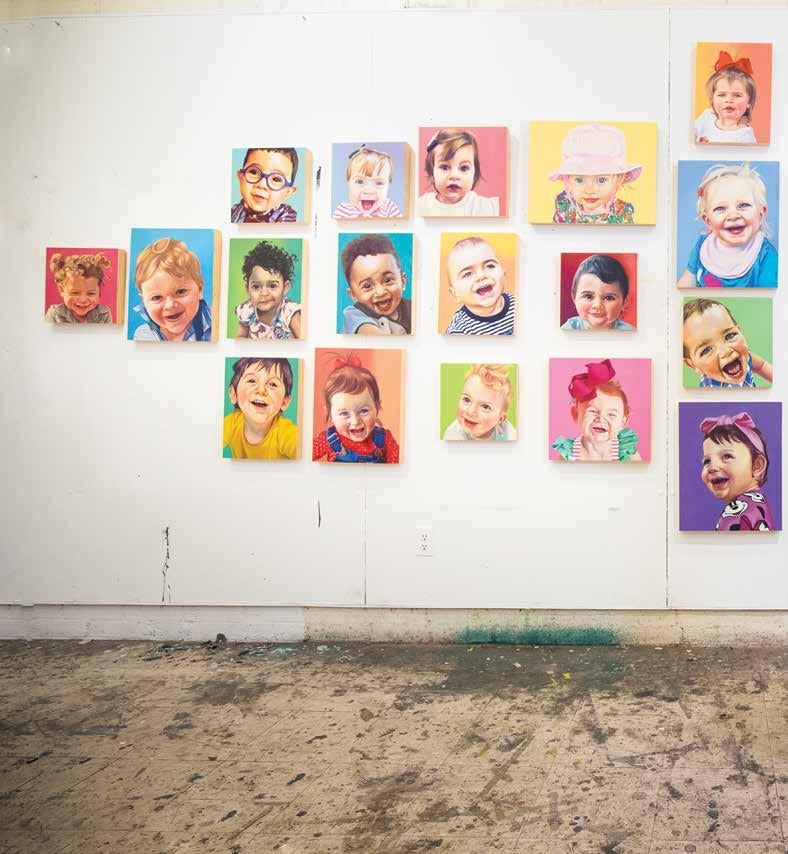 Many artists use their work to tell a story, and Whitney Trisler Causey is no exception. However, the stories told through her latest series of painted portraits aren’t entirely her own.

Make your day even more magical with a stunning wedding cake. It is your opportunity to share your taste (literally) with all of your guests. 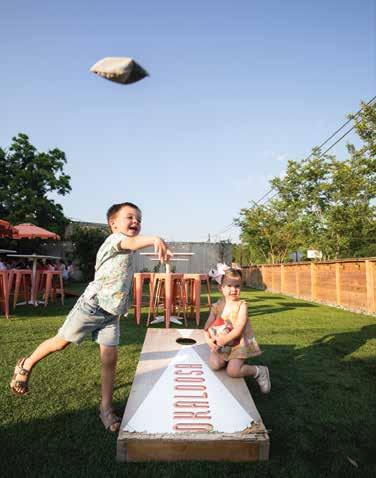 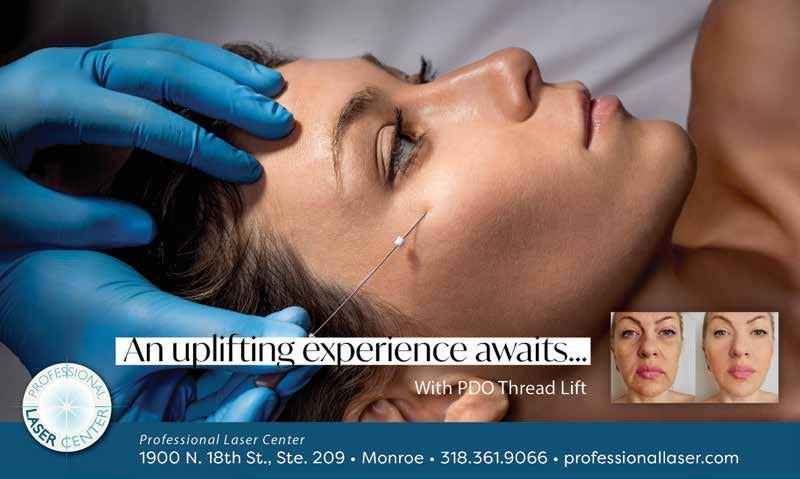 From a long vertical canister overflowing with roses, to a classic hand-lettered invitation suite, a signature cocktail with a hint of rosemary to a glamorous wedding dress, these inspiring looks are elegantly defined. 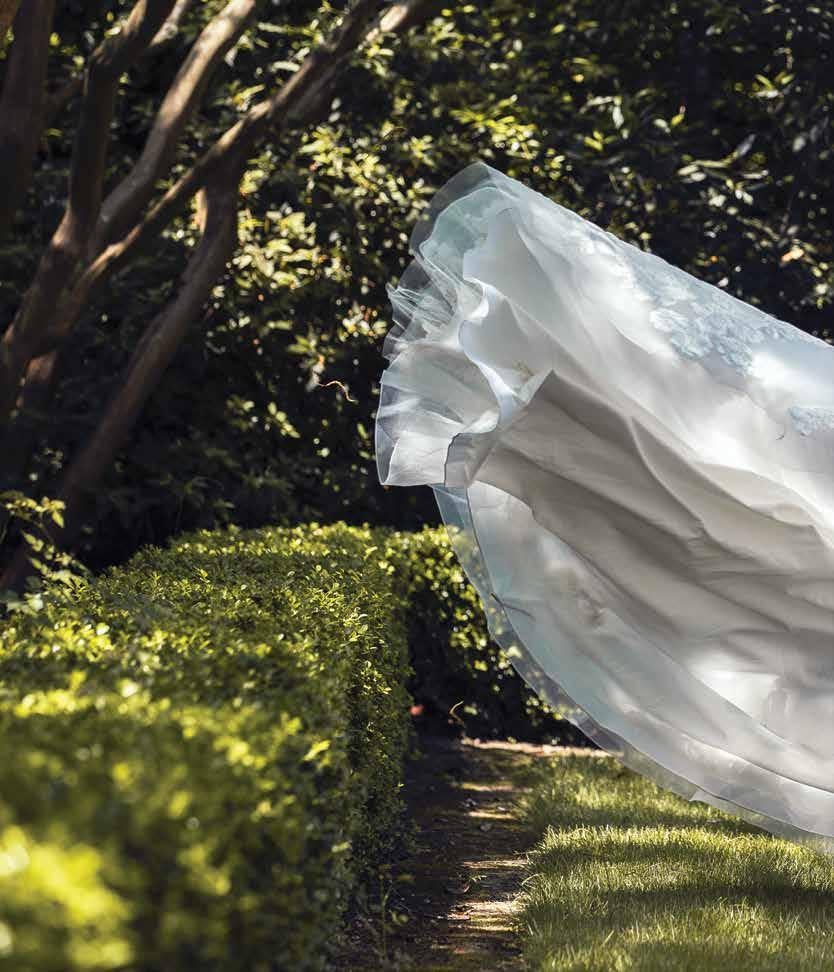 These gorgeous wedding dresses from HERS Bridal and Blush by Sadie C’s offer dreamy designs perfect for your big day. 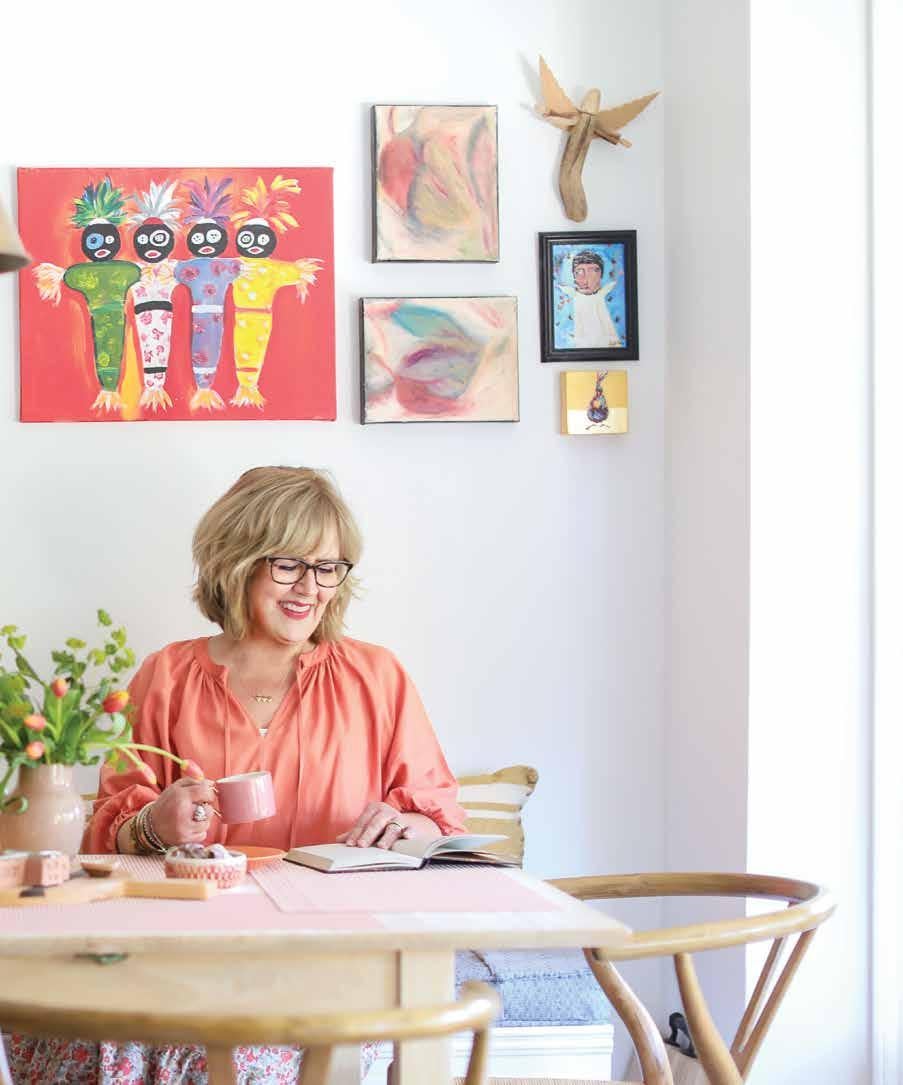 Stuart Keith Scalia is a Monroe girl, through and through. She balances a successful career with a robust family life, and still finds time to volunteer in the community that she loves with all of her heart. 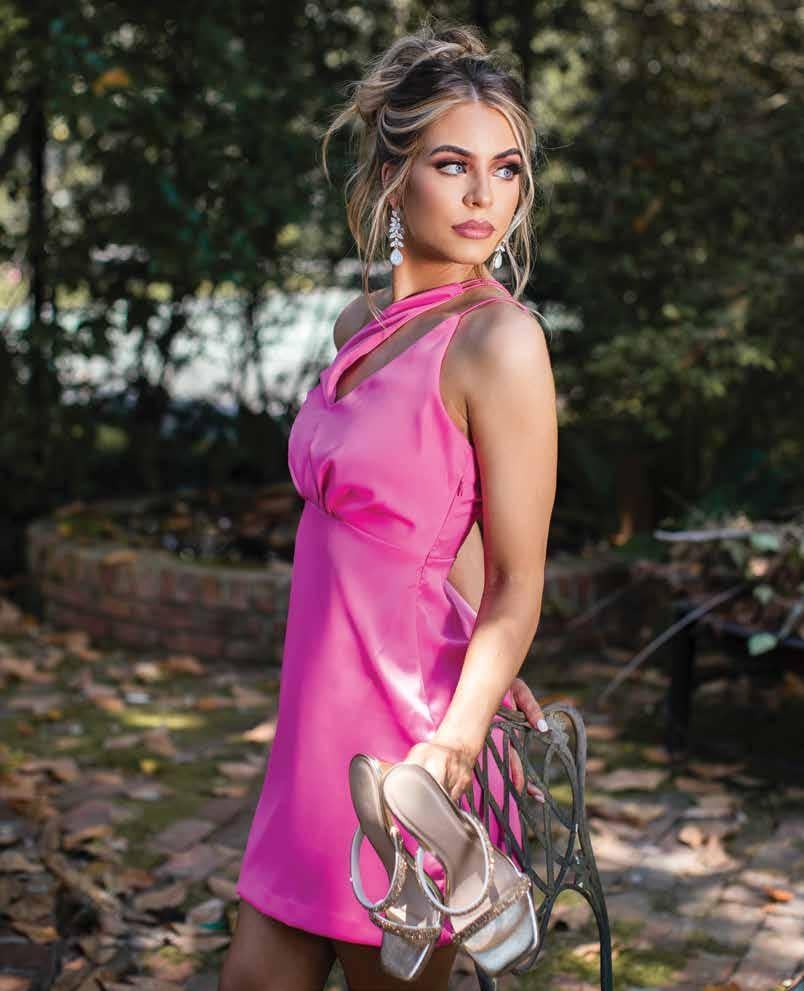 Searching for the perfect look for a summer wedding? Choose an outfit that is cool, yet classically elegant. Find these l and more at area boutiques.