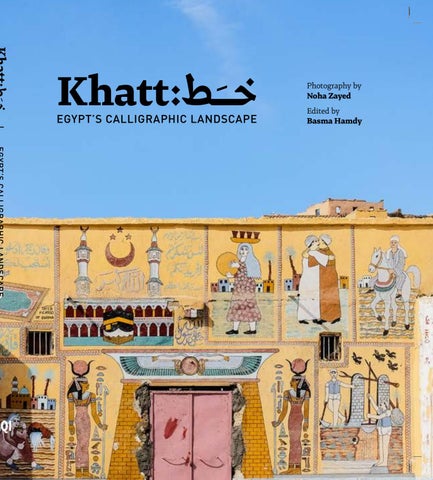 THE BRONZE INVENTOR Interview with Eleiwa by Ahmed Hammoud

SEMIOTICS: THE OTHER DIMENSION OF LETTERS AND WORDS Muhammad El Mahdy

When we talk about Arabic lettering, khatt, the images that first come to mind are of beautiful Arabic calligraphy, expressive, ornate, sophisticated and well-crafted. During the Pharaonic times, writing was considered the language of the gods, and writing in the Middle East still retains this spiritual connection to the invisible and divine world beyond. Arabic calligraphy remains the Arab and Islamic world’s most venerated art form, one that is steeped in spirituality and magical powers. On the other hand, when we think of the Egyptian landscape, a very different image is evoked; an image of spontaneity, urban sprawls and vernacular graphics of all kinds. Combining these two contradictory images of controlled beauty versus the mishmash of vernacular lettering and signs creates an interesting representation of Egyptian popular culture. Rather than focus on the aesthetic beauty of the craft of Arabic calligraphy, this book attempts to examine and underline the social and symbolic power of Arabic lettering, and to bring to light its integral role in the construction of a contemporary Egyptian visual culture. Here we discover a written urban landscape—at times static and at other times ‘on the move’, but always expressive and powerful.

Texts in public space are usually used to mark the name and function of certain places, from mosques to shop fronts and houses. They may be combined with symbols and iconic images (or turned into images). However, in Egypt (and in the Arab world at large), they also appear on moving objects: trucks, cars, buses, tuk-tuks (bicycle taxis), boats and carts of street vendors. The letters and texts act as protective talismans that safeguard prized belongings or people. They follow formulaic invocations that either express fears and superstitions, or are occasionally informative, poetic, amusing or thought-provoking. This colourful landscape in motion speaks in a multitude of voices; it displays a variety and diversity in styles and colours, from handwritten text to typeset fonts, from the most classical to the most playful contemporary lettering. In its static form, the lettering takes on scale and material as its means of experimentation, from traditionally hand-painted shop signs, hand-painted cinema posters and large advertising painted directly onto the (blank) walls of a building. The hands and skilled craftsmanship of the makers lends soul to the visuals, adding a dimension that can be experienced (or visually read)

independently from the meaning of the written text. The lettering is often wonderfully imperfect, versatile in composition and form. The lettering gives the impression of speed while being carefully and slowly drawn. The texts are eroded and affected by the natural elements and this lends them an aging grace and liveliness. The visual aspect of the letterforms is sometimes dictated by the material, built rather than drawn, and at other times, they simply follow organically and spontaneously the shapes of the surface on which they are written, filling every possible space. Hand-painted lettering and signs in Egypt (and the Arab world) are valued for their authenticity, inspire a sense of awe and command respect. They bring back a sense of nostalgia and a longing for idealised bygone times—namely, the pre-digital eras since the 1950s—when ‘modern’ mass media employed calligraphers to create newspaper headlines, lettering for shop signs, movie posters, advertising billboards, product ads, magazines and book covers. The diversity and availability of typefaces for typesetting then were limited (and still are relatively speaking), but the supply of skilled calligraphers was abundant and their creativity in devising innovative and freespirited styles was liberal. This lettering landscape constitutes a living record of Egypt’s popular visual culture. It is a visual heritage that is slowly disappearing from contemporary Arab culture, and with it the graphic lessons it embodies go undocumented and eventually become extinct. To document, analyse and pass on this knowledge to the generations that follow is crucial to the progress of future graphic culture in Egypt and the Arab world. The wealth of Egypt’s calligraphic landscape, as glimpsed through the images and texts in this book, testifies to the great significance of lettering to the lives, aspirations and beliefs of the people that inhabit this landscape. In this book, we are made to experience the power of written texts, their meaningful role in everyday life, and how they transform the public realm into a platform for cultural and personal expression. Khatt today presents the perfect challenge for balancing contemporary cultural identity with centuries of traditions and conventional beliefs, offering a means to build the present (and future) upon a solid past.

DR HUDA SMITSHUIJZEN ABIFARÈS is the Founding Director of the Khatt Foundation and Khatt Books publishers. Based in Amsterdam, her professional, cultural, and educational activities extend from the US and Europe to the Arab world. She holds degrees from Leiden University (PhD, 2017), Yale University (MFA, 1990), and Rhode Island School of Design (BFA, 1987). She is a member of AGI (Alliance Graphique Internationale) since 2015. She specialises in multilingual typographic research and design. She has published several articles and books on this topic. She supervises PhD candidates at Leiden University’s Arts Program and works as design curator, writer, designer and publisher.

And pledge/promise those who are patient. Minya PREVIOUS PAGES 6-7:

6. But Allah is the best guardian, and He is the most merciful of all merciful. [Qur’an:Surat Yusuf 12:64] Giza Corniche

20 While Islamic and Qur’anic references are a dominant theme, it is not uncommon to find Christian symbols and iconography in the Egyptian landscape. This truck is adorned with an illustration of the Virgin Mary, and peace doves. Cairo-Aswan, Western Desert Road

Al-Kayal for Horses / In the name of Allah / managed by the sons of the late Ahmed Abdel-Qader Al-Serogy / As Allah wills / Mohamed Al-Serogy (name with telephone number) / The Mayor Farid, like the wind. Daraw FACING PAGE:

1. Nobles Factory for Alabaster / And your Lord says, Call upon Me; I will respond to you. / But the bounty of the Lord - rehearse and proclaim! / [All] praise is [due] to Allah, Lord of the worlds (Qur’an). Luxor 2. Abo-Al-Qomsan Market / 01093429295 Bahaa (name and phone number) / Allah is the light of the heavens and the earth. (Qur’an) / Allah is great / Two full Qur’anic Suras are displayed: Surat al-Falaq & Surat al-Ikhlas . Luxor

BELOVED OF THE LOVED

IN THE NAME OF GOD

The ‘loved’ refers to the Prophet Muhammad

Two women converse in front of a shop named ‘Nile Center.’ Black graffiti reads: ‘The island is not for sale’ referring to the Warraq Island residents’ rumoured unconstitutional eviction as part of the of government’s takeover of the Island. Warraq Island

A man smokes a shisha, scrawled in the background is the phrase: ‘Manlihood is not easy’. El-Imam El-Shafei

Allah is the light of the heavens and earth. Al-Mousski

This is the shrine of Sultan AlFarghal, may Allah be pleased with him. Made by Ahmed Al-Laithy Al-Sabbak in Egypt 1343 AH. Abu Tig, Asiyut

This is the shrine of Sidi Abdel-Latif, God bless him, Year 1344 AH. Al Hussein

Pilgrimage to Mecca is a duty that mankind owes to Allah, for those who are able. [Qur’an: Surat Al’Imran 3:97]. Hajj Ragab Sayyed Hassan has completed his Hajj duty and visited the grave of the Prophet (PBUH) in the year 2004 (1424 AH). And his brother the Hajj Alaa Sayyed Hassan in 2009 (1429 AH). The Holy Kaaba. Luxor

The ‘Hajj’ or pilgrimage to Mecca is an important goal for Muslims around the world. In villages along the Nile bank in Egypt pilgrims commission local artists to paint the walls of their houses celebrating their sacred journey. These naïve and vibrant murals normally feature scenes of transportation to Mecca and wishes for a successful return. They mark the pilgrim’s house to distinguish it from others, which elevates his social status among the people of his village. Often, these paintings show religious scenes, including figures of prophets or mythical creatures such as the Buraq (the Buraq is said to have been the creature that transported the prophet on the sacred night of the Isra’a and Meraj). Other scenes show the pilgrim’s journey, depicting various forms of transportation such as camels, buses, planes and boats. There is no God but Allah and Muhammad is his prophet. Al-Kobaniya

Egyptian cities and villages abound with an enormous wealth of khatt, or calligraphic script, ranging from casual scrawls and scribbles to elaborately-painted colourful murals. These historical and contemporary versions of urban lettering, varying in surface, medium and technique, adorn mosques, shop-fronts, houses, trucks, boats, schools, tuk-tuks and walls. They are records of human existence, documenting expressions of hope, fears, dreams and anxieties.

BASMA HAMDY is Assistant Professor of Graphic Design at Virginia Commonwealth University in Qatar. Hamdy has exhibited and appeared at international art and design festivals and conferences, including Duke University’s Arts of the Revolution and Spielart Festival Munich. Her publications include Walls of Freedom: Street Art of the Egyptian Revolution. www.basmahamdy.com

Featuring beautiful and unique examples of these written expressions, Khatt is an extensive visual documentation of the found typography and calligraphy in Egypt, a calligraphy hub that possesses a rich tradition of education and production in the field. This timely volume records the traditional craftsmanship of hand-painted calligraphy, which is fast disappearing because of the digitisation of the Arabic script. Spanning cities across Egypt, and highlighting the history of Arabic script in the country, Khatt is a rich visual source-book, vital for designers, artists and enthusiasts.

NOHA ZAYED is a photographer and creative entrepreneur based in Cairo, Egypt. She co-curates the highly popular Instagram account ‘Arabic Typography’. Zayed has exhibited in festivals across the Middle East such as Dubai Design Week and the Sharjah Calligraphy Biennial. 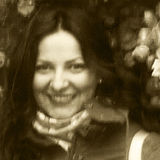