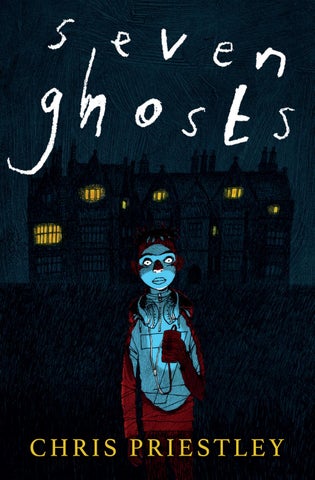 First published in 2019 in Great Britain by Barrington Stoke Ltd 18 Walker Street, Edinburgh, EH3 7LP www.barringtonstoke.co.uk Text &amp; Illustrations ÂŠ 2019 Chris Priestley The moral right of Chris Priestley to be identified as the author and illustrator of this work has been asserted in accordance with the Copyright, Designs and Patents Act, 1988 All rights reserved. No part of this publication may be reproduced in whole or in any part in any form without the written permission of the publisher A CIP catalogue record for this book is available from the British Library upon request ISBN: 978-1-78112-894-7 Printed in China by Leo

Jake heard the clapping and took his headphones off, letting them loop round his neck. He was standing in a group of maybe twenty other children in a large hall lined with mirrors and gold‑framed paintings. It was all pretty fancy. Jake checked his phone and leaned around the boy in front of him to look at the woman speaking. She was standing at the bottom of the huge staircase with polished banisters. “Good morning, everyone!” she said. “My name is Mrs Fox.” Mrs Fox looked at Jake and seemed to sigh.

“Phones off, please,” she told them. “Nothing ruins the atmosphere of a ghost story more than a jokey ring‑tone.” Jake muted his phone and put it in his pocket. “I will be your guide today at Grimstone Hall,” she added. Jake shuffled forward a bit to get a better view. Mrs Fox was a tall woman dressed in smart dark‑green clothes. She had pale skin and bright‑red lipstick and big glasses with black rims. Mrs Fox glanced at Jake a second time and gave him another funny kind of look. This made him frown, because who was she to look at him like that? She didn’t even know him. “You have been chosen from hundreds of entrants,” Mrs Fox went on as she looked back at the other children. “We felt your stories were the twenty best ghost stories sent to us from schools all across the country. The 2

Grimstone Hall Trust have been holding this ghost‑story competition for several years now. Each year we invite children to submit their stories, and our panel of authors choose the twenty they think are the best. This year they chose your stories. So give yourselves a round of applause.” The group of children paused with embarrassment for a moment, then did as they were asked. Jake joined in, and Mrs Fox clapped too. The children stopped clapping when Mrs Fox did. “Now on to the business of today,” she said with a smile. “As you all know, Grimstone Hall is thought to be the most haunted house in England.” A ripple of excited murmuring went round the group. Jake smiled. “But there’s something more important than that,” continued Mrs Fox. “I think we are the only haunted house where all the ghosts

are children. It’s rather special, don’t you think?” Jake wasn’t sure how special it was, but Mrs Fox didn’t seem to want an answer to her question. “I won’t overload you with history,” Mrs Fox went on. “I will just say that there has been a manor house on this site since the Middle Ages. The house you’re in today was mostly built at the end of the seventeenth century by the Gilbert family. A trust bought Grimstone Hall in 2002 with help from National Lottery funding. There had been another plan to make it into flats, but it never happened and the building began to crumble. It was vandalised and burgled. There was a small fire, but we managed to save the building in the nick of time.” Mrs Fox paused to let the children take this in. “Grimstone Hall became what it is now – a hugely successful hotel, conference centre and 5

venue for writing festivals. It seems there is no shortage of people who want to spend the night in a haunted hotel. People even get married here! An annual horror festival began here in 2005 and has been going ever since. Then the Grimstone Hall Trust decided to have a children’s festival too, and as part of that we hold our national ghost‑story competition. That’s where you come in.” Jake looked at the other children. They all looked just like he thought they would. Nice kids from nice homes. They looked like the kind of kids who couldn’t wait to put their hand up in class. The kind of kids who didn’t get into trouble. The kind of kids who probably didn’t even know what trouble looked like. He was already wishing he hadn’t let his English teacher persuade him to enter his story. “I am going to take you on a tour of the house and some of the grounds,” said Mrs Fox. “I’ll introduce you to seven ghosts and their stories. The ghosts might even appear to us. You never know.”

Two of the younger children at the front gasped. “I should add,” said Mrs Fox. “While many people have seen our ghosts over the years, you would still be very lucky to see one – or, rather, unlucky.” Mrs Fox smiled to herself. “Afterwards, you will all go back to your schools and write your own story inspired by our day together. The writer of the story chosen as the best will get our lovely trophy and some very generous prizes. So soak up the atmosphere as we go round and see if you can come up with a really wonderful story to wow our judges. Any questions before we begin?” A girl to Jake’s right put her hand up. “Jasmine, isn’t it?” said Mrs Fox, checking her list of names. “Yes, miss,” said Jasmine.

“What would you like to ask?” Mrs Fox went on. “Have you ever seen a ghost, miss?” Jasmine asked. A strange look came over Mrs Fox’s face, and she paused before saying, “Yes, I have. I have seen all the ghosts at Grimstone Hall.” The children gasped. Jake frowned. Really? It was easy for her to just say that she’d seen a load of ghosts, but did she have proof? “I will tell you about that later,” continued Mrs Fox. “If we have time. Come along. There’s a lot to see, and we are having a special lunch in the dining room at twelve thirty. The chef here is rather marvellous but also a bit frightening. He will get very cross with me if we are late.” Someone’s hand went up near to Jake. “Miss,” said the boy as he pointed to a mirror on the wall. “Why is this mirror cracked?” 8

Jake turned to look where the boy was pointing. Jake hadn’t spotted the round mirror that looked like a fish eye. It had a thin diagonal crack running across it. “Ah,” said Mrs Fox. “Well, Harry, I’m glad you asked. That is a rather special mirror. It came from a man called Dr Syrus. He was supposed to be a magician. But not the good kind. One of the owners of Grimstone Hall bought the mirror in an auction. He was very keen on objects and books with strange pasts.” “But why is the mirror cracked, miss?” said Jake. There was something about this mirror that nagged in Jake’s mind. Like a memory he just couldn’t grab hold of. “It got broken some years ago,” said Mrs Fox. “Before Grimstone Hall was open to the public.” “Isn’t breaking a mirror supposed to be bad luck, miss?” said Harry. 9

“Yes,” said Mrs Fox, nodding. “So they say. The mirror was believed to be cursed by Dr Syrus. Some of the trustees of Grimstone Hall wanted to replace the glass, but most felt it might be better to just leave it be …” Jake stared at the mirror. Why did it bother him so much? But Mrs Fox clapped her hands as he tried to think, and she started up the staircase. Everyone just watched her go. “Well, come on,” she said, looking back at them. “Follow me. We’ll begin with the roof!” The children set off after Mrs Fox up the grand staircase. Jake followed them but glanced backwards towards the mirror as he went. When they arrived at the very top of the stairs, the house seemed a bit less grand than it had at the bottom. There were no fancy lights or expensive‑looking furniture. The walls were plain and the floors were bare.

“This way,” said Mrs Fox, and opened a door to a darker staircase. “Don’t be alarmed. This passage is a bit of a tight squeeze and rather steep, but it doesn’t last for very long.” They started to climb. Jake was the last one to come out onto the roof. “Whoah!” Jake said as he stepped out. “It is rather high up,” said Mrs Fox. “Apologies if you suffer from vertigo, but we did ask on the questionnaire you all filled in.” Jake felt dizzy, but he couldn’t complain. He hadn’t filled in the questionnaire. He couldn’t see the point in it. Jake leaned back on one of the chimneys and tried to settle himself. He looked out over the trees and could just make out the top of his block of flats. The tree branches shivered in the breeze and seeing them move made Jake feel even dizzier. Something flapped past his head. Something white and blue. What was that? Jake shook his head. He needed to calm down. He was just freaked out by being this high up, that was all. 11

“Let’s begin,” said Mrs Fox. “The ghost I am going to tell you about has been seen many times over the years by many people. In 1874, a workman fell from this roof after seeing him. Over a century later, a visiting American general swore he also saw the ghost during an air raid in 1943. But our story starts at the beginning, in 1822 …”

Chapter one from Seven Ghosts by Chris Priestley 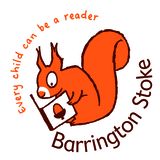