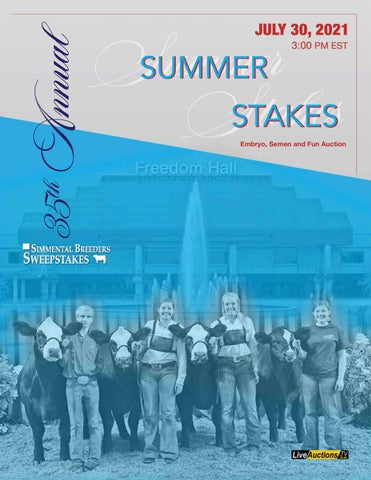 • In the 2016 show her full sister CCF Jestress B79 was selected Supreme Champion female and was Reserve Champion in 2017. Sugar and Spice will follow in the same foot steps and will be in the stalls and in the show. Spice was lot 1 in our spring sale and half interest sold for $20,000. This family is awesome and always produces that show winning style time and time again. This family has numerous backdrop winners at the Sweepstakes. Donated By:

• This is one of kind embryos that you only find at the Sweepstakes. Victoria has been to the Sweepstakes three times and collected three banners. This female is the only to accomplish this huge feat. Victoria was Reserve Grand as a calf in 2017, Grand Champion in 2018 and 2019 Grand Champion in the Jr Show in 2019. Offering choice of embryos by Relentless and Remedy. Donated By:

• 2 IVF Reverse sort female embryos. Here is Supreme genetics on both sides of the pedigree. 6976D was Supreme Champion overall breeds at the North American in 2017. At the same show Bankroll sired the 2019 Supreme champion female over all breeds. These genetics are hard to acquire and next to challenging part is getting to that level of Supreme champion. Half blood genetics at its best. The resulting progeny can be dual registered.

• 2 IVF Non Sexed embryos. Bandit has some Sweepstakes genetics is her family for sure. Bandit was Grand Champion in the Jr show and open in 2009 and went to win the Nick Overpeck Supreme award. This has been the only time two full sisters were Grand and Reserve. Sheza Looker has had her share of winners over years. Don’t worry these genetics never go out of style especially sired by Pays To Believe and Relentless.

• Two conventional sexed heifer semen embryos Echo was a popular champion in the Open Show at the Sweepstakes and earned banners at other shows as well. Echo was bred in the Windy Ridge program and was the high selling female. Echo is backed by the Oleo Fern Lass and her sisters and half sister have been sale toppers and champions. After her show career Echo is producing at a high level. Donated By:

• 2 conventional embryos out of the 2013 Grand Champion female at the 2013 National Western. The Hairetta family is no stranger to winners circle at the Sweepstakes or any other major show. The Fortune bull was a high seller at the Hartman bull sale and his progeny are praised by many breeders. You will continue to see his elite progeny. Donated By:

• 3 conventional embryos out the donor Rhythm. Rhythm started out as a high seller at the Ruby Cattle Co Livin the Dream sale. This awesome female went on to be selected as the Reserve Grand female at the AJSA National Classic for Kiersten Jass. This baldie continues to shine as a donor in the Circle T program and the progeny are highly sought after in todays market place. The Battle Cry progeny has been ago the sale toppers for many breeders. Donated By:

• 3 reverse sort heifer embryos out of the donor OBCC Wakanda 923B. Study all the animals in the extended pedigree. 923B goes back to great producing Liberty donor which is the grand dam of 923B. Liberty S600 produced the famous female that dominated the show ring, FBFS X-Clamation which was Reserve Champion the AJSA Jr National and Champion at the North American in the junior and open shows. OBCC Wakanda 923B has done good job for several programs. Watch for more top progeny at Red River.

• 3 sexed heifer embryos out of the big time donor Sandeen Donna 8302. This female got loads of attention at the Building A Brand sale and was claimed to the best every offered in Blakesburg, Iowa. 8302 was the top seller at the 2019 sale commanding $110,000. The Donna line has been successful for many breeders however Sandeen Donna 8302 maybe hard to top. Look out mated to Ft Knox and Relentless. Donated By:

• 3 conventional embryos out of the Reck donor. It is hard to make one sleek, feminine, and well balanced with the championship look. Yours Truly herself was Reserve Grand at the Iowa State Fair in 2012 and was calf champion in 2011. We have many sold many progeny of both sexes well. Two Loaded Up females sold for $6,000 and $20,000. This baldie Built Right donor will add to your Bankroll. Donated By:

• 2 conventional embryos out of one of few donors at Eichacker. A110 is a very impressive individual out of Lock N Load. No matter what you think about her name and such she has produced the top selling bulls for the last four years. CK Ranch the Efflings purchased ES Right Time a Welsh Dew It Right son out of A110. Limited semen has been sold averaging $1,000 or more. The sire Homeland was sold in the Bred For Balance sale for $51,000 selling to Black Summit, All Beef and ABS. On this mating you are getting in on the front end.

• 2 conventional embryos out of the Broker x Goldmine donor Plenty Roxy. Foxy is a donor we own with Clint Main and family. Foxy wears a halter well being a past champion many times. This donor is now in production and she is hitting a home run or even a few grand slams. 12E has the structure, bone, stoutness combined with the look and overall design. Donated By:

• 2 sexed heifer embryos. We are offering the pick of the inventory of seven

different sires. The Sequoia donor has been a high level producer for some time however this spring at the Werning sale a new record was set by her son by Bankroll commanded $202,000 and was purchased by Griswold and Gustin Cattle. In Werning bull sale 8 sons and one grandson were sold with commanding top dollars. This donor is phenomenal so you get the choice and we are glad to support the Simmental Breeders Sweepstakes even though we are in western Nebraska. Donated By:

• 2 conventional embryos sired by Primo and the Steel Force donor going back to the many time champion HF Serena. Not to many cows do what Serena has done and continues to each year. At each show whether the Sweepstakes or the Jr Nationals a daughter, grand daughter or even a great grand daughter pops up. One year at the AJSA Jr Nationals three daughters were in the top ten. Primo already has worked and will do again. Donated By:

• The Sweepstakes is proud and appreciates breeders donating and offering genetics out of past champions. Miss Matlock was a champion in the junior and open show in 2018. This baldie was impressive on show day and still continues to strike a pose however the best thing now is that she produces on a high level with offspring selling for prices. The sire is Something About Mary which is new and exciting with a strong calf crop on the ground. Mary is backed by High Regard and Brooks Steel Magnolia which produced the many time champ, Diamond. This family tree is deep rooted.

• The Welsh Night Lights is an outstanding Power Drive donor. This female has always been popular from a young age. As a young donor she was purchased by Sloup Simmentals and then made her way back to Billingsley and Welsh. Night Lights has done well for many programs and has worked on many different sires. Night Lights is a half sister to Dew It Right. Ft Knox is making a name for himself and these genetics will only add to your bottom line. Winning bidder could have choice of Remedy x Welsh Sazerac 213C, ASA#306487 Donated By: 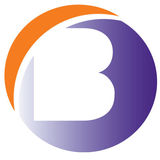