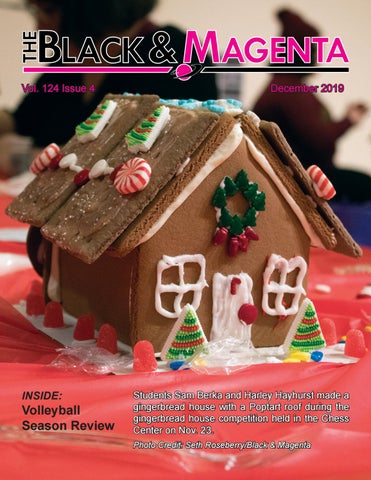 The New Concord Police Department officially welcomes new officer Krissy Hughes and Dana Parsons New Concord Mayor Brett Essex administered the oath of office to Norco, the New Concord Police Department’s new K-9 officer on Nov. 22. Officer Norco is a Belgian Malinois puppy. Norco’s first unofficial day began Nov. 19 as Traub and Norco performed narcotic runs through New Concord. Norco was officially sworn in Nov. 22 in the basement of Village Hall. Norco was given an officer badge, meant to be worn on his collar. Earlier in the month, Norco had gone through all his training with Merry K9 services located in Zanesville. He had passed all his requirements along with his state training. He has been living with Officer Traub and his family for a few weeks now. Officer Traub has continued to work with Norco on his narcotics detection skills. “I have all the more respect for the training the dogs go through,” said Traub. Chief Mindy Peck has been wanting a K-9 in New Concord since she started on

the department. “This is something I’ve seen a need for and I thought what’s the best way to keep the drugs out of the village? It’s a drug K-9. So, that’s what I pushed for. I’m thrilled. It’s a big accomplishment for the village,” said Peck. The NCPD wants to have an event for the community of New Concord to meet Norco, but doesn’t have an exact time and place. When this event occurs, the department wants to inform the community that Norco isn’t a pet, he is an officer and that’s how he was trained. He gets nervous around big crowds, but is friendly. Donations can still be made to the K-9 fund at Village Hall or to the Muskingum County Community Foundation located in Zanesville. Funds will go towards costs such as veternarian visits, food, and vehicle costs. To donate or to ask questions about the program and K-9, contact Village Hall at 740-826-7671.

Dana Parsons/Black & Magenta Officer Norco was very playful during his official swearing in at the Village Hall. Norco is still a puppy, full of energy, but is ready to patrol the village.

Dana Parsons/Black & Magenta These cups were three of many ceramics by students and featured in the art show. The cups were

Dana Parsons/Black & Magenta This piece, by sophomore Thomas Hancock, is named “The Garden of Eden - Oscilloscopes.” The piece included computer screens and painting.

Dana Parsons/Black & Magenta Many black and white sketches were featured in the student art exhibition. The show was also a competition with awards being given to students with the best works.

Jennings Java returns to campus Katelyn Mohler Chief Reporter Hosted at Muskingum University’s Boyd Science Center, the owners of Jennings Java coffee talked with students, faculty, and attendants about the history of their local business and advice on how students can get started on their own goals. Jennings Java is a local coffee business that was born out of a Muskingum University dorm room. The presentation was kicked off with the introduction of the discussion of Ignite Zanesville, a branch of the Ignite Initiative, who helps start up small businesses and companies in local areas. The speakers stressed to students they are now at the right age to explore ideas on entrepreneurship due to flexibility in

their schedules and already having support mechanisms. Daniel Jennings and AJ Kazmierczak, owners of Jennings Java, discussed how the inspiration to start working with coffee got started, some of many things they branched out into since first starting Jennnings and Kazmierczak talked about the events that helped to get Jennings Java’s name out there and helped grow the business, and partnering up with Chapman’s Coffee House. They stressed the importance of time management and staying organized to students. Jennings and Kazmierczak recommended students should write down goals and take advantage of the many opportunities they can find at Muskingum University.

‘What is your favorite thing to do during the wintertime?’

“I like to stay warm with hot chocolate and cuddling with my cats,” said student Hilllard.

“I like lying in bed watching TV,” said student Double.

Photo by Muskingum University Beth Fox, lecturer of Health Science for over 17 years, has been involved in organizing the annual Christmas Adopt-a-Child for the campus community. The event has taken place on campus for 20 years.

Audra Wills Staff Reporter During the holiday season, the annual Christmas Adopt-a-Child took place at Muskingum University campus for the 20th year. Individuals, organizations, and departments on Muksingum’s campus can adopt a child and get gifts the children would like. The Adopt-a-Child program started 40 years ago in the community for one family who could not afford presents for their children. So, one local woman gathered donations to provide the children with gifts. Since then, the program has grown and was able to help provide Christmas presents for approximately 500 children in the Muskingum County area last year. Names and gift ideas for every child in

the program were provided by local school teachers, community members, churches, and organizations like Big Brothers Big Sisters. People interested in providing a child with Christmas presents were given the child’s age, interests and some gift ideas to help provide presents for local kids in need. “There are many ways to give during this season and throughout the entire year, and the overwhelming support from our campus this year has been outstanding,” said Beth Fox, lecturer in Health Science and campus organizer for Adopt-a-Child. The number of children who were impacted grew over last year’s with a total of 740 children provided with gifts to fulfill their holiday wishes. Volunteers will deliver the presents before Christmas.

len, is a cheerful and often confused character who is never far from his best friend. Guildenstern, played by Jakob Goins, is the playful, take charge of the two, who often laments the strange happenings that go around the duo. The two are often accosted by The Player, acted by Aliyah Guthrie, and their troupe of actors who claim expertise in all things death, tragedy, and gaudy. Rosencrantz and Guildenstern are often confused about the plots and plays that goes on around them, and the two tend to even forget who they even are half the time. The two main characters soliloquies about chance, fate, and how to grapple with

their own mortality. Rosencrantz and Guildenstern are pulled and dragged along with the momentum of the famous Hamlet tragedy, and are ultimately unable to escape their fate. “A play of absurdist humor, fate, and the nature of death, this was a laugh for the whole audience, and a fun follow up from the tragedy of Hamlet.” Don’t forget to check out the upcoming Muskingum Theatre productions including ‘Fortinbras,’ held Feb. 13-16 and ‘Living Dead in Denmark’ held April 2-5 in the spring semester.

Katelyn Mohler/Black & Magenta Jakob Goins, Aliyah Guthrie, and Elizabeth Allen played Guildenstern, Rosencrantz and the Player, who knew about their upcoming death while the other two didn’t.

Looking for a past issue of the Black & Magenta? Visit Issuu.com to see previous issues of the newspaper!

Sports Muskingum University volleyball concludes best season in 20 years Will Ford Sports Director The 14th-ranked Muskingum volleyball team had its best season in 20 years, finishing 27-4 overall and 8-1 in the Ohio Athletic Conference (OAC). The Lady Muskies claimed a share of the OAC regular season championship for the first time since 1999. In the OAC tournament, Muskingum lost in straight sets to the Otterbein Cardinals, 21-25, 15-25, and 19-25, in the semifinals. Despite being upset by Otterbein, the Lady Muskies earned an at-large bid into the NCAA Division III Volleyball Tournament. Muskingum played in the Regional section hosted by Calvin University in Grand Rapids, Mich., marking the 10th time in the program’s history and the first since 2008 that the Lady Muskies qualified for the NCAA tournament. In the first round of the NCAA tournament, the Lady Muskies played against the Wittenberg Tigers, who the team defeated

in the regular season in four sets. Muskingum tamed the Tigers once again, winning in four sets, 21-25, 25-21, 25-23, and 25-17. Junior outside hitters Brooke Fatheree and Maddie McGee led the way for the Lady Muskies with 18 and 13 kills. Junior setter Erin Dickson directed Muskingum’s offensive attack with 38 assists, and junior libero Jessica Cottle held down the defensive backline with 27 digs. The victory over Wittenberg gave the Lady Muskies their first NCAA tournament win since 1999. The Lady Muskies advanced to the Regional semifinal round to take on the Hope Flying Dutch. Muskingum dominated Hope in their early regular-season matchup at the Carnegie Mellon Invitational, winning in straight sets. In the second round of the NCAA tournament, the match was far more competitive. Muskingum dropped the regional semifinal bout in five sets to Hope in Grand Rapids, 25-22, 19-25, 25-23, 21-25, 11-15.

Key players for the 2019 season

Received First Team All-OAC honors Led the Lady Muskies with a team-best 367 kills on the season, averaging 3.31 kills per set Ended the year second on the team in digs with 390 and first in points with 377.5. Ended the year ranked second in the OAC in kills and tied for second in kills per set. Recorded her 1,000th career dig, 1,000th career kills, and moved to fifth all-time in career kills with 1,118. Earned OAC Volleyball Player of the Week accolades twice this season.

Won First Team All-OAC awards, guided the Lady Muskies with a team-high 979 assists, placing third in the OAC. Fourth in the conference in assists per set with 9.32. Tallied in 84 kills, 220 digs, and 26 total blocks this season. Climbed to fourth all-time at Muskingum in career assists with a 2,948 total. Has racked up 255 kills, 57 service aces, and 106 total blocks.

Dana Parsons/Black & Magenta Junior Erin Dickson sets for junior Jada Briggs in the middle of the floor during their game against Marietta. Dickson had 979 assists this season.

Is a Second-Team All-OAC recipient Finished second on the team with 318 kills, putting her at seventh in the OAC. Seventh with 3.12 kills per set, as well. Tallied 68 digs and locked in 45 total blocks in her time at Muskingum.

Photos above courtesy of the Muskingum University Athletic Department

Dana Parsons/Black & Magenta The women of the Muskingum University Volleyball team huddle up in ancipation for their game against Marietta. The Lady Muskies won in straight sets. 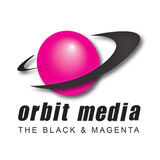