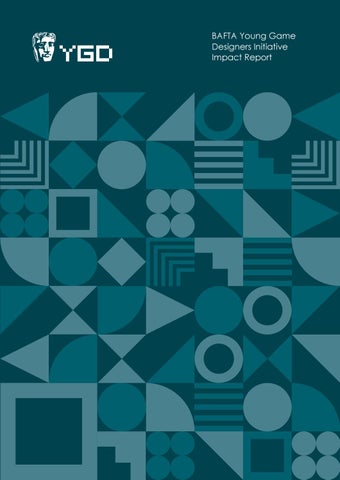 01 Overview YGD (Young Game Designers) is one of the cornerstones of BAFTA’s charitable activity. It provides young people, and their teachers, unique access to the games industry and top professionals via competitions, online teaching tools and social networks. By encouraging young people to understand the art and craft of games creation and development, we’re helping safeguard the future of the British games industry. The three branches of the YGD initiative The YGD initiative is a year-round programme of public events, classroom workshops and a competition open to 10 -18 year olds, which culminates in our annual YGD award ceremony to celebrate the finalists. YGD encompasses a wide range of engagement across three main branches within the initiative: Outreach programme Increasing awareness of game design as a career, and improving digital skills in young people, teachers and parents. Promoting positive examples of how game design can help young people’s confidence, social skills and technical abilities.

2,600 Approximate number of young people who engaged with either the 2019 competition or YGD activities during competition submission period (November 2018 â&#x20AC;&#x201C; March 2019)

(Workshops continue to take place throughout the year independently of the competition, so this number is a modest approximation based on the competition timeline)

The Game Concept category was the most popular among young women, with 42% of entries

subscribers to the YGD newsletter

Press Press coverage of the 2019 ceremony reflects strong regional interest in the competition, most often as a result of the nominees’ local press running stories. Additionally, a major broadcast piece on Newsround and the story on leading trade publication Variety significantly boosted the global reach figures. The sentiment of the coverage is largely positive, portraying an optimistic view towards young people’s interactions with games.

(peaking at the time of awards) The Game Making category nearly doubled in entries on 2017/18, 19% of which were from young women

My year with BAFTA YGD has been so inspiring and confidence-boosting, from attending BAFTA events, to studio tours, to meeting industry professionals. I have gained so much insight and advice for getting into the games industry I’ve never been more excited about making games! To everyone who entered this year: keep going! What’s most important is what you have gained and learned from this experience. If you’re a winner or finalist, make sure to use and learn from BAFTA’s opportunities. If you didn’t make quite make it there, use everything you’ve learnt and the skills you’ve gained from taking part in YGD, and just keep going. I can’t wait to see what you all make next!”

Above: Artwork for Water the Crops by James Lindsay; Opposite page: Artwork for Creatively Bankrupt by Elizabeth Orji-Smith, and Elizabeth winning the Game Concept award in 2019.

The YGD competition provides us with an annual opportunity to see trends and themes that are important to young people. We are also able to see how the games industry impacts them through their design choices in genres, themes and mechanics. Every year we note the trends witnessed in our YGD competition entries and map them against our nominees and winners from the British Academy Games Awards to see if we can link influences from mainstream media. For example, in 2017 we observed a lot of Steampunk influences in the work of older entrants, which heavily referenced games like BioShock (which celebrated its 10th anniversary this year) and Dishonoured. The inclusion of strong female characters, or the option to

play as a female character instead of the usual male protagonist, was often included in these sorts of game submission.

In 2018, animals were popular among younger entrants (cats, in particular). Robots/mech-hybrid creatures and humans were also referred to regularly. 2018 also saw the release of games such as The Legend of Zelda: Breath of the Wild and Horizon Zero Dawn. We are also interested in how wider social issues can influence the themes we see entering into the competition. For example, in 2016 there was a noticeable increase in the number of disabled protagonists or supporting characters, which was most likely an effect of the 2016 Paralympics, and Channel 4’s ‘Year of Disability’. 2019 saw a large number of entries that focused on environmental issues, including climate change, pollution, endangered species and, in particular, the protection of the ocean. This can almost certainly be attributed to the rise in popularity of nature documentary series, such as Blue Planet II and the notable ‘Attenborough Effect’ witnessed in the media over 2018-2019 in a campaign to reduce plastic waste, particularly that which ends up in the ocean.

From 2016 onwards, we have seen a steady rise in themes of sexuality and LGBTQ recognition. In 2016, this was often in the format of story-driven games that required the player to make powerful decisions that would affect the protagonist. This coincided with the release and subsequent BAFTA win for Life is Strange.

04 Outreach The YGD outreach programme aims to increase awareness of game design as a career and improve digital skills in young people, teachers and parents. One of the core values of the programme is to promote positive examples of how game design can improve confidence, social skills and technical abilities in young people. Workshops for young people Workshops are more successful when we separate the different age groups (10-14 and 15-18 years). We tend to adapt the workshop based on the attendees present, focusing more on worksheets and games for the 10-14 year olds and doing more of a careers panel or Q&A sessions with some design activities for the 15-18 year olds.

Relaxed Sessions have been offered on a regular basis at the Norwich Gaming Festival and The Young Developers Conference (Bradford) as well as one-off events with games studios, private groups and charitable organisations. Parent/teacher workshops The majority of entries to the competition come from school submissions. We believe that young people are more likely to succeed if they have the support of a parent/guardian or educator who inspires them in their journey. Our workshops aim to support educators on how to speak to young people about games and use our resources to engage creativity both at home and in the classroom. Our annual YGD Mentor Award is presented to an inspirational individual involved in the education of young game creators in the UK.

Relaxed Sessions Over the last two years, we have introduced ‘Relaxed Sessions’ to our calendar of events, which are aimed at those who favour quieter surroundings. In the last year, we have worked with young

Above: TRH The Duke and Duchess of Cambridge visit Abertay University Dundee to meet the winners of the YGD awards in 2015.

The workshops that YGD hold are tremendous resources for young people looking to get involved in making games, but might be unsure how to best start. Making a game for the first time is a valuable learning experience, but it might also feel very intimidating.

For me, YGD is an opportunity to try and share the experiences I’ve had and to encourage students when they might not always get that support from other sources. I hope to continue to be involved, because it’s simply a fantastic program.” Zoë O’Shea, Game developer & YGD workshop speaker

Quotes from teacher workshop feedback forms “Re-evaluating my approach to planning my coding/gaming development sessions.” “Very inspired! Can’t wait to put into practice the card game!” “Interesting speaking to people that have supported pupils through BAFTA and speaking to other teachers about how it could relate to their subjects.” “As someone who has taught games design, there is a limited genre of game that the students come up with. The cards are a very good idea.” “Very well organised and reachable for teachers who don’t code.” “Offered lots of creative ideas about how to use games within the school environment. Lots of ideas and I like the free resources!”

I’m always impressed by the level of engagement from the students who attend these workshops; they really want to know how they can turn their passions into careers. The ideas we see are so diverse, exciting and fun.

From a parent’s perspective, Spruce’s YGD year has been simply incredible. It has offered him a range of unparalleled opportunities which he wouldn’t possibly have been exposed to otherwise, and provided a fantastic and targeted introduction to the games industry. It has also been incredibly supportive - we have felt throughout that BAFTA has been simultaneously identifying unique avenues through which Spruce’s talents might be nurtured and developed, and safeguarding his interests - both personal and commercial. The ‘BAFTA family’ is a wonderful thing, with which we feel very lucky to have been associated. The award has developed Spruce’s games-related talents, but over and above that it has also helped him to develop many other wider-reaching life skills, such as team work, self-confidence and organisational abilities.”

05 Educational resources The YGD initiative produces a range of educational resources that are updated and reviewed regularly by active games industry members. These include: Worksheets, lesson plans and supporting videos Found in the ‘Resources’ section at ygd.bafta.org and aimed at supporting entries into the YGD competition.

Teacher support We also provide support for teachers to help them enter their pupils into the competition. This includes a teacher login system to manage their pupil entries, letters to parents and advice on encouraging pupils to adhere to the PEGI12 rating system.

The YGD ‘Idea Generator’ card game Come up with instant game ideas by combining cards based on different game elements, such as environment, rules and goals.

06 Future plans There has been a huge surge in interest from the media and education sector around young people and how they interact with games. We are keen to continue to showcase the positive stories and incredible talent that the YGD initiative attracts. We are currently partnered with the Yorkshire Games Festival to help provide content for the Young Developerâ&#x20AC;&#x2122;s Conference at the Bradford Science and Media Museum, which takes place annually in February.

We are also eager to continue to develop our educational resources for the classroom alongside industry professionals to ensure these remain relevant within the games sector. 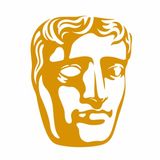 Impact Report from BAFTA's Young Game Designer's scheme, highlighting activity and statistics from the past year.

Impact Report from BAFTA's Young Game Designer's scheme, highlighting activity and statistics from the past year.