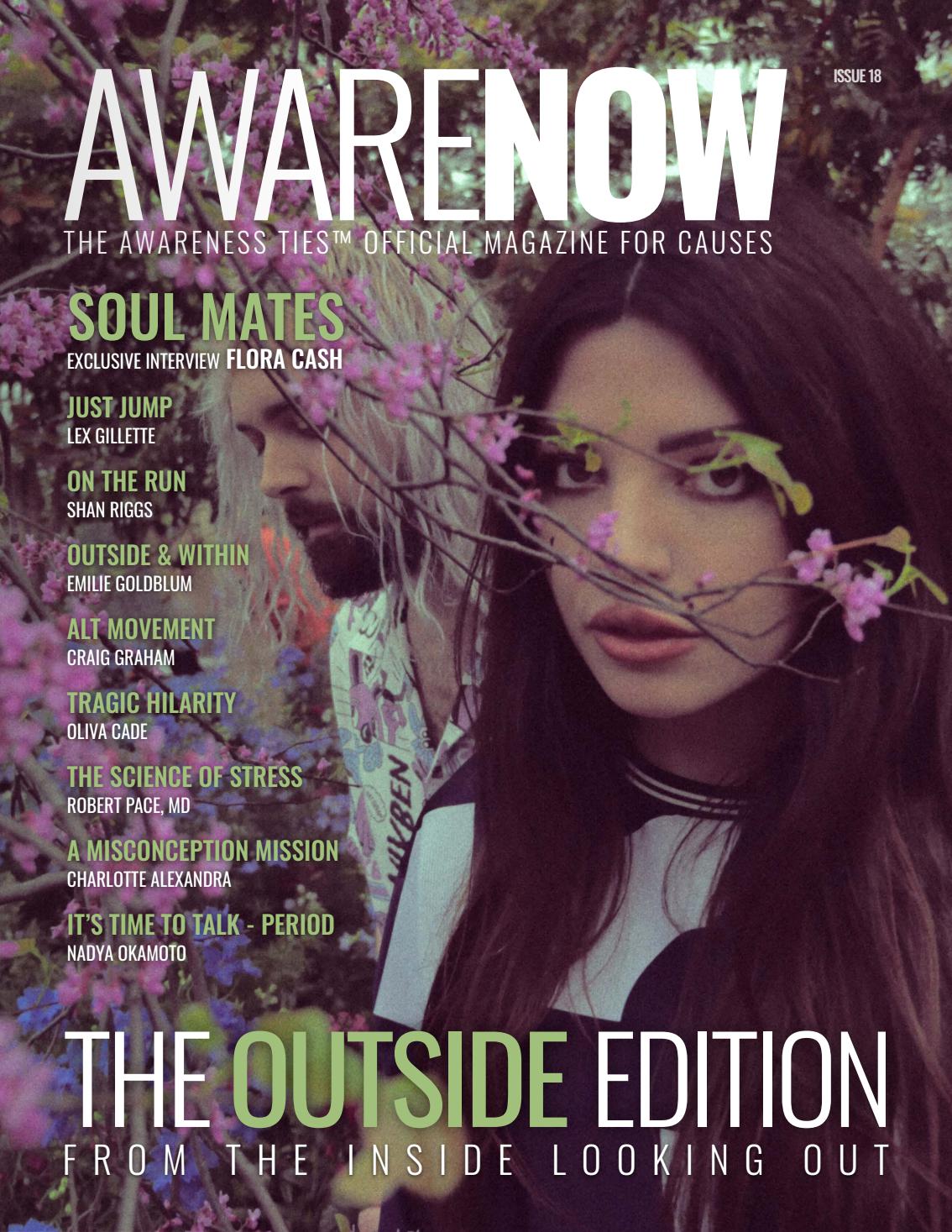 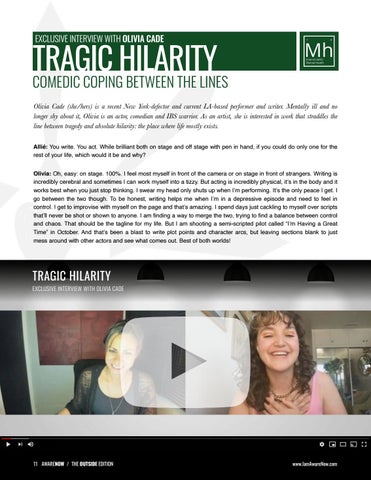 COMEDIC COPING BETWEEN THE LINES Olivia Cade (she/hers) is a recent New York-defector and current LA-based performer and writer. Mentally ill and no longer shy about it, Olivia is an actor, comedian and IBS warrior. As an artist, she is interested in work that straddles the line between tragedy and absolute hilarity: the place where life mostly exists.

Allié: You write. You act. While brilliant both on stage and off stage with pen in hand, if you could do only one for the rest of your life, which would it be and why?

Olivia: Oh, easy: on stage. 100%. I feel most myself in front of the camera or on stage in front of strangers. Writing is incredibly cerebral and sometimes I can work myself into a tizzy. But acting is incredibly physical, it’s in the body and it works best when you just stop thinking. I swear my head only shuts up when I’m performing. It’s the only peace I get. I go between the two though. To be honest, writing helps me when I’m in a depressive episode and need to feel in control. I get to improvise with myself on the page and that’s amazing. I spend days just cackling to myself over scripts that’ll never be shot or shown to anyone. I am finding a way to merge the two, trying to find a balance between control and chaos. That should be the tagline for my life. But I am shooting a semi-scripted pilot called “I’m Having a Great Time” in October. And that’s been a blast to write plot points and character arcs, but leaving sections blank to just mess around with other actors and see what comes out. Best of both worlds!

11 AWARENOW / THE OUTSIDE EDITION