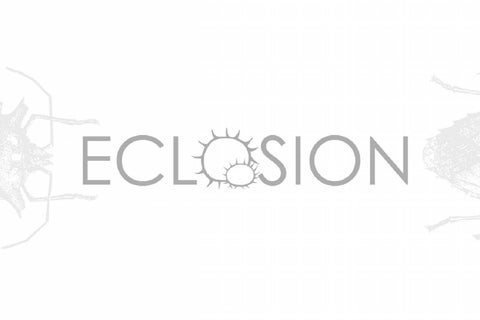 Our mission is to provide a friendly environment to make science more accessible to everyone through science-related visual arts exhibitions, to foster the careers of emerging and established artist-scientists, and to provide professional development opportunities for scientists to become more engaging public communicators.

All works represented in this catalogue are used by permission, with all copyrights reserved by the artists. Works may not be reproduced. CopyrightÂŠArt.Science.Gallery.,Austin,TX,2013 All Rights Reserved. FIRST EDITION.

by Barrett Klein ECLOSION is the emergence of an adult insect from its pupal case, and represents a metamorphosis from one form to something remarkably new. If a work of art can be said to metaphorically eclose from the mind of an artist, what can we learn about human culture from a history of art inspired by insects? Let’s consider a history of “entomo-art,” traveling back through time to hunt down sources of inspiration, and to discover who the very first entomo-artist might have been. The theme for ECLOSION is taxon-focused; the exhibit is a collection of some of the most accomplished, exquisite works by contemporary artists finding their inspiration from insects. Thanks to the efforts of Hayley Gillespie and her team, and to our esthetically-minded jury of entomologists, we purposefully selected works that feature insects – animals with six jointed legs and a chitinous exoskeleton (Insecta, within Domain Eukarya, Kingdom Animalia, Phylum Arthropoda) – at the exclusion of their close relatives. Considering that insects have successfully inhabited nearly every biome and their numbers and varieties have overwhelmed humans since we first entered their well-established arena, we felt comfortable with this humbling focus. Now, back to our query: Where are the sources of innovation in entomo-art, and who was the first entomoartist? Today, many artists incorporate insects in their work, evidenced by the hundreds of submissions to ECLOSION. The motivations for including insects are many and varied, and the media used are equally diverse. Some artists choose to include actual specimens or anatomical parts, products of insects, or traces left by insects1,2. Other artists depict insects on a continuum from the hyper-realistic to the bafflingly abstract3, from

still lifes to surreal dreamscapes4,5. Below, I mention a few of these contemporary artists with hints of their inspirations, recent and ancient. Steven Kutcher is an entomology consultant, insect wrangler, and educator who collaborates with insects to esthetically record their perambulations across canvases. Kutcher purposefully intervenes with external stimuli to affect insect movement patterns, while other artists have simply followed their paths using a blue ballpoint pen (Jan Fabre, Belgian Caddisfly larva (Order Trichoptera) adorned with mastermind behind the Palace of Brussels’ elytra-covered Mirror its newly-constructed, jeweled case (2.5 cm Room) or red chalk (Yukinori Yanagi, Japanese creator of long). Photo by Frédéric Delpech. Reproduced politically-charged ant farms). Another contemporary insect with permission from artist Hubert Duprat. collaborator is Hubert Duprat in France, who coaxes his immature caddisflies to construct their protective cases out of pearls, gemstones, and gold, and Kazuo Kadonaga in Japan, who looks to ancient sericulture methods when orchestrating moth larvae to produce large-scale works of silk. Cornelia Hesse-Honegger is a Swiss artist who was compelled to explore the mutagenic effects of nuclear power plants and Agent Orange by first illustrating drosophilid flies purposefully poisoned with mutagens at her work place. Her realistic depictions of asymmetrical insects are simultaneously pieces of art, promotions of environmental awareness, and tools for education. Also motivated by education, the Italian exhibit maker Lorenzo Possenti creates gargantuan three-dimensional insects for natural history museums, exceeding the quality displayed by some of museums’ great historical insect exhibits. The media have changed, but Possenti carries on a grand tradition of display-making realism. Bill Logan is another champion of three-dimensional

insect fabrication, having tied hyper-realistic fly-fishing ties of immature insects. Logan, as with other fly-tiers, is following a different tradition, one based on recreation and survival bent on the effective sculpted mimicry of insects. Karen Anne Klein has featured insects in her work for decades, and has recently showcased them in physical cabinets, inspired by the cabinets of curiosities of old. Like some of these Wunderkammer, her eclectic arrangements reflect a personal organization of the world, of the vastness and complexity of nature. Cabinets of curiosities also inspire Jennifer Angus, who looks to Victorian designs when assembling intricate arrangements and playful modifications of her specimens.

Each piece by our ECLOSION artists deserves discussion, from the hypnotic videos by David Montgomery and Donna Conlon to the anatomically fanciful sculptures by Elizabeth Goluch and Damond Kyllo, but we would be deviating from our quest to uncover the origins of inspiration and the original entomo-artist.

With minimal hunting, one could find a trove of art featuring insects spanning every movement in the history of Western art6, and among the relicts of ancient civilizations around the world7-9. Above, I have provided examples from the eclectic realm of contemporary entomo-art, and hinted at the array of influences dating back tens, hundreds, even several thousand years.

Continuing with our time-traveling venture, let’s uncover sources of inspiration for insect-based art beyond these relatively recent times, into the darkly ambiguous period of prehistory. Travel back ca. 8000 years to the Cuevas de la Araña (Cave of the Spider) in Spain and enter the studio of a cave painter depicting a human robbing honey from a hive of honey bees. Keep traveling to witness a Neolithic human, hunkered over a bison bone while carving the image of an orthopteran insect11. Humans may have created art for at least 100,000 years10, and pictographs and petroglyphs of insects have existed on several continents7 for varying fractions of this time. Identifying the first entomo-artist or insect-inspired work of art is as implausible as identifying the earliest fossilized individual of any taxon. For each cave painting or bone carving of an insect, its precedent may await discovery or have irreversibly suffered the ravages of time. Is this where our search ends, shrouded in a mystery of prehistory?

Standing on the shoulders of giants12

Neolithic bison bone with carvings (ca. 10 x 5 cm), including one of an orthopteran insect pictured at position 5. Modified from Bégouën & Bégouën 1928.

Every artist has a unique touch and interpretation, although no artist lives long or far from the vast village of giants who offer greater sight. Every artist is influenced by thoughts and actions that have come before. The giant on whose shoulders other giants and still other giants stand? The original giant is arguably the wee insect itself, representing a hundred myriad described species of various color, shape, and form, performing strange and beautiful acts of architecture, courtship, and metamorphosis. Insects

are dancers, mimics, and exhibitionists. Although what we largely observe are populations and products shaped over time by natural selection, individual variation in form and behavior is obvious when we look closely enough. If art demands individual esthetic expression, is it not possible that the biology underlying some of the individual variation is the product of esthetic sensibilities? Mate selection, for example, relies on courtship cues that render one signaler as more attractive to a mate than another. Mate selection involves selection guided by a personal esthetic. If choice of expression is not at play and we donâ&#x20AC;&#x2122;t consider the evolutionary esthetics of insect form and function, we can at the very least embrace the beauty found among the insects and celebrate the artists who have chosen to extract lessons from, and to explore the power, the diversity, and the unique qualities of the most diverse lineage of jointed-legged, exoskeleton-bearing animals. I thank the artists who have shared their insect-inspired works, and eagerly anticipate the future artistic visions prompted and provoked, piqued and triggered by insects.

Barrett Anthony Klein is an entomo-artist at www.pupating.org and an Assistant Professor of Biology at the University of Wisconsin at La Crosse. 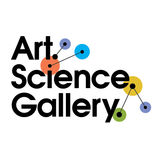 Works by 43 artists from the United States, Portugal, Italy, Panama, Canada and the UK from Art.Science.Gallery.'s juried exhibition of inse...

Works by 43 artists from the United States, Portugal, Italy, Panama, Canada and the UK from Art.Science.Gallery.'s juried exhibition of inse...