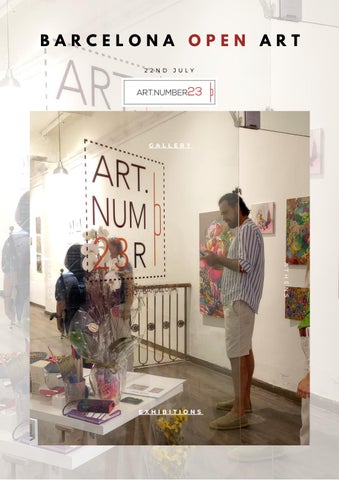 DENITSA MIHAYLOVA IG: @denitsa.mihaylova.art Denitsa Mihaylova is an artist from Sofia, Bulgaria. She graduated her Master degree in 2004 in the National Art Academy of Sofia, specialty “Interior design for children”. She worked in the field of interior and product design but continues to develop as a painter. Denitsa organized a few solo exhibitions and she participated in different group exhibitions and art projects in Bulgaria and abroad. Some of them are: Second Biennial of Bulgarian Design 2011, Sofia Architectural Saloon 2011, Florence Design Week, Italy, 2012, Autumn Auction for Contemporary Art, Contrast Gallery, 2020, National exhibition in Sliven, 2021, Artnumber 23, Athene, Greece and many others. In 2020 she took part in the organization of the First Contemporary Art Expo Artko-19 and also participated in it with her own stand. A member of the Union of Bulgarian Artists. A painter with an extreme sensibility to the colors, Denitsa Mihaylova is exploring in her paintings fragments from nature and the world that surrounds us. The bizarre and sometimes invisible to the man elements become the main object of her work, refracted through the prism of her personal perceptions. They embody a deep and inner world that stays out of people&#39;s sight. That is why with her art Denitsa tries to reveal it to them with all its beauty and charm.

MYFANWY WILLIAMS IG: @myfanwyw Myfanwy’s work is concerned with land and seascapes, and addresses the human condition, even though her paintings are rarely figurative. This present series, entitled Mountain Sea, deals with issues that affect everyone, such as climate change, migration and travel. The interaction between the physical landscape and mankind is explored as a journey in her work. Colourful expressionism is an important part of her art. She loves to use the saturated colours of acrylic and oil, and works with mixed media to add texture to the paintings. Layers are continually applied and then worked away, as she responds to music, poetry, and photographs. As the paintings develop intuitively, so representation gives way to abstraction.

MARIKA MIHALACHE IG: @marikamihalache Marika is a multidisciplinary artist interested in the constant change of the mechanism of life, human interaction, and an inevitable alienation from oneself in the process of transformation, identity search, and self-growth. Marika participated in international exhibitions, designed and facilitated creative workshops, and numerous live painting events. Her work is characterised by a spontaneous and playful approach to creating a lively universe with bold and intuitive strokes for the viewer to explore, enjoy, reflect and immerse in. Plenty of fish in the sea is part of the FOMO collection, a series of abstract and artworks based on the overwhelming anxious times we are living. FOMO reflects on choices: with so much going on, how can one distinguish clutter from valuable assets? If we are not here then where are we? contemplates the multidimensional presence that the digital world offers to the individual. While the physical body is present, the mind and soul can be somewhere else, all this while eating a takeaway pho, on the river banks, surrounded by rats, and hearing the &quot;music&quot; of Paris. How many times have you lived a modern love story only in your head?

FEK IG: @by.fek Artist and graphic designer Born in Argentina in 1995. Living in Barcelona since 2019 Facundo Kostelak, FEK, uses the body as a narrative of his ideas, involving himself in his works where he is traversed by detachment and passing to states that converge in a being that wants to deprive itself of itself. On the other hand, in his paintings, the degradation and distortion of objects are gestated, in addition to representing places that the artist once inhabited and where he expresses the passage of time by anchoring himself in the ephemeral gesture.

Polyxeni Vakou is a collage artist. Twenty years ago, she started experimenting with collage and since then she has not stopped creating artworks, usually from magazines and sometimes from cardboard boxes. During these years she developed her own, original, extremely challenging technique, which resembles the mosaic art. Her works have been exhibited in various galleries in Athens, such as Skoufa Gallery, Antonopoulou Gallery, as well as in the shop of the Benaki Museum, Athens. Moreover, she has written and collage illustrated children&#39;s books.

ERI IG: @eri_artwork Endrey Rodríguez Iglesias is a 24-year-old multi-style artist based in Spain, originally from Caracas, Venezuela. Inspired by her mother’s paintings, she embarked on her art Odyssey at a very young age, starting to attend art school at the age of eight. Endrey starts signing her paintings with the acronym E.R.I. that stands for her initials. As time passed, a deep fascination about modern artists such as Picasso and Pollock sparked in her, which introduced her to a whole new abstract world. Through abstract art, she achieves to connect with her inner self in order to create something that nobody ever before has created, unique and unrepeatable pieces of art where the purest expression of her personality can be found.

NOT FIGURATIVE AT ALL IG: @not.figurative.at.all Not Figurative at All is an artistic brand from Mar del Plata (Argentina), now based in Barcelona (Spain). It emerges with the concept of visualizing the feeling behind music. Inspired by great artists like Queen, The Smashing Pumpkins, Pink Floyd or Polo &amp; Pan, it searches, through the colour palette and the shapes, a reflection of the song or album´s personality.

LUCAS STOLZ IG: stolz_art Artwords Painting Letters, Writing Images There are a thousand ways to paint a letter – once you begin looking at it as an image. Lucas Stolz’s work is about this idea; that the shapes of letters can express more than just words. His experimental calligraphy practice also involves building custom large-format writing tools. The artist distils the fast-paced choreography of each letter in a composition that highlights the personality of the signs. Aiming his brushes, garden-sprayers and rakes at the alphabet, he evokes beautifully imperfect textures that transport character, emotions, conviction.

MAXI SCHRAMM www.maxi-schramm.com Maxi Schramm is perpetually collecting, cutting and reassembling. On her mind: who decides what’s pointless, useless, negligible? And where did all this stuff come from? Her influences and materials include but are not limited to infinite loops, endless scrolls, scraps, advertisements and pigeons. Outputs range from drawings and collages to videos, animations and purposeless web experimentations.

YULIA YAROSHEVSKA IG: @yulia_pm_art Yulia Yaroshevska was born in Kiev, Ukraine. She moved to Moscow in 1994, where she started her artistic training. She lived in London in 1999 to 2019, where she studied at the Slade and subsequently trained privately. Now she lives in Barcelona. Her chosen style of art powerfully combines influences from contemporary London with inspiration from the great era of Russian and Ukrainian avant-garde painting. Echoes of Kandinsky and Filonov sit comfortably alongside eastern notes, derived from Yulia’s travels throughout Japan. A passionate supporter of opera and ballet, Yulia Yaroshevska’s work combines abstraction, rhythm and colour to create works of emotional complexity in a variety of media, from etching, to watercolours and large oils on canvas.

NOEMI ROSWITA HANS IG: @itsnoecreative Noemi Roswita Hans is a contemporary artist living and working in Barcelona. With a background in design, her works range from acrylic painting to digital art. She has shown her works in Great Britain, Italy and Romania. She frequently switches back and forth between two major topics in her paintings: the presence of body and its absence. Her research on the Presence of Body primarily focuses on the female embodiment, explorations concerning sexuality, understanding of embodied awareness, morality and perception. Driven by a certain curiosity she started exploring also the Absence of Body – the power of abstraction and the mystical symbolism behind it.

MARTYNA WIKIERA IG: @missmartinea Wikiera Martyna is a polish abstract painter, graphic designer who combining her creativity with an endless passion for exploring new travel horizons. She started to create, being inspired by nature which is visible on her work where she uses different textures and structures imitating natural shades. Adoring traveling, bonding with nature and mindfulness are Martyna’s fundamental beliefs that guide her work.

MANUELA OSSA ANINAT IG: @manuelaossaaninat Manuela&#39;s work is born from an incursion into technique and experimentation with artistic materials. Her work is created with the mixture and contrast of different languages ​and techniques, creating a result that invites the viewer to observe; encountering different textures, directions, and spaces where details and sets form a whole. The objective is to create an imaginary landscape, a universe that proposes a game with infinity based on accumulations, colors, and atmospheres that seek to stimulate the perception of harmony and natural beauty, transporting it to an aesthetic, expressive, spatial, and organic dimension. Manuela Ossa studied Visual Arts in Chile. She has participated in numerous exhibitions, both individual and collective, and has participated in several art fairs.

ELIO JESÚS IG: @eliojesusvisualart Camaguey, Cuba. 1994 Blurring the boundaries between drawing, sculpture, and installation art, Elio Jesús is a Havana-based visual artist whose work addresses poetic and expansive themes of uncertainty, decadence, and resilience. Graduated from the University of the Arts of Cuba (ISA), Havana, Cuba; Elio has personal and collective exhibitions in countries such as Spain, USA, Portugal and Mexico, presenting his work in relevant artistic events such as the ARCO-Madrid Art Fair, the Contemporary Art Week in Mexico and the Havana Biennial. He has received scholarships such as the Noemí Award from the Brownstone Foundation, France; and his works are part of collections such as the Museum of Fine Arts of Cuba in Vienna, Austria.

MARIA EVSEEVA IG: @maevseeva Was born in 1967 in Moscow, Russia, graduated from the University of the Russian Academy of Education, URAO, Faculty of Economics and Business. In 2001 she moved to live in Barcelona. She was able to realize her desire to paint only in Barcelona,​​when in 2008 she went to painting courses at the Da Vinci school of art. From 2013 to the present she studies at the El Visor School of Arts. From 2020 began to participate in exhibitions. The last exhibitions of 2022 March – September Paks Gallery, Munich, Germany February Galleria La Pigna “State of the Art”, Palazzo Maffei Marescotti, Rome, Italy January M.A.D.S Art Gallery “I” The world revolves around ME, Milan, Italy and Lanzarote, Spain 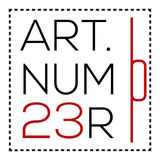